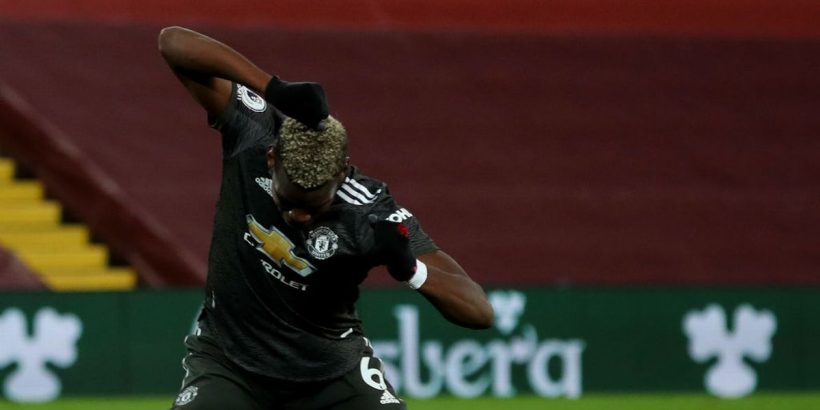 When Mino Raiola declared his client was looking to leave Old Trafford during 2021, the World Cup winner came in for intense flack.

While his on-field performances were targeted, it gave the opportunity for many to also question his commitment to the cause.

The 27-year-old was accused of being “selfish” by talkSPORT pundit Ally McCoist, while Sky Sports’ Jamie Carragher claimed United should get rid of him whenever they could. Ole Gunnar Solskjaer described his performance against Liverpool at Anfield as “absolutely brilliant”, the latest in a series of impressive displays by the midfielder.

His return to form has coincided with the Red Devils’ astonishing run of form that has seen them move to the top of the Premier League table.

But despite singling out Pogba for praise, the Frenchman was left furious following the 0-0 stalemate, after spurning a late chance to win the game for his side.

Aaron Wan-Bissaka managed to find him in the box and after a brilliant first touch, his well struck volley was saved by Alisson.

Pogba was seen taking out his frustrations on the Anfield turf, well aware of the huge opportunity he failed to convert.

Following the game, reports have claimed that he made an apology to his teammates, with many furious, not at him, but because they were unable to pick up a huge win over their rivals.

While the away dressing room were quick to accept any apologies from Pogba, it perhaps showed his true desire to win and his ongoing drive to succeed at Old Trafford.

Speaking earlier this month, the former Juventus star admitted he returned to his former club to be a serial winner, something he has been consistently in his career.

On the international stage, Pogba played a key role in France’s successful World Cup campaign in 2018, with Didier Deschamps a huge fan of his qualities.

Speaking about that triumphant run in Russia, Deschamps was asked about his player’s attitude from outsiders.

Should Man Utd offer Paul Pogba a new contract? Have your say here. “The rest of the world had an image of Pogba which didn’t really reflect who he is,” he said months after winning football’s biggest prize.

“There is an image of him that he is very individualistic, a bit self-centred, but that’s not the true Paul at all.

Deschamps has previously claimed he knows more about Pogba than any other manager and his willingness to accept responsibility on Merseyside, shows the selfish tag may have been wrong after all.