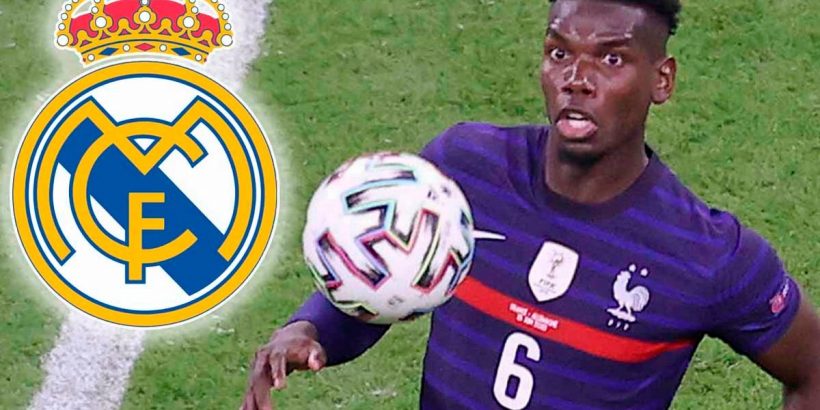 Paul Pogba would be 'delighted' if he completed a transfer to Real Madrid amid growing uncertainty over his Manchester United future.

Pogba, 28, has one year left on his current deal at Old Trafford but no progression has been in talks over an extension.

The French star has been in fine form for the pre-tournament favourites at the start of Euro 2020, putting himself in the spotlight ahead of another summer of speculation.

Pogba's future is unlikely to be resolved until after the competition, but he has already made his transfer stance clear, according to reports in Spain.

AS report that Pogba would be 'delighted' with a transfer to Los Blancos for the last major move of his career.

Pogba has never publicly committed his future to United and he has constantly been linked with a switch to the Bernabeu during his time in Manchester.

And the report claims that Pogba would have no hesitation to move to the Spanish capital should Carlo Ancelotti's side make a move.

Pogba is tempted by a switch and his mindset is not said to have changed despite the exit of compatriot Zinedine Zidane.

It is added that Madrid would not have any concern in paying Pogba's hefty wages, particularly because of his commercial value.

But is unclear whether new Real coach Ancelotti would actually be interested In Pogba, who would likely take a significant proportion of the club's transfer budget.

Meanwhile, the Mirror report that United fear Pogba could leave on a free transfer next summer.

Boss Ole Gunnar Solskjaer is desperate to keep the World Cup winner, but United would rather sell one of their star men than let him go for nothing in a year's time.