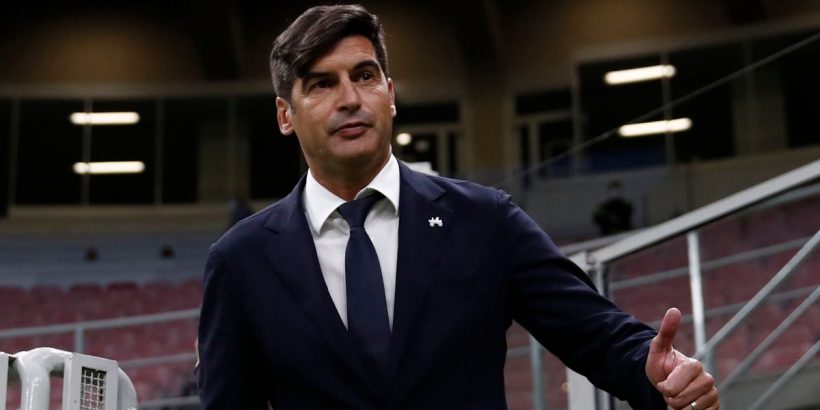 Potential new Tottenham manager Paulo Fonseca is in awe of Pep Guardiola and tries to watch Manchester City games whenever he can, according to reports.

The Citizens won the Premier League and Carabao Cup this season, while also reaching the Champions League final and an FA cup semi-final.

The Portuguese is set to be appointed as Spurs head coach this week and could implement a similar style to Guardiola.

Jose Mourinho will fill Fonseca’s vacant Roma position after the club finished 7th in the Serie A last season and lost to Manchester United in the semi-finals of the Europa League.

In an interview with The Athletic, Fonseca explains how he loves to watch City play under Guardiola.

“I like the changes he makes. The evolution from one league to another, Spain then Germany and England.

“Every game is a different story. From a technical-tactical perspective, there isn’t a league like Serie A. Here you have teams that start in one system and finish in another.

“They change multiple times in the same game and change during the season too so when you play them again it’s different.

“You have teams that play one opponent this way and another opponent that way. The system isn’t the only thing that changes either, it’s the strategies within them too. They change from game to game as well.”

Is Paulo Fonseca the right appointment for Spurs? Let us know in the comments section.

Fonseca had great success in his time at Shakhtar Donetsk, reaching the round of 16 in the Champions League in the 2017/18 season by beating Pep’s City to end their 29-game unbeaten run.

Despite his love for Guardiola, his first challenge as Tottenham boss will certainly be to keep star striker Harry Kane for at least one more season.