The Egyptian has won or shared in two Golden Boot awards since returning to the Premier League and signalled his intent to do likewise this season with a clinical treble at Anfield on Saturday.

Two penalties and a brilliantly struck half-volley proved too much for the newcomers, who scored three equalisers of their own – but were beaten by the Egyptian’s composure from the spot late on.

After the game, Salah noted the Reds have to improve defensively in future matches, but pointed to his experience in pressure situations as to why he was confident to score the winner.

“It was so tough, but its a good start,” he told Sky Sports.

“[Leeds are a] tough team, they press high and their intensity was good. We shouldn’t concede three but we had to react and did a good job.

“I scored a penalty in a Champions League final so this is a little bit easier! It’s just about keeping focus, score and get the three points.

“It’s a tough team, they had a great game. They play away, no fans [at Anfield] but still away and they act really well. Scoring three against us is unusual but I’m happy about the result and we have to keep improving.”

The Reds only dropped two points at home in the entirety of 2019/20, but almost started the new season by matching that in the first game.

Salah, meanwhile, is already looking sharp enough to be the tormentor-in-chief of many top-flight sides once more.

Sevilla out of Reguilon race

Sevilla are out of the race to sign Sergio Reguilon, who is a target for Manchester United, as the Spaniards push ahead with plans to sign Marcos Acuna from Sporting.

A Bola confirm a deal is all agreed, meaning United are in the clear to sign the Real Madrid left-back, but will not pay €30m.

Not just Emi Martinez who could be moving to Villa Park.

The Athletic’s Gregg Evans says there are “positive noises” about a move for Werder Bremen’s Milot Rashica.

He had previously been linked with Liverpool and RB Leipzig.

The Swede plays for Mainz in the German Bundesliga and he has a £14m release clause, but the Clarets hope to land him for a lower fee.

Quaison can play in behind the striker or down the wings.

We’re constantly told Spurs want another forward, an alternative to Harry Kane, but finding a successful second in command has proven tricky.

They say two other Premier League clubs have also enquired, but he wants to be a starter.

£20 million to Aston Villa and it looks all set for Emiliano Martinez and his departure from Arsenal. All the details are here. 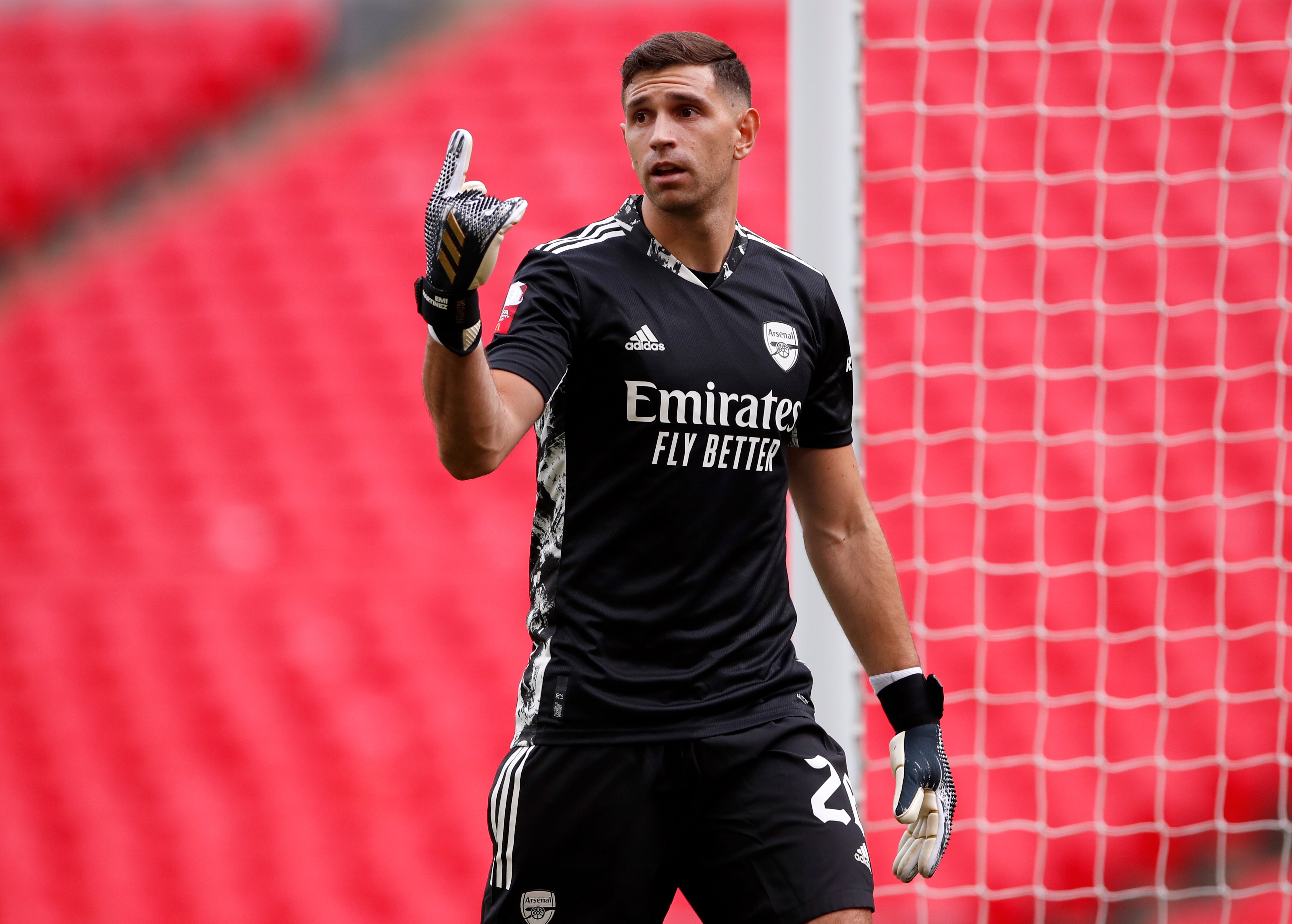 Benoit Badiashile is on Manchester United’s wishlist for summer and L’Equipe say the Monaco defender could be on the move.

United’s board have sanctioned the £23m asking price, they report, and a move could occur before the window shuts.

Bayer Leverkusen are also keen on him, but United could move quickest if Smalling completes his move to Italy.

A clinical edge and a dominant display made it a good all-round afternoon for Arteta’s men. 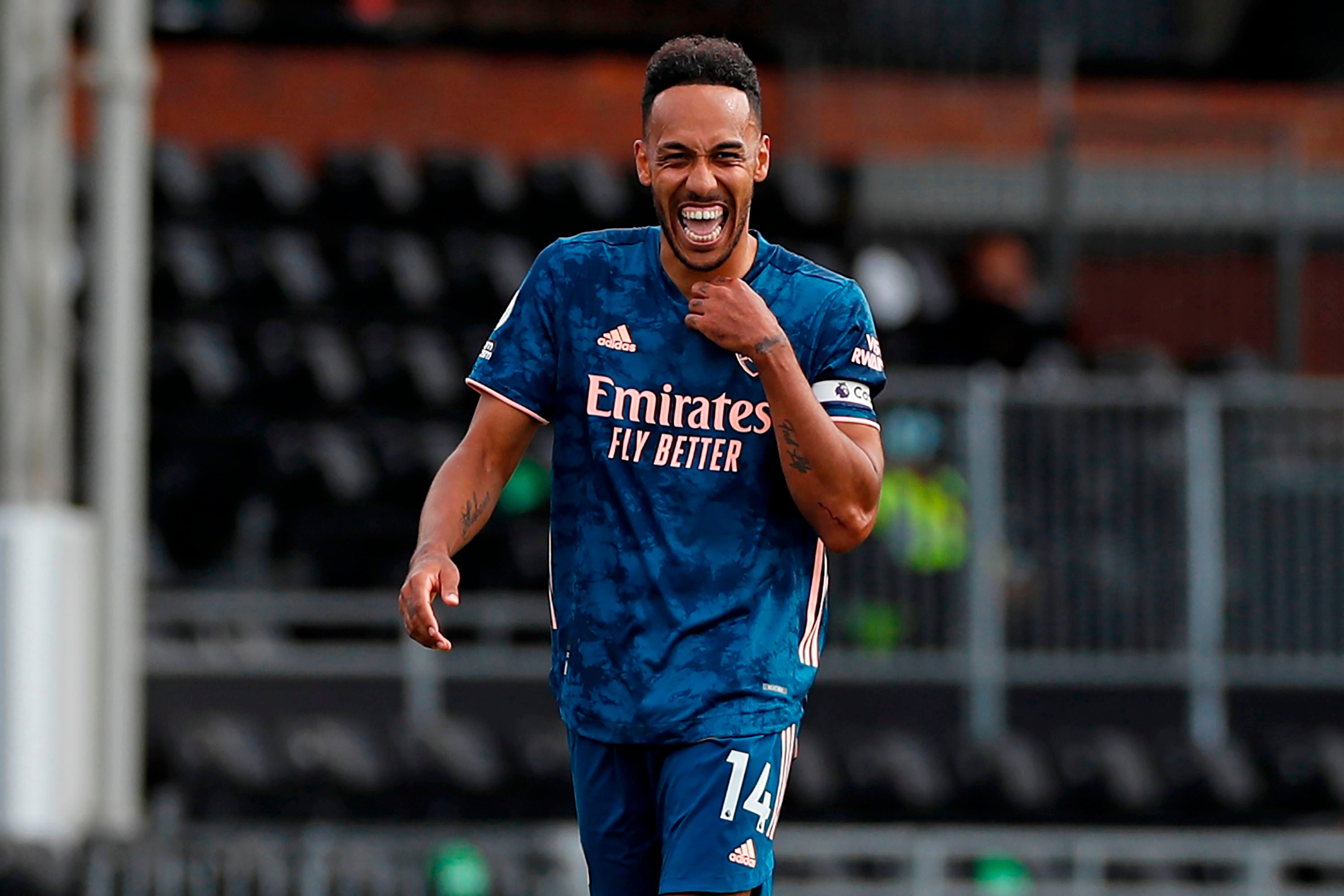 Fulham 0-3 Arsenal: Mikel Arteta’s side cruised to a comfortable victory

The new signings shine and Arteta’s plan progresses – here’s the start of the reaction to Arsenal opening 2020/21 with a win. 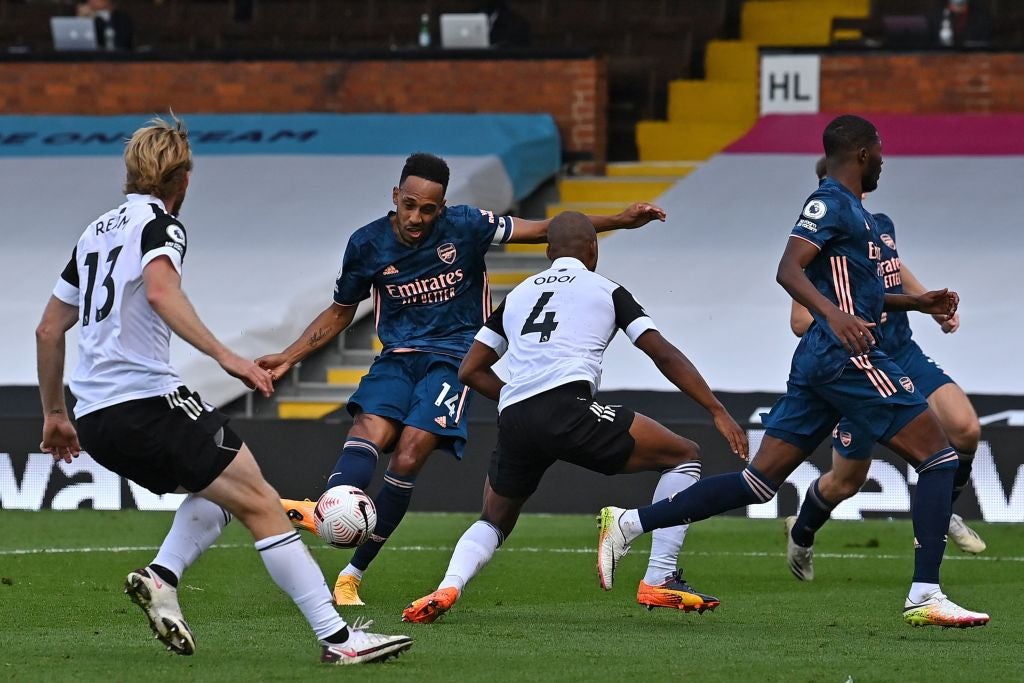 Fulham 0-3 Arsenal: Mikel Arteta’s side carried their fine form at the end of last season into the new campaign

Aston Villa have offered £16 million for Lyon forward Bertrand Traore, according to reports in France.

FootMercato say the bid was rejected by the Ligue 1 side, as they want more for the versatile performer.

Traore is not a starter under Rudi Garcia, who has opted for all of Karl Toko Ekambi, Memphis Depay and Moussa Dembele in the lineup ahead of him.