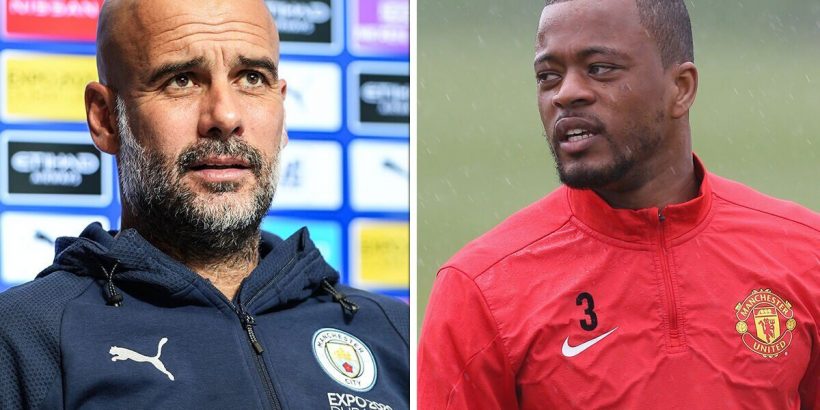 But Guardiola has hit back insisting nobody questioned the personality of their United side when Barcelona “destroyed them” in the Champions League Final in 2011. Evra had revelled in City’s misfortune claiming Guardiola did not want personalities in his side seeing himself as the leader of the pack.

Berbatov had been less inflammatory but suggested Guardiola’s side had lacked concentration and focus and displayed a “small team” mentality.

“Sometimes football happens. You cannot control it, emotion, many things. When we are constantly arriving in latter stages, semi-finals, finals last 4-5 years. This is chapeau, this is incredible.”

Guardiola’s side need four points to guarantee a fourth Premier League title in five years but with a goal difference advantage of seven over Liverpool victory over West Ham tomorrow may be enough.

The City boss was taking nothing for granted insisting that David Moyes side, still chasing a Europa League spot, will be dangerous opponents.

“West Ham are so strong in many departments, they are a top side and difficult game, at the same time, we know how important it is, getting three points would be an incredible step,” he said.

“But football changes so quickly – it can give you a punch in the face. I have watched the last times we played them and we do what we have to do. It is 11 months working to get here and won’t get distracted.”