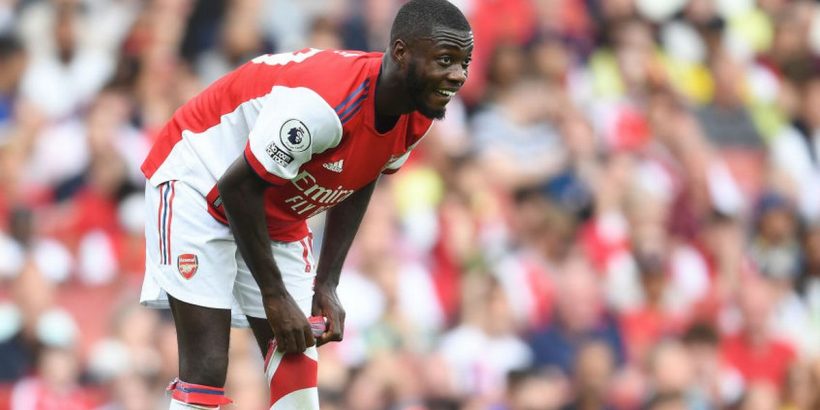 Nicolas Pepe was quick to delete an Instagram post joking about the prospect of Arsenal getting relegated.

The 26-year-old performed well in the Gunners first victory of the Premier League season, as they beat Norwich 1-0 at the Emirates.

Pierre-Emerick Aubameyang scored the deciding goal midway through the second half.

The ball came to Gabonese international, after Pepe had hit the post with an initial shot.

Since joining the North London club for £72million in 2019, the Ivorian has had his fair share of critics.

In 63 Premier League appearances, he has only managed 15 goals and eight assists, as he has struggled to replicate the form from his time with Lille.

Whilst Arsenal fans have been open in their criticism, he did receive praise for his display on Saturday, as he created seven chances during the game.

Clearly delighted with the result, he went to Instagram after the match to celebrate the three points and applaud the backing from the fans.

Despite fans being pleased with his performance on the pitch, they would’ve been less than impressed with his comments.

He captioned the post: “We are staying up!! Thank you Arsenal fans for all your support.”

Mikel Arteta’s side had gone into the international break with three defeats in their opening three games.

Where will Arsenal finish this season? Let us know in the comments section.

After back-to-back 2-0 defeats to Brentford and Chelsea, they were hammered 5-0 by Manchester City at the Etihad.

With Norwich sat just above them heading into Saturday, the match between the pair was jokingly dubbed as a relegation six-pointer.

Responding to Pepe’s post after the match, the Arsenal boss said: “I didn’t hear that but if it was done in a funny way, you have to accept it.”

The initial opening of the post has since been deleted, with some fans not seeing the funny side.