‘I have the chance to still feel like a footballer’: Pepe Reina is relishing his second chance in the Premier League with Aston Villa… as he admits he only joined AC Milan because Donnarumma was on the verge of leaving

Pepe Reina is looking forward to his new start with Aston Villa after returning to the Premier League on loan from Milan, and concedes he was only brought in by the Italians as possible cover for Gianluigi Donnarumma.

The Spanish goalkeeper played on English shores for nearly a decade between 2005 and 2014 in a Liverpool shirt lifting four trophies with the Reds and staking a claim as one of the best in his position in the world.

Since leaving Anfield he has had experiences in Germany and Italy, turning out for Bayern Munich under Pep Guardiola and recently at Napoli. 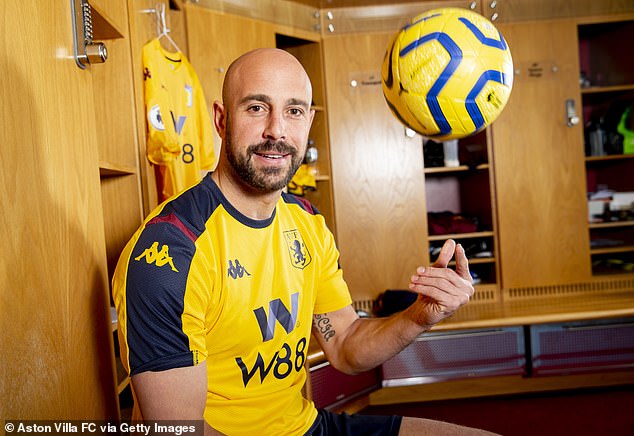 He joined his parent club Milan in 2018 on a free transfer but has had found starts to be limited, with Gianluigi Donnarumma the firm No.1 at the San Siro, making just 13 outings across two seasons.

But now the 37-year-old has made his Premier League return with Villa, he is looking forward to enjoying more game time in between the sticks after he was drafted in, and he believes the second chance will help him ‘feel like a footballer’ after long spells sitting on the bench.

‘The Premier League is the most fun league,’ Reina told Spanish radio station Onda Cero. ‘I come here with the idea of helping out and to do well. 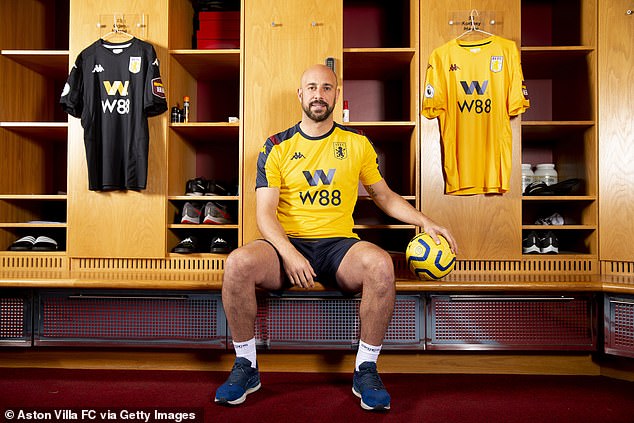 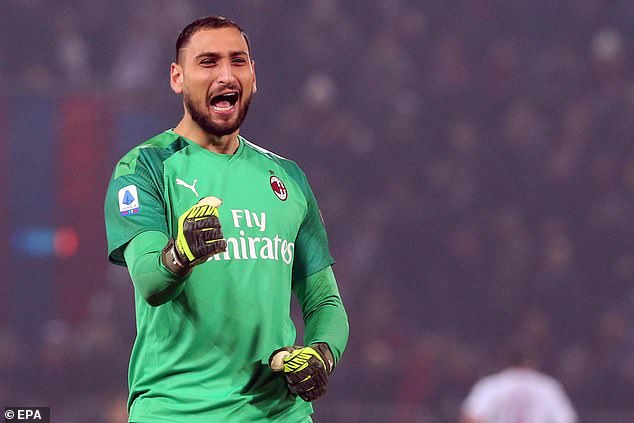 Reina was signed for AC Milan at a time when No.1 Gianluigi Donnarumma looked set to leave

‘I can play here, and I have the chance to still feel like a footballer.’

When Reina signed for Milan, it came at a time when Donnarumma’s future looked far from certain. The Italian international was involved in a contract dispute with his boyhood team, as he failed to agree new terms and with giants like Real Madrid and PSG all registering interest – he looked nailed on to depart.

His agent Mino Raiola had stoked the fire around a possible exit, and Donnarumma admitted his future was up to his representative amid rising interest in his services. 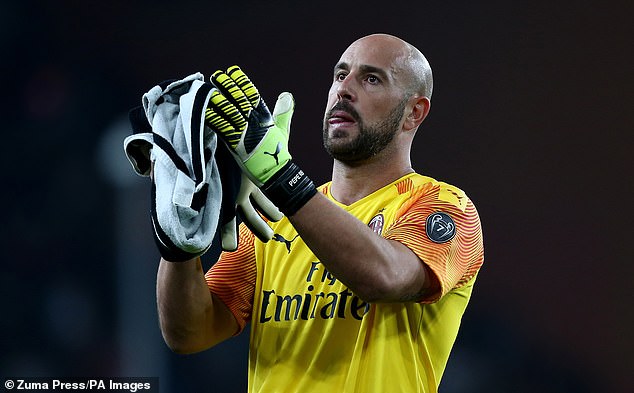 This led Reina to believe he was coming to the San Siro as the new No.1, but the man he thought he was replacing ended up staying put, and Spaniard insisted he continued to do his best for the club despite playing second fiddle.

‘I signed a year and a half ago,’ Reina added. ‘Donnarumma had to leave, but in the end he stayed.

‘So, I tried to do my best, both to play and to help Gigio grow. It’s a club that’s currently having difficulties on a sporting level. But they will soon return to being competitive.’