‘He’s got a touch like a trampoline’: Perth Glory striker Andy Keogh blasts Usain Bolt’s ability and claims retired sprint star ‘is not going to make it’ as a footballer

Bolt has been on trial with Australian club Central Coast Mariners since August.

However, former Republic of Ireland international Keogh believes that Bolt has no chance of becoming a professional footballer. 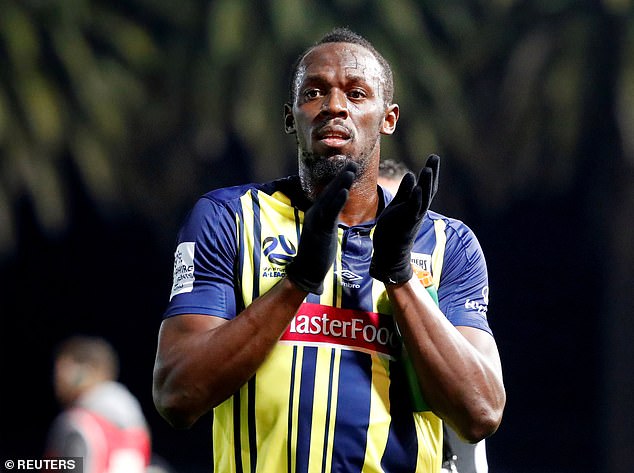 As reported by Off The Ball, Keogh said: ‘It’s nice to have the attention on the A League but him playing in the A League, that’s not for me. He’s 31. For me, he’s not going to be able to make it [as a footballer].

‘He’s shown a bit [of potential] but it’s a little bit of a kick in the teeth to the professionals that are in the league.’

Keogh, who previously played for Wolves, feels that, while Bolt’s involvement with Central Coast Mariners has provided Australian football with greater publicity, the overall situation is ‘farcical’.

Keogh said: ‘It’s fine from a marketing point of view but from a football perspective, it’s a little bit farcical.’ 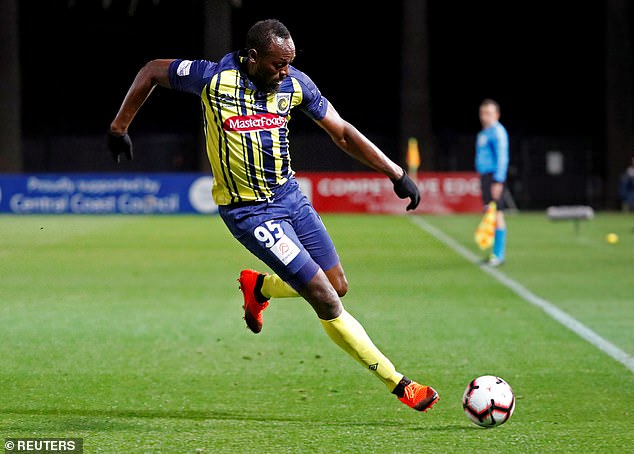 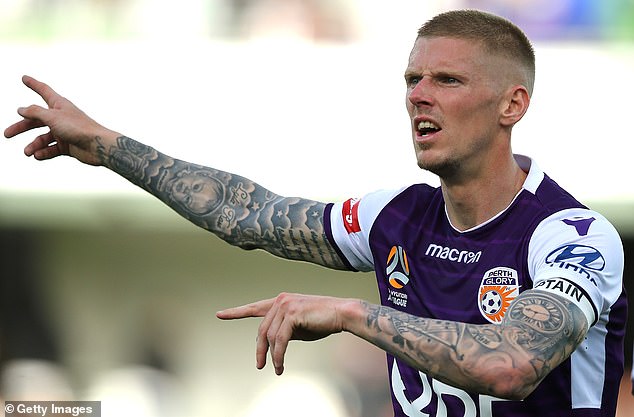 ‘If there’s someone who genuinely thinks he’d be a good football addition, I don’t think they should be in a position to make those calls.’

Bolt has been excluded from training with Central Coast Mariners after his management rejected a contract offer.

Despite scoring twice in a trial game, Bolt wasn’t named in the squad last weekend as Central Coast Mariners commenced their campaign with a 1-1 draw against Brisbane Roar.

Although the Mariners remain in talks with Bolt’s agent Ricky Simms, it seems unlikely that a deal will be arranged without the involvement of a third party.

Since retiring from athletics in 2017, Bolt has made no secret of his desire to become a footballer, and has trained with Borussia Dortmund, Mamelodi Sundowns and Stromsgodset.

The 100m and 200m world record holder rejected a two-year deal offered to him by Maltese club Valletta FC.