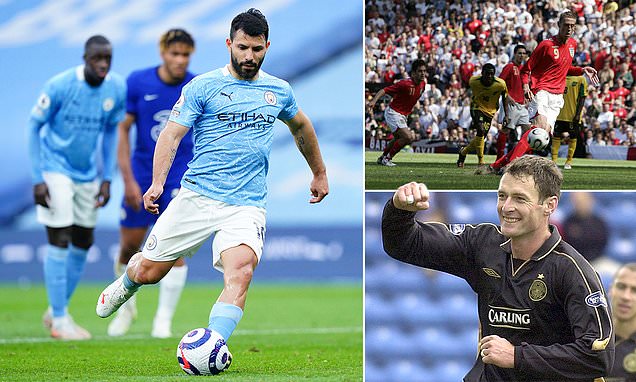 After Sergio Aguero’s failed Panenka ensured the Premier League title race goes on, PETER CROUCH recalls his infamous miss against Jamaica… while CHRIS SUTTON insists he only ever tried one when already 4-0 up!

Sergio Aguero had a match to forget on Sunday as he missed a penalty trying a Panenka and then watched on from the bench as Chelsea snatched all three points late on.

The script appeared to have been written for Aguero to make it 2-0 from the spot and send Manchester City on their way to securing the Premier League title, but the mood soon turned sour.

Sportsmail’s Chris Sutton and Peter Crouch give their verdict on the botched penalty, and their experiences of getting clever from the spot. 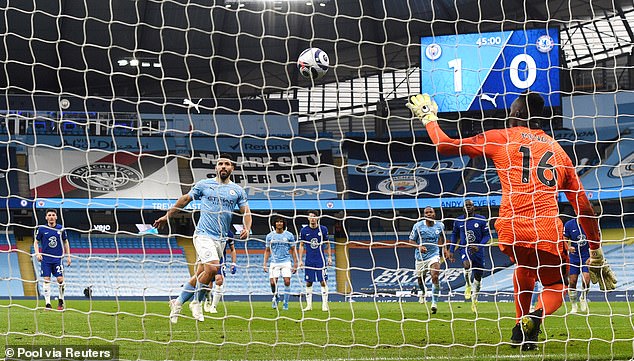 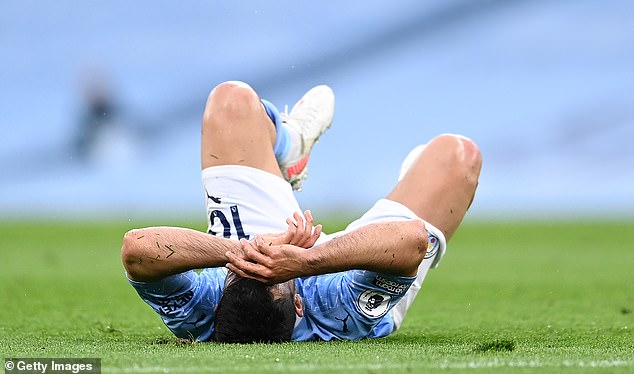 I once tried a Panenka penalty for Celtic and scored — but I waited until we were at least 4-0 up. If I hadn’t, my manager Martin O’Neill would have ripped my head off.

There is a show-pony in all of us (especially strikers) but you have to pick the right time to try to be clever. I’d have never dared to do it at 1-0, and definitely not when a title confirmation was on the line. That’s when laces are required.

Sergio Aguero knows he made a mistake. He’s apologised on social media. There’s been a debate about whether that was necessary, given how much he’s done for the club, but he’s accepted his lapse of judgment. 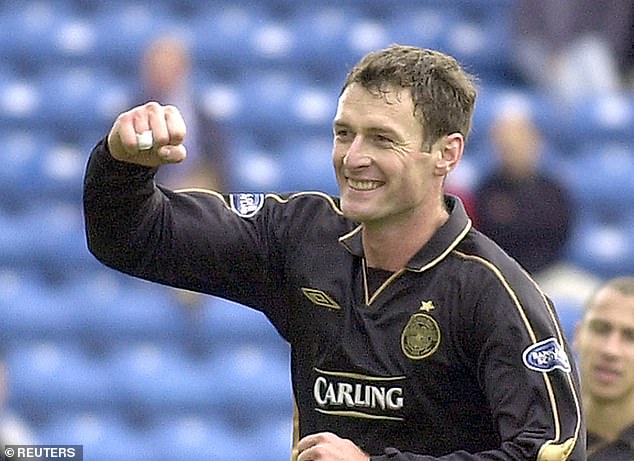 You do wonder how forgiving Pep Guardiola will be. He’d have loved to have had the title wrapped up on Saturday and to have secured a win over their upcoming Champions League final opponents, for psychological reasons.

We have to hope Aguero gets another chance from his boss to redeem himself this season. His City career should end on a high, not a Panenka penalty gone wrong.

PETER CROUCH: I put my panenka into the stand – I felt awful!

The first thing I’d say, in defence of Sergio Aguero, is that eight times out of 10 he scores that penalty. He hasn’t missed on purpose and, believe me, the criticism he has faced will not hurt as much as the embarrassment he feels.

I wanted the ground to swallow me up when I fluffed my lines against Jamaica at Old Trafford in June 2006. I was flying in that game. I’d scored two, I’d brought out ‘The Robot’ to celebrate and was loving life. I fancied completing my hat-trick with the Panenka. Instead, I put it into the Stretford End. 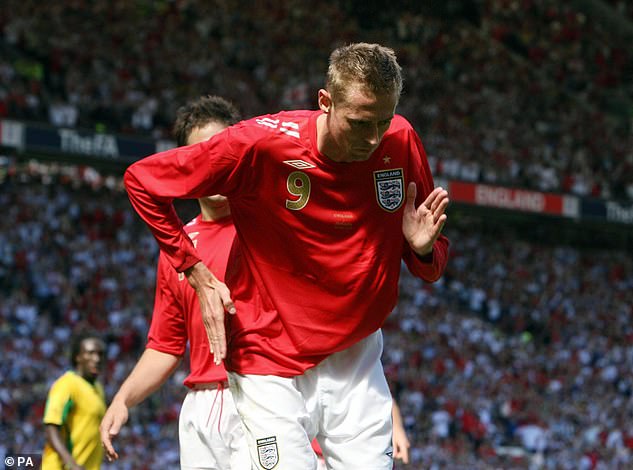 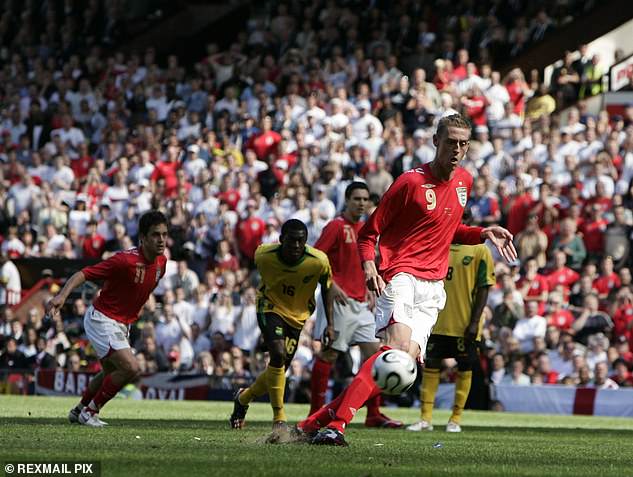 Though I went on to get my third goal, the only thing anyone said in the dressing room later was about my penalty.

I got hammered by the lads. I was also pulled to one side by Steve McClaren. ‘Calm down,’ he told me. ‘You’re representing England.’

Looking back, you know what? I would have regretted it for the rest of my life if I hadn’t completed my hat-trick.

How many chances do you get to score three for England? If I’d mucked mine up because of a botched Panenka, I’d never have lived it down.