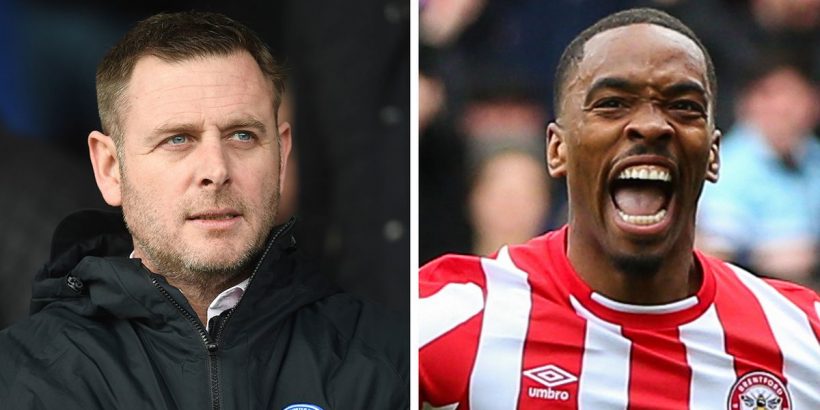 Peterborough United chairman Darragh MacAnthony put one football fan in their place after he was accused of overinflating players' prices on social media.

The Irish entrepreneur, 46, has overseen a meteoric rise at the Cambridgeshire-based club since taking the reins from Barry Fry in 2006. Missing out on Championship survival by four points, the Posh have established themselves as a yo-yo club between the second and third tiers with a keen eye for a top-class striker.

In their last four League One campaigns, it has been a Peterborough forward who has ended the campaign as the division's top scorer but Posh's goalscoring habits go back as far as MacAnthony's early days in charge.

Dwight Gayle, Britt Assombalonga, George Boyd, Lee Tomlin and Ivan Toney all turned out for United under MacAnthony's tenure and have since gone on to prove themselves as regular goalscorers in the second tier, with Gayle and Toney even excelling in the Premier League.

The next big name to break through at London Road is Harrison Burrows. The 20-year-old registered three goals and seven assists for relegated Posh last season and has been earmarked by several Championship clubs as a top target this summer.

HAVE YOUR SAY! Who is the 'worst chairman of all time'? Let us know in the comments section.

MacAnthony, though, has insisted it will take a top-dollar fee to pry him away from Peterborough, leading to one disgruntled fan accusing him of purposefully overvaluing his players.

"[SIC] If I was an owner I would never do business with P’boro, there owner must be one of the worst of all time when it comes to over estimating valuations of players," they wrote on Twitter.

However, the Posh chairman was having none of it and quickly hit out in reply with a brutal takedown as he wrote [SIC]: "Which one did I misvalue, Toney who went for £10 mill Worth lot more now, Gayle for £7 mill sold for £10 mill, Britt A [Assombalonga] for £7.5 mill (sold on for £15 mill), Tomlin £2 mill sold then for £3.5 mill..Just to name a few.. Clubs did ok buying them at my low values."

The brutal comeback went down a treat on social media, with fans taking to Twitter to praise MacAnthony for his transfer policy. "You run it very well. Clear to see. You must have a top grade scouting team. I have been saying for years that Cobblers (my local team) need to follow the structure etc you have in place," posted one fan.

"I think you run your club brilliantly Darragh, any chance we could buy JCH at a discounted price," joked another. "You sold Conor Washington for £3.5m to QPR. Genius," quipped a third.

Whilst even the fan that posted the original insult was quick to concede they were wrong: "Any chance of getting a job at your club mate? Big fan of the way you run the club."