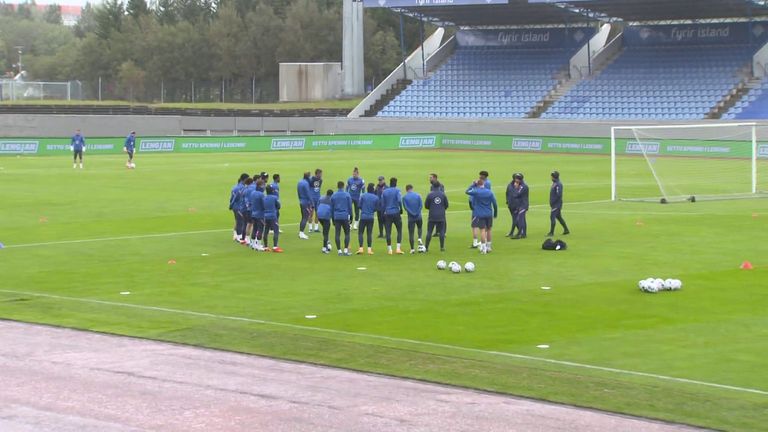 Phil Foden and Mason Greenwood both missed England training on Monday and are doubtful for the UEFA Nations League fixture away to Denmark.

The pair were the only players absent as Gareth Southgate took his final tactical session at the Laugardalsvollur Stadium in Reykjavik before Tuesday’s game.

Kieran Trippier and Danny Ings are both fit for selection despite suffering a head clash during training on Monday morning.

A sprint drill saw the two players collide and fall to the floor, with both needing attention from the England medical team.

Trippier had to leave the field for about five minutes but returned and took part in the rest of the session.

With Foden and Greenwood likely to be absent, Southgate will have a squad of 22 to choose from for the game in Copenhagen, which is live on Sky Sports Football from 7pm on Tuesday.