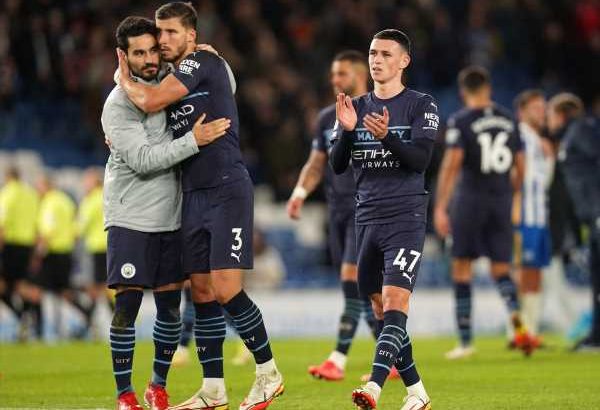 Ilkay Gundogan believes Phil Foden can be crucial to any Manchester City success this season.

The England international starred in Saturday’s 4-1 Premier League win at Brighton scoring twice in the first half after Gundogan had put the visitors ahead.

Alexis Mac Allister pulled one back from the penalty spot before Foden provided an assist for Riyad Mahrez’s late strike.

Pep Guardiola lauded Foden after the match as he continues a fine start to the campaign for club and country.

Gundogan, too, has been impressed with what he has seen from the 21-year-old: “He’s amazing,” he told City+.

“He was already last season and is also this season. He’s exactly the type of player we need to be successful.

“He was exceptional again. It doesn’t matter if he plays up front or on the left, with his mobility, his movements and his smell for the danger, he can help us in every single position. 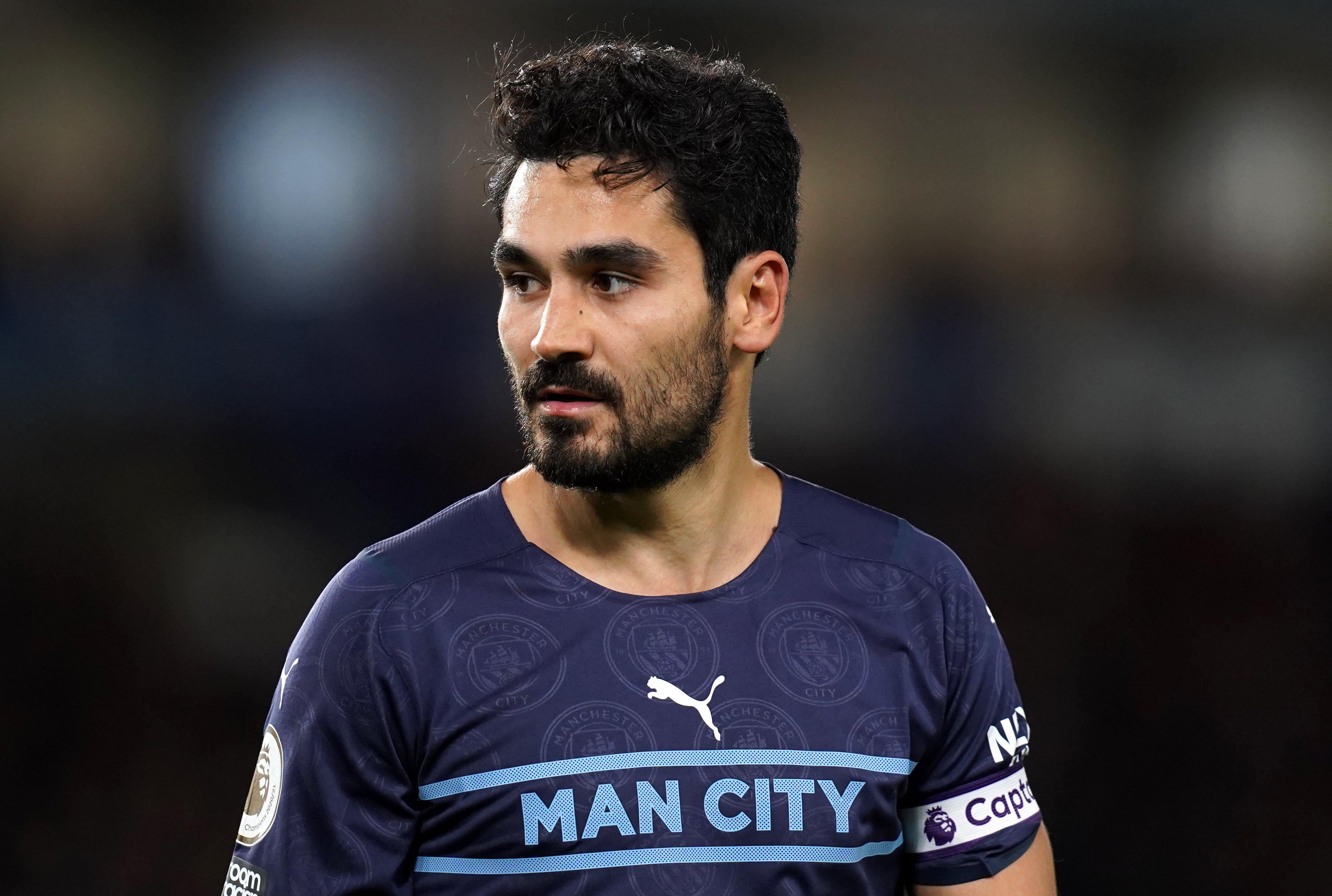 “We are very pleased that we have him. We will try to support him as much as possible so that he continues the way he is playing.”

As well as heaping praise on Foden, Guardiola also hailed Brighton counterpart Graham Potter as the best English manager in the game.

He also singled out Adam Lallana’s performance for the hosts, enjoying a conversation with the former Liverpool midfielder after the game.

“We had words at half-time,” Lallana said after an opening 45 minutes which saw Brighton played off the park.

“We said we could play better and show our character. We need to be more ruthless as a team, have more belief as a team when we are going forward and turn those half-chances into goals and continue to make forward steps.”

Lallana also feels those improvements can be made by studying a number of the players the Seagulls came up against on Saturday evening. 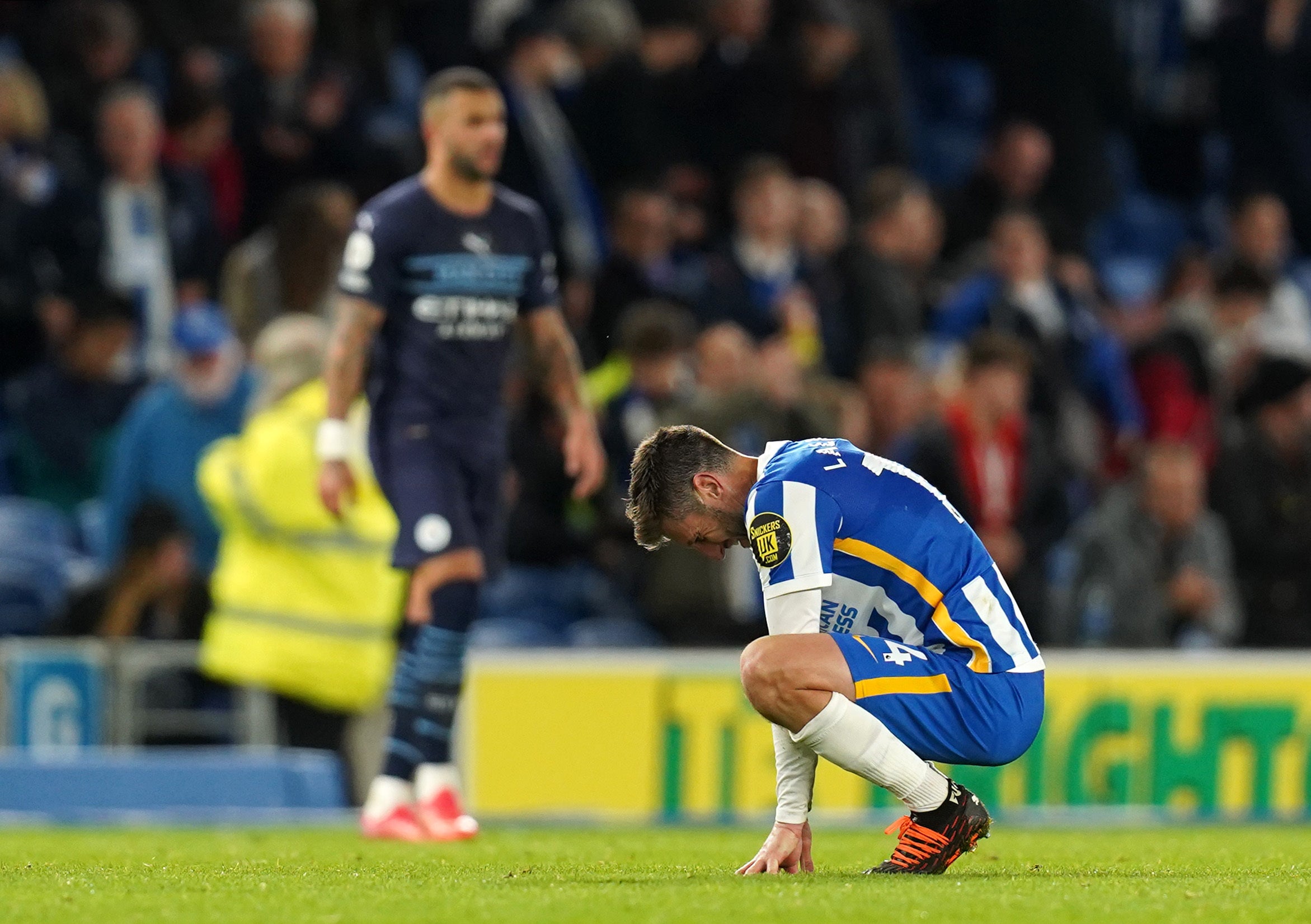 “They are the champions of England,” he added.

“They lost the Champions League final so they are one of the best teams in the world but not just technically but the way they work and the way they run.

“Phil, Bernardo Silva, Jack Grealish – it is great for our players to watch them and learn because talent is not enough, you need to be able to work like dogs without the ball.

“I think when we look back there probably are positives to take but I can’t help feel we gifted them a couple of chances first half where if you want to beat the champions you have to play the perfect game.

“It felt like we got punished every time we made a mistake and we will learn from that, we have got lads in the team who are constantly growing.

“As long as we learn from this game today then it will be a massive step for us in the right direction.”