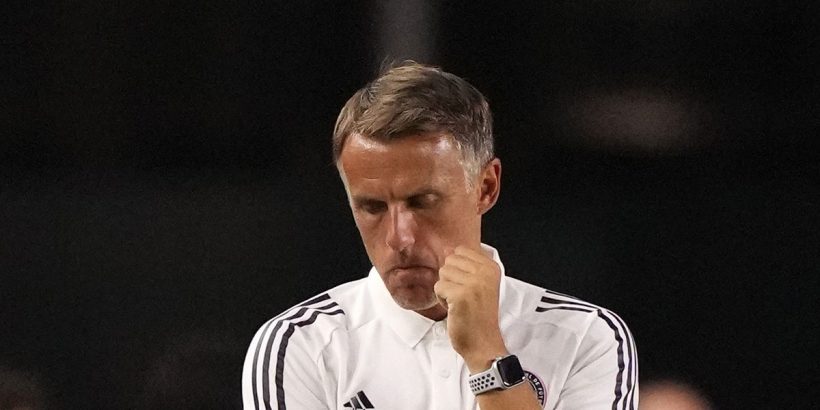 Phil Neville admits he needs to “take a long, hard look” at himself after a miserable start to his tenure as Inter Miami manager.

Neville’s side lost their sixth successive Major League Soccer game on Wednesday as they were thrashed 5-0 by New England Revolution.

Inter are bottom of the Eastern Conference after winning just two of their first 12 games under former England Women boss Neville.

Neville told reporters at a press conference: “It is the lowest in terms of my feelings after a defeat that I have had since I came to this football club – and we have had some disappointments. “You can lose games in football but the manner in which we lost tonight was – I’ve said the word unacceptable in the past, but this feels worse than that.

“We win, we lose together. You will never find me blaming (anybody else).

"I will take full responsibility for that and ultimately it is my job to make this team better and at this moment in time they are not.”

Inter, who are co-owned by Neville’s former Manchester United and England team-mate David Beckham, are in their second season in MLS.

Neville was appointed in January after three years in charge of England Women.

Do you want an exclusive pre-season preview of YOUR club – both in your inbox and through your letterbox? Head over here to find out more and secure your copy