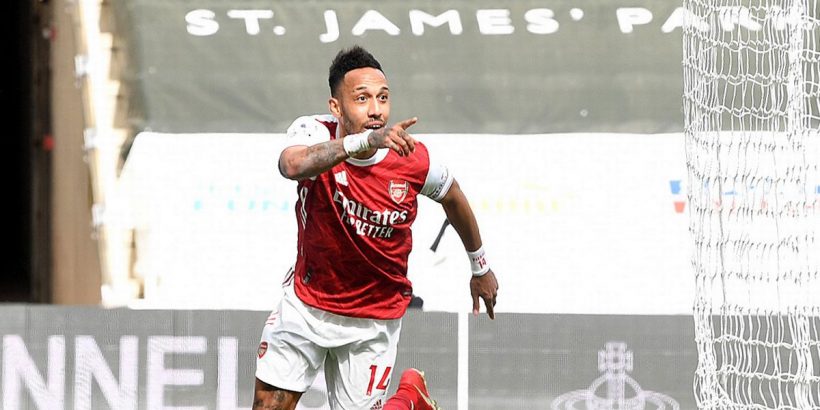 Pierre-Emerick Aubameyang is confident of being fit to start Arsenal's biggest game of the season.

Gunners captain Aubameyang started the win at Newcastle on Sunday, lasted 77 minutes and is determined to face Villarreal on Thursday.

Aubameyang has been struggling for match fitness after revealing last month he had contracted malaria while on international duty with Gabon.

Arsenal boss Mikel Arteta is set to be without Alexandre Lacazette as they chase a victory in the return leg after losing 2-1 in Spain last week.

Arteta had been worried about Aubameyang’s fitness levels and saw Newcastle as a major test so will be relieved that he should be able to start with his big name striker.

The Europa League is Arsenal's last hope of getting into Europe next season. They have been in European competition every year since the 1995/96 season.

Arsenal will be desperate to get back into the Champions League to also boost their finances and plans for the summer.

Aubameyang came on in the 85th minute in the first leg of the Europa League tie with Villarreal on Thursday.

Then on Saturday, he marked his return to the starting XI with the second goal away to Newcastle United.

It was the 31-year-old’s 15th goal in 35 appearances in all competitions for the Gunners this season.

And speaking after the victory at St James’ Park, Arteta acknowledged it was a real boost to see his captain back in the squad.

Arteta said: “We thought he wasn't going to manage that (coming off the bench last week).

“On Thursday, the day before, he was really struggling, to be fair, he could only manage to play 10 or 15 minutes.

“But the day after and the day after, he started to feel better and it's good to see that he was fine today. He performed well and he scored a goal, so it's a real boost.”