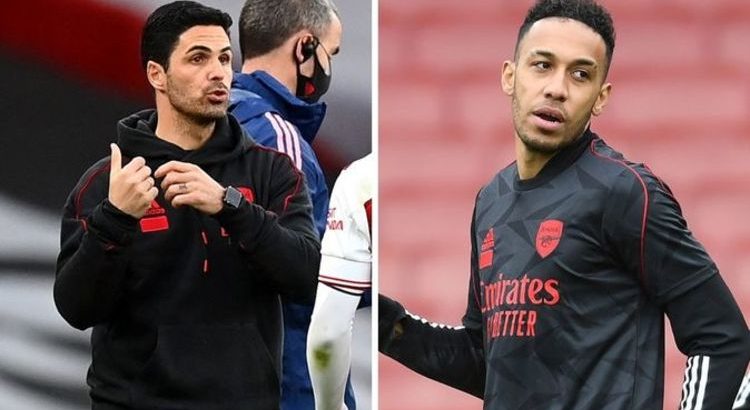 Arsenal may well have a decision to make on Pierre-Emerick Aubameyang’s future at the club this summer following his latest disciplinary issue. The Gunners got their wish last summer when Aubameyang put pen to paper on a new contract, ending speculation that he was looking to leave the Emirates.

But it’s been a season to forget for the Gabon international so far – both on and off the pitch.

Aubameyang has been Arsenal’s main source of goals ever since joining from Borussia Dortmund in January 2018.

However, he’s been a far cry of his former self this campaign so far with just nine league goals in 23 matches – three of which came against Leeds last month.

He was on the scoresheet last weekend against Burnley and also scored the winning goal against Benfica to send Arsenal through to the Europa League round of 16. 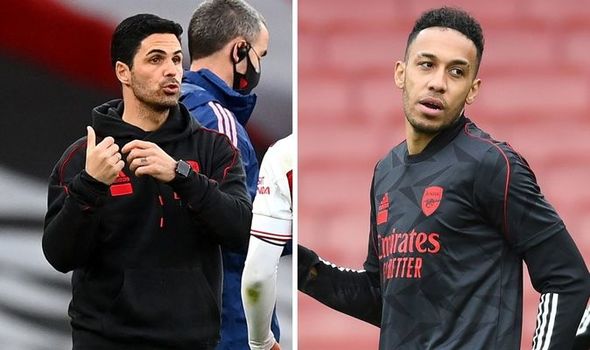 But he’s come in for criticism from Arsenal fans this season who have seen a drop in Aubameyang’s overall performance.

And his off-field issues haven’t helped either as just last month he appeared to break lockdown rules to get a new tattoo.

Arsenal made it clear that they were going to ‘talk’ to Aubameyang about his actions and remind him of his responsibilities.

He was also disciplined earlier in the season for missing a COVID-19 test before a European trip.

Aubameyang was in Arteta’s bad books once again on Sunday as he is said to have reported late for the north London derby on Sunday.

Arteta disciplined the club captain by dropping him to the bench but his latest issue may well lead Arsenal to making a decision on Aubameyang’s future this summer.

The striker turns 32 years of age this summer and his contract now doesn’t expire until 2023.

With Aubameyang struggling to rediscover his best form, and Arteta seemingly growing frustrated with the forward, now might be the time to cash in. 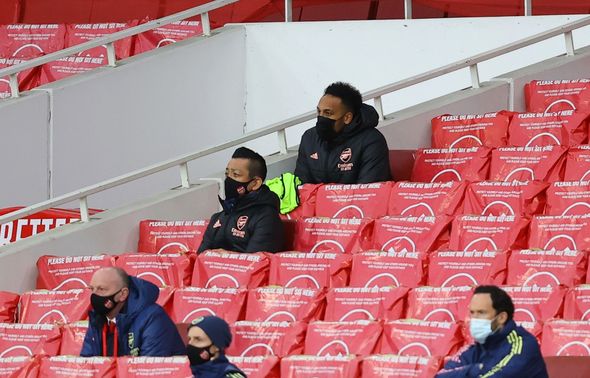 Lacazette’s future will also be addressed this summer with the Frenchman turning 30 in May.

Arteta has made it clear that he’s ready to give youth a chance and the young players have arguably been the best players at Arsenal this season.

With the prospect of missing out on European football altogether this season, the Gunners may see this as a chance to build a fresh with a new front line.

And there could be a number of talented young strikers across Europe who may peak Arsenal’s interest.