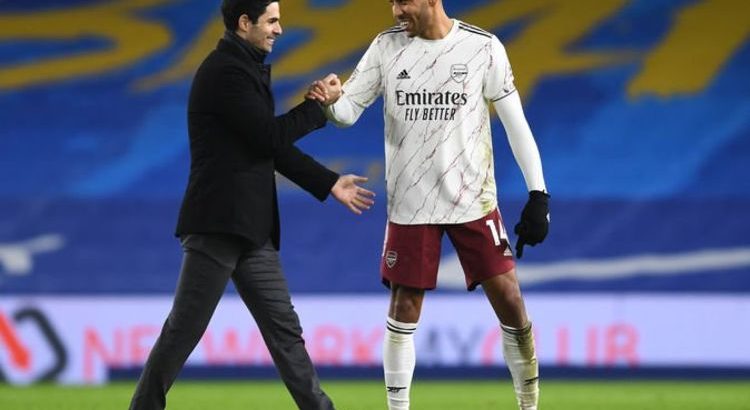 Pierre Emerick-Aubameyang is ‘happy’ to stay at Arsenal this summer despite a number of likely outgoings at the club.

Mikel Arteta is set to overhaul his squad this on the back of another disappointing season for the Gunners, with as many as five first-team players heading for a potential exit.

Hector Bellerin, Granit Xhaka, Bernd Leno, Alexandre Lacazette and David Luiz could all leave the club in the upcoming window as Arsenal get to grips with the possibility of failing to secure European qualification, the Guardian has explained.

The last time the Gunners missed out on European football was in 1995 when the club finished 12th in the league, which could prompt Arsenal into making wholesale changes.

One player expected to remain at the Emirates, however, is star striker Aubameyang. 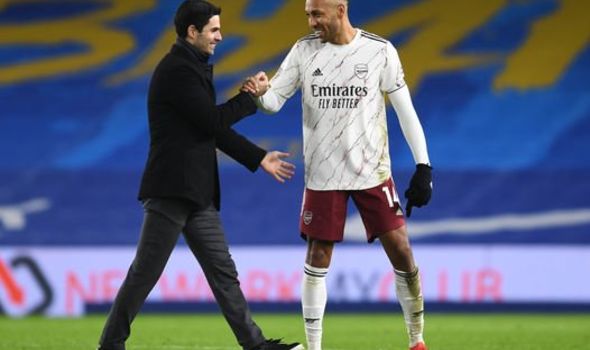 The Gabonese international penned a new three-year deal at Arsenal last September on the back of an inspired individual campaign but has been unable to reach the same levels this season.

Aubameyang’s current return of ten Premier League goals marks a significant drop-off in comparison with recent years, though it’s understood that the 31-year-old is not planning a move away from north London.

There are big decisions to be made this summer as Arsenal look to continue their rebuild under Arteta and become a top four team again.

The Gunners have trailed the league leaders by a significant distance in recent years while also failing to salvage silverware in Europe.

Suffering defeat to Villarreal in their recent Europa League semi-final meeting represented a final chance of success for certain players in the group, who failed to deliver as Arsenal lost 2-1 on aggregate.

Recent comments made by Arteta would suggest that he knows changes are required to reach the next level as a team.

The Spaniard said he judges himself on whether he is getting the maximum out of his players. When asked if he felt this was being achieved, he responded: “With the majority of them, yes.”

“[We can make it all of them] by finding a different way to do it, challenging them again, putting somebody next to them to try to push them again.

“Some of them can get to a certain level and you cannot push any further. If you want to evolve that, it’s not possible.

“The [level is the] one that we’ve shown because in 38 games it doesn’t lie.”

Ainsley Maitland-Niles, Reiss Nelson, Joe Willock, Matteo Guendouzi and Lucas Torreira are five other individuals the club may look to dispose of as Arsenal adopt a new strategy.