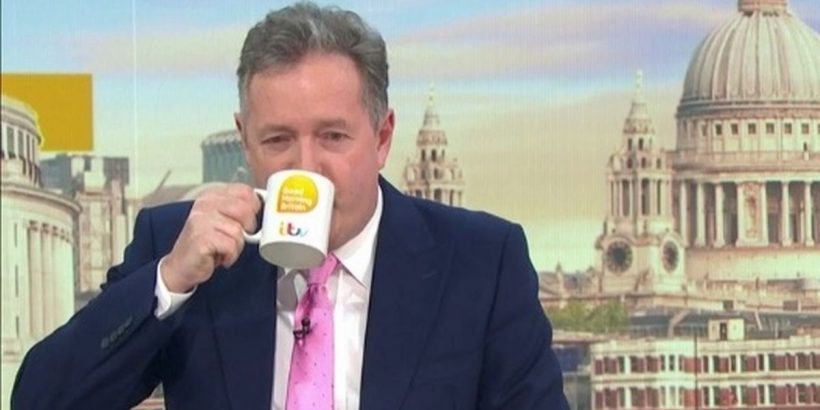 The Gunners fought from a goal down to win at the King Power Stadium, thanks to goals from David Luiz, Alexandre Lacazette and Nicolas Pepe.

Gunners boss Arteta chopped and changed his line up from last Thursday's Europa League win over Benfica. Pierre-Emerick Aubameyang, Bukayo Saka and Martin Odegaard were all on the bench, along with £45million summer signing Thomas Partey.

Incensed by the line up, Morgan took to Twitter claiming Arteta had made the wrong call and questioning the club's desire to fight for a top four place.

Needless to say, the result firmly put the GMB presenter in his place and he made a grovelling apology on Monday morning.

"People are wondering why fans like me never get to be made managers of football teams. This is what I tweeted before kick-off yesterday:

"'Saka, Partey and Aubameyang all on the bench?

"This is a 6pt game – we should be putting out our best team from the start, or have we given up on Top4?'

"Well, we won 3-1 with that team. So I would like to humbly and grovellingly [sic] apologise. You were completely right with your team selection, you rest our best players, quite rightly, for the Europa and next league game.

"That's why you should really stay off Twitter, fans. Because the internet keeps receipts."

Arteta handed starts to Willian and Nicolas Pepe against Leicester, with the pair struggling for form this season.

But with both players impressing, Arteta was pleased with his squad's progress.

"The team is clearly improving, it's taking a direction I like. It's about consistency," Arteta said at full-time.

"We are still giving things to the opposition – we did it against Benfica and we did it today. It's something we have to eradicate to give ourselves the best possible chance.

"It's about how we played against top-quality opposition. We have to impose ourselves, it doesn't matter who we play against, we have to have courage. I'm proud about winning but obviously the way we've done it.

"The way we are playing looks much closer to what we want. The way the team is evolving, we have some consistency in recent months. All the time I say the same: it's about consistency."

On Willian, who registered an assist, Arteta said: "He was really good, but we've seen that in training in the last few weeks. He is revealing himself, not accepting the situation. I think he was the player that changed the game against Benfica, and again today."