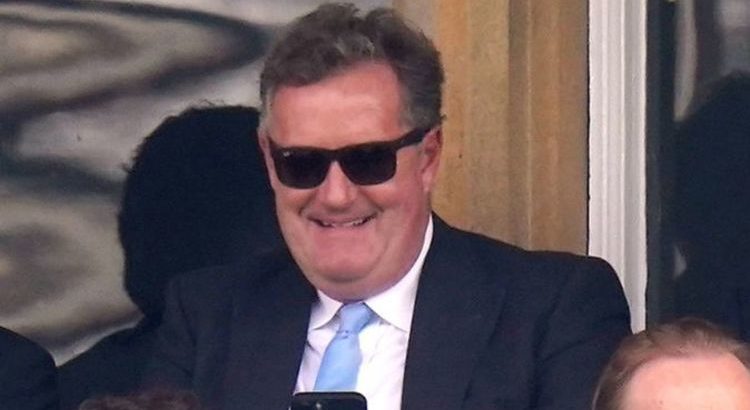 Piers Morgan joked that he’d like Arsenal to sign Paul Scholes following the Manchester United legend’s star showing at Soccer Aid. Scholes ran the midfield for England as they faced a World XI in the annual charity match in aid of UNICEF UK – and celebrity Gunners fan Piers reckons he could do a job for Mikel Arteta’s side.

Scholes, 46, rolled back the years as he and Wayne Rooney pulled the strings at the Etihad – although the World XI went on to win 3-0 as England’s defence crumbled in the second half.

The United legends were reunited with former team-mate Gary Neville, while ex-Red Devils Patrice Evra and Darren Fletcher lined up for the opposition.

But it was Scholes who impressed early on as England failed to make the most of his virtuoso performance in midfield – which included a dazzling Rabona pass to switch play in the first half.

Morgan, took to Twitter during the first half to praise Scholes’ performance, saying the 11-time Premier League title-winner would get into his beloved Arsenal’s current team.

“I’d take Paul Scholes in Arsenal’s current midfield,” tweeted the broadcaster and journalist, who has been a vocal critic of the current Gunners side.

His recommendation comes after Arteta’s side lost their first three games of the new Premier League season – including a 5-0 thrashing by Manchester City in which Granit Xhaka was sent off during the first half with the Gunners already two goals down.

Xhaka has faced criticism after his early dismissal left Arsenal facing an uphill struggle, while Arteta’s other midfield options Mohamed Elneny and Thomas Partey have also struggled to convince at times.

But any tongue-in-cheek hopes of persuading Scholes out of retirement look set to be met with short shrift.

Back in 2015, two years after he hung up his boots a second time at United, Scholes was asked by Neville whether he would consider another comeback to play for Salford City in the FA Cup.

The former England right-back said: “What do you think about playing for Salford against Ashton United in the FA Cup? One word answer.”

Morgan wasn’t the only one to want Scholes in his team following the former England midfielder’s performance at the Etihad.

United fans saw enough to want him in Ole Gunnar Solskjaer’s engine room in place of the much-criticised Fred, with others impressed by Fletcher’s display for the World XI.

“Anyone at @ManUtd thought about getting Paul Scholes in to replace Fred?” one supporter wrote on Twitter, with another posting: “Paul Scholes and Darren Fletcher Both playing like they can still play, get them in the United midfield instead of Fred.”

United fans also called for Rooney to come out of retirement – despite England’s record goalscorer missing a late chance to get his side back into the game.