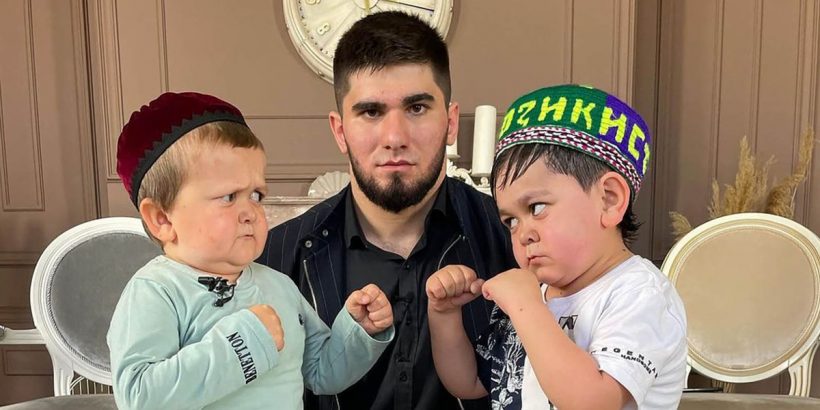 Hasbulla was given the choice between three fighters in Logan Paul, mixed martial artist Henry Cejudo and Conor McGregor before picking the latter as a future opponent.

The 18-year-old stands one metre tall and weighs two and a half stones but did not hold back after being shown a picture of McGregor by his promoter Asxab Tamaev.

After failing to set up a highly-anticipated bout between himself and rival Abdu Rozik due to complaints about it being unethical, Hasbulla has set his sights on one of the biggest sports stars on the planet.

Hasbulla’s reference to McGregor talking too much could be in relation to the Irishman taunting and mocking compatriot Khabib Nurmagomedov’s culture in the lead up to their fight in 2018.

McGregor came under fire for calling Khabib a ‘Dagestani rat’ among other controversial remarks.

While Khabib indeed ‘punished’ McGregor, winning by submission on his way to securing the UFC Lightweight Championship belt, Hasbulla’s request is highly unlikely to amount to anything.

Do you think McGregor will respond to Hasbulla's call out? Let us know in the comments section.

The teenager has a condition known as Growth Hormone Deficiency (GHD) which makes people look short in stature while possessing other normal body proportions.

Hasbulla is a blogger who shot to fame after his hilarious videos spread on social media, most notably a face-off between he and Abdu Rozik who shares a similar condition.

The Sports Association of Little People of Russia already expressed their disapproval of the bout and a fight against 5’9 McGregor could be deemed several more steps unethical.