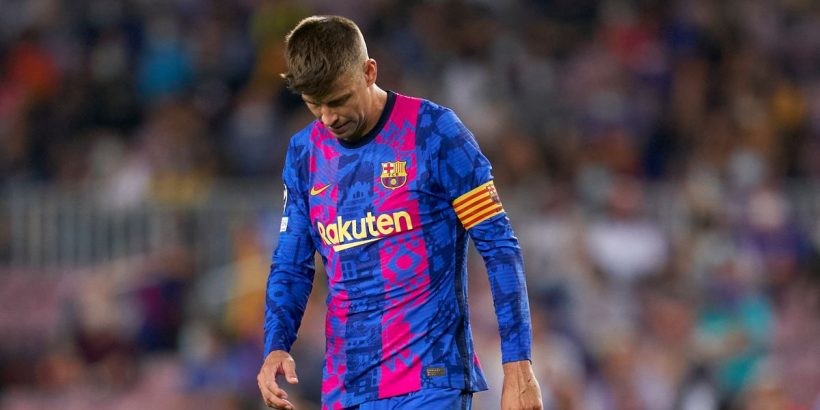 Gerard Pique has hit out at Barcelona's summer recruitment following a 3-0 defeat to Bayern Munich in the Champions League on Tuesday evening.

The La Liga giants have undergone a summer of upheaval, losing star man Lionel Messi to PSG whilst having to sort out their financial difficulties in order to register players for the new season.

And in their first European outing of the new campaign, Ronald Koeman's side were thrashed on their own patch with Robert Lewandowski netting a brace for the away side.

Vice-captain Gerrard Pique was not happy at the full-time whistle and highlighted the lack of experienced options from the bench as a serious concern going forward.

"We competed in the first half, Bayern took the lead with a deflected goal," said the centre-back following the 3-0 defeat in the Champions League.

Is Ronald Koeman the right man to turn Barcelona's fortunes around? Let us know in the comments section.

The difference in squad depth between the sides was palpable.

While Bayern Munich called upon the likes Serge Gnabry, Leroy Sane and Marcel Sabitzer from the bench, the Catalan giants finished the match with six players under 23 years of age on the field.

With club legend Lionel Messi no longer around to bail them out, Barcelona are in desperate need of attacking reinforcements.

The defeat means Barcelona have lost their last three Champions League matches at the Nou Camp for a combined scoreline of 10-1.

Where was once a place teams feared to tread has become a happy hunting ground for opposition sides.

Next up for the five-time competition winners is Benfica, who they will face at the end of the month.