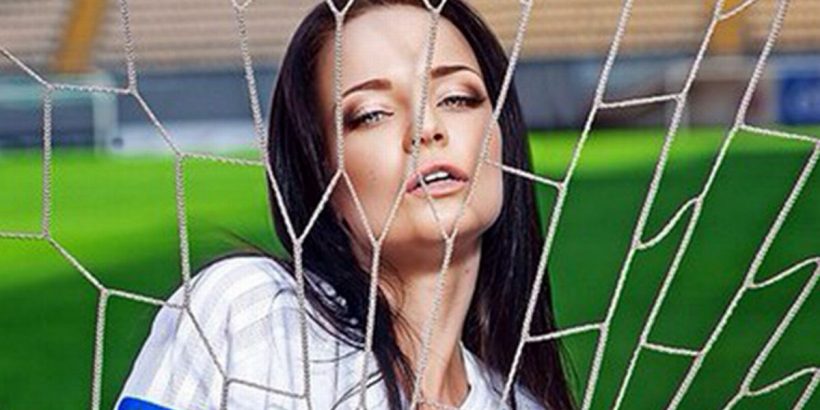 Back in 2015, model Angelina Petrova came up with an innovative tactic to try and save her local football team from financial oblivion.

Petrova, who has modelled for organisations such as Playboy, decided to strip down to try and save her team, FC Metalurh Zaporizhya.

The model took to the side of the pitch in their shirt and as was snapped by a photographer.

However, the shirt quickly disappeared, and one snap depicted Petrova with just a scarf to protect her modesty.

FC Metalurh Zaporizhya then sold the photos on posters as well as putting her image on souvenirs in a last-ditch attempt to raise funds.

Petrova was born in Zaporizhzhia, a city in southeastern Ukraine, and it's also the home of the club then-called FC Metalurh Zaporizhya.

However, Petrova's efforts were in vain as a couple of months later the club declared bankruptcy, and the side inevitably folded that summer.

FC Metalurh Zaporizhya had been in the Ukrainian Premier League, but their off-field problems were matched on the pitch, and the provincial side finished bottom.

In 2017 a phoenix club was formed, MFC Metalurh Zaporizhzhia, and they have worked their way up the amateur ranks to Ukraine's third tier.

Would you have purchased the poster to save the club? Let us know in the comments section But Metalurh Zaporizhya folding didn't stop the stunning model from counting to pose in football-themed photoshoots.

Alongside her local team, Petrova's second love is Barcelona and, in particular, Lionel Messi.

Petrova posted some sultry snaps with Messi's shirt on.