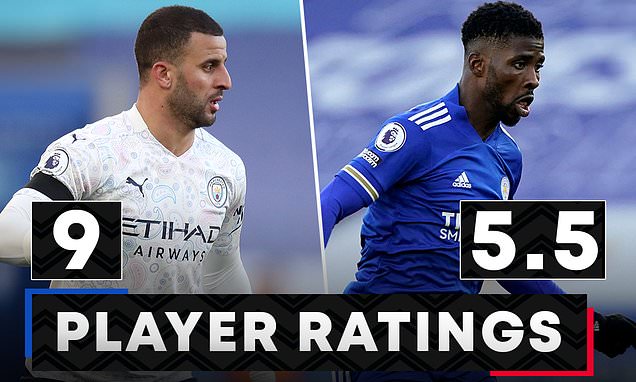 PLAYER RATINGS: Kyle Walker shows off amazing range of passing and kept perfect concentration in defence while March’s Player of the Month Kelechi Iheanacho was a virtual spectator in Leicester’s defeat by Man City

Manchester City took another huge step towards becoming Premier League champions once again after comfortably beating Leicester City on their own patch.

Goals from Benjamin Mendy and Gabriel Jesus wrapped up all three points for Pep Guardiola’s men, which sees them move to within 11 points of claiming yet another top-flight title.

Sportsmail’s IAN WHITTELL cast his eye over both sets of players during their clash on Saturday evening. 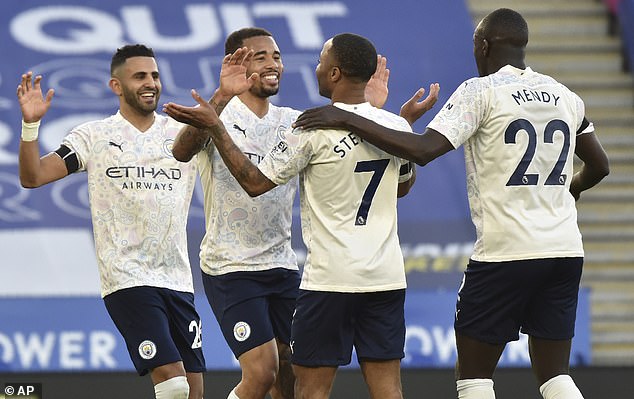 Terrible kicking added to Leicester’s problems as they were penned in for long spells but made some good reflex saves.

Fearless display and threw himself in the way of plenty of City attacks but struggled with their mobile and intelligent forward play.

Needed all of his experience to marshal his over-worked defence. His positional sense and know how bailed him out of tricky situations.

Highly-rated youngster battled hard against Mahrez but could not cope with City’s aggressive press on the ball. 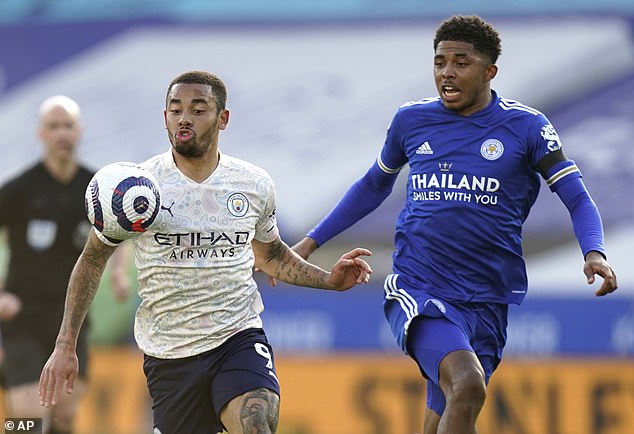 Spent most of the game as right-back in a back five, rather than wing-back in midfield. Could have done more to stop Mendy before his shot.

Booked for a foul on De Bruyne, one of several, and looked overwhelmed by Fernandinho and City’s midfield.

His 48th minute shot forced Ederson into his first save and another effort was blocked soon after, rare moments of creativity he was able to muster.

Poor clearance almost led to a goal as it was blocked by Mahrez but put in a real shift of defensive work from wing-back.

Like all his team, was mostly used in defensive mode but his neat pass set up Vardy for his disallowed “goal.”

Armed with a new contract announced before kick-off, was a virtual spectator but led a great break which set up Tielemans after the break.

Little service but showed what he was capable of with a great finish for a disallowed first half effort. Worked tirelessly. 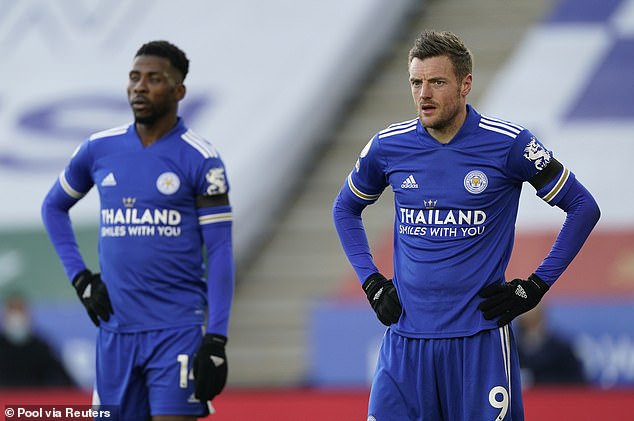 Spent long periods with literally nothing to do but was alert when occasionally forced into action.

With Leicester sitting back, had plenty of space to show off his amazing range of passing and showed perfect concentration in defence. 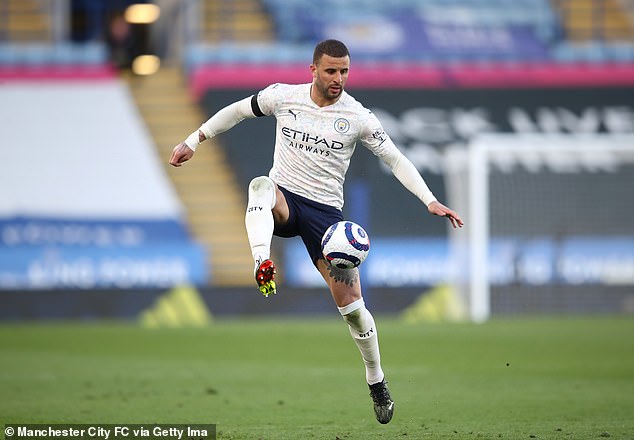 Made a great block to deflect a rare Tielemans shot behind and coped easily on the odd occasion Leicester got out of their half.

Faultless display from the centre-half, who had to be wary of Leicester on the counter. Solid and disciplined.

Unlikely scorer of the opening goal, with a rare right-foot shot, but deserved for a solid display in which he made big attacking contribution.

Hit a brilliant long shot which was ruled out early and bossed the midfield as a the lone man in front of City’s back four.

Hit the cross-bar with a sensational free-kick, one of many brilliant set-pieces, and passing was as peerless as usual, had a hand in both goals. 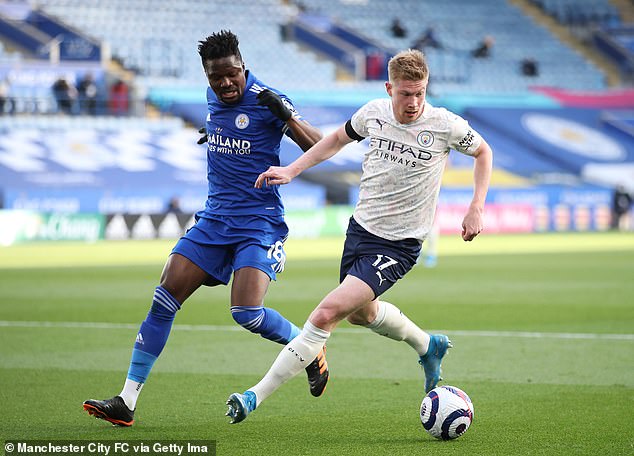 Played more advanced than usual but added rock solid presence to midfield and looked keen in the final third too.

Former Fox had a couple of good openings, one hit straight at Schmeichel, but his second half shot, saved by Schmeichel, led to the opener.

In the week he announced he’s leaving, showed he is still way short of his usual sharpness. Volleyed his best chance wide and subbed early.

Hit one great opening meekly at the keeper but showed some nice touches in and around the box before claiming a deserved goal. 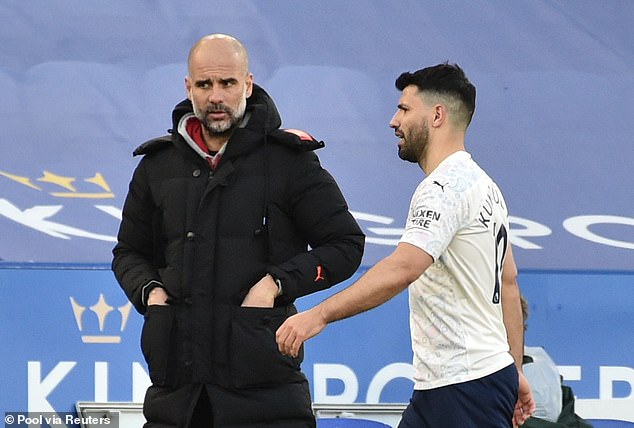