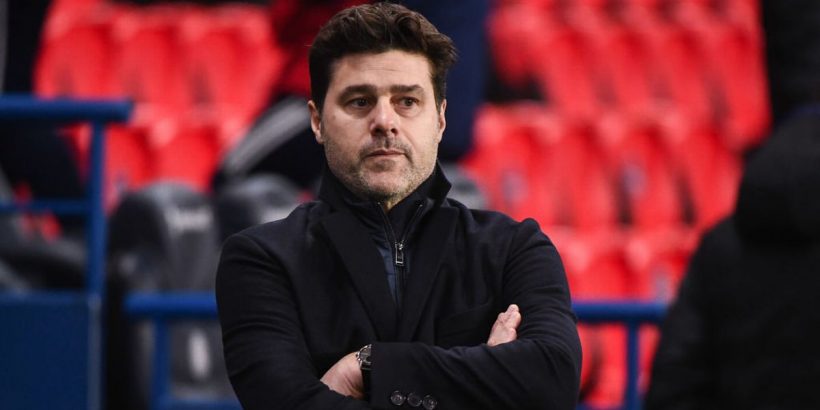 PSG boss Mauricio Pochettino could reportedly allow Kylian Mbappe to join Liverpool, as long as he replaces him with Sergio Aguero AND Lionel Messi.

Mbappe has regularly been linked with a move to the Premier League champions with Real Madrid also believed to be keen.

Pochettino has only been in charge in the French capital for a couple of weeks, though reportedly already has his eyes set on Messi.

The Barcelona star is expected to leave the Nou Camp in the summer as his contract ends with the La Liga giants.

Though it’s unlikely PSG could afford Messi, Neymar and Mbappe’s wages, leading to decisions being made.

And Spanish outlet AS claim Pochettino could allow Mbappe to depart, as long as he gets Argentine pair Messi and Aguero.

Like Messi, Manchester City star Aguero is also out of contract this summer, with negotiations with the Etihad outfit reportedly stalled.

Despite Pochettino’s wishes, PSG president Nasser Al-Khelaifi is determined to keep Mbappe, whose contract at the Parc des Princes ends in 2022.

He has netted 12 times in 15 top-flight games so far this season, as well as five in the Champions League.

Though John Barnes believes he is not the answer at Liverpool with the Reds legend saying: “Mbappe is a fantastic player but forward areas are not a position that Liverpool need strengthening in, but if he can play centre-back they should get him in January!

“If Liverpool tail away and finish lower down the table, he won’t come to Liverpool – so they should worry about this season.

“If there is a possibility of getting him in January then you could go and get him, but there isn’t.

“Short-term, Mbappe is not Liverpool’s answer. Liverpool are strong in attacking positions and have huge depth in midfield, but the centre-back position is the one that really needs addressing.”