Mauricio Pochettino insists Tottenham can make use of Champions League lifeline and qualify: ‘The belief is still there and I am optimistic’

Mauricio Pochettino insists Tottenham can qualify for the last 16 of the Champions League after their late escape against PSV Eindhoven.

Harry Kane scored twice as Spurs fought back from behind to win 2-1 with minutes to spare.

They have four points from four games in Group B and must beat Inter Milan at Wembley and then better the Italian side’s result in the final game. 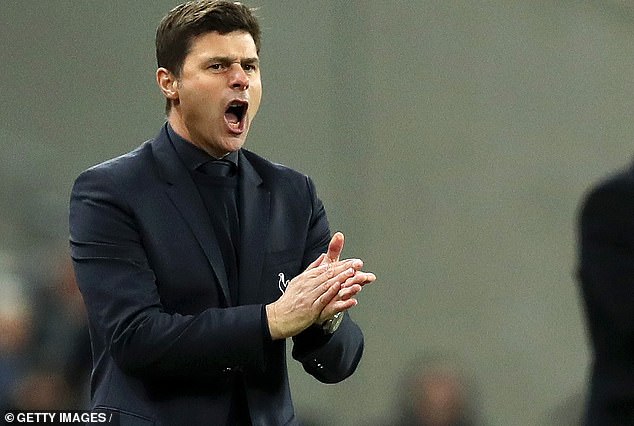 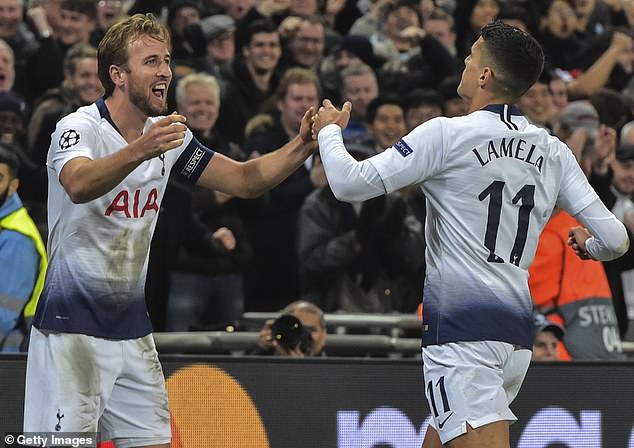 ‘We have two games to play,’ said Pochettino. ‘If we beat Inter we are both on seven points with one to play and we will go to Barcelona trying to win the game.

‘We can beat them. We deserved more in Milan. We played better than them. If we are able to beat them the chance to reach the next stage if higher.’

The Spurs boss praised the spirit of his players after four games in nine days.

‘I am so pleased,’ said Pochettino. ‘The early goal increased the belief for the opponents and we created chances and dominated the game and could not score. Their keeper was fantastic. But we fought to the end.

‘We never gave up. We showed great character and I am so pleased with the way we played, trying to be patient and not making rash decisions.’

He forgave Tottenham fans who jeered his decision to replace Lucas Moura when the team were trailing.

‘After four and a half years it’s the first time they criticise,’ said Pochettino. ‘Of course they want to play with nine or 10 strikers when we losing the game. If I was in the stands my reaction would be the same. But we wanted to find a solution. And in the end we won.’ 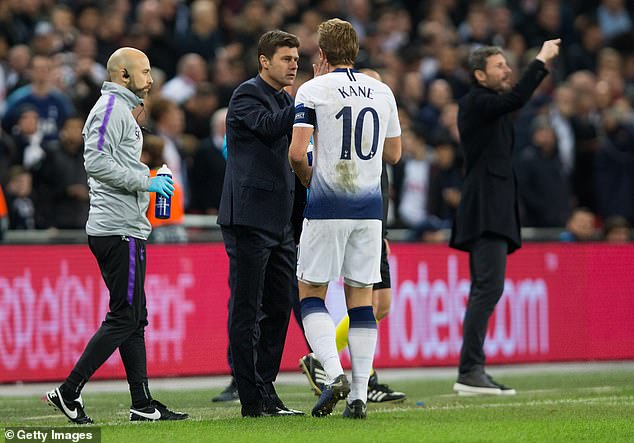 PSV boss Mark van Bommel hailed his team in defeat and criticised the Wembley pitch but refused to use it as an excuse.

‘The pitch is s***,’ said Van Bommel. ‘It’s not good but we’re not complaining. The players were complaining in training but I told them to shut up.

‘Everybody wants a good pitch. It was not so good, so we have to deal with it.

‘We got a goal and we tried to defend it until the end. We did everything we could. We fought like lions.’ 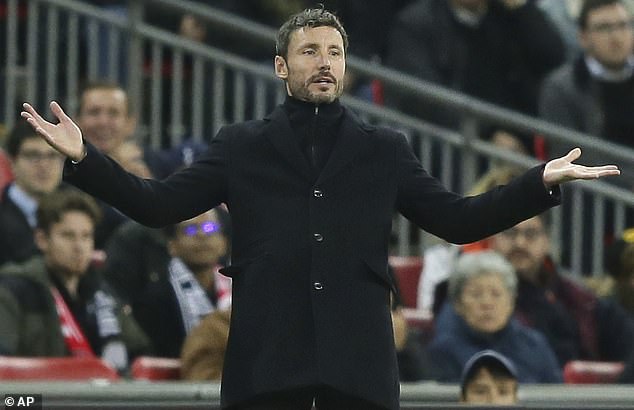