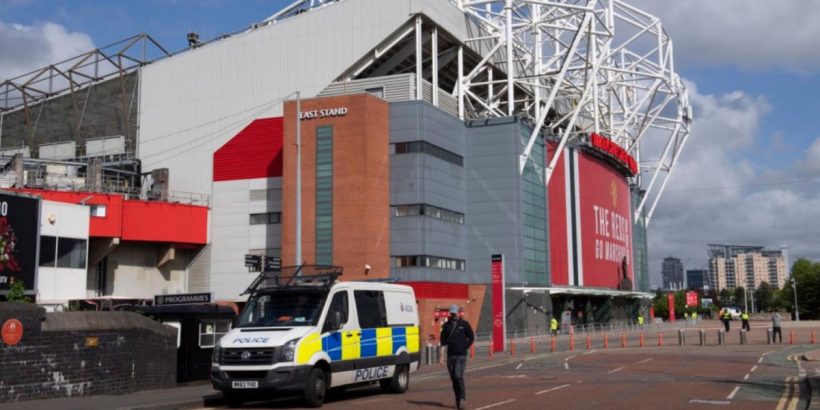 Images have emerged of the heightened security measure put in place outside Old Trafford ahead of this evening’s clash between Man Utd and Leicester.

Tonight’s game against the Foxes is United’s first at home since their clash with Liverpool earlier this month was postponed following angry fan protests.

The incident at the start of May saw supporters gather outside Old Trafford, with one group making their way inside the stadium on two separate occasions.

Red Devils chiefs are desperate to avoid a repeat of the scenes from earlier in the month and are taking no chances ahead of tonight’s match against Leicester.

The game will kick-off at an earlier time of 6pm to reduce the chance of disruption, although Thursday’s clash with Liverpool is slated to begin at 8:15pm.

Protestors are understood to be targeting the rearranged match with the Reds, but pockets of demonstrators could still turn up at the stadium this evening.

United boss Solskjaer has called for calm ahead of the double-header after a police officer was injured during the original protests outside Old Trafford.

He said: "Security measures are being looked at, of course, and I hope that we can keep the protests – if there are protests – down to loud voices, nothing violent.

"So, we're going to do everything we can for our fans to celebrate what we're doing on the pitch."