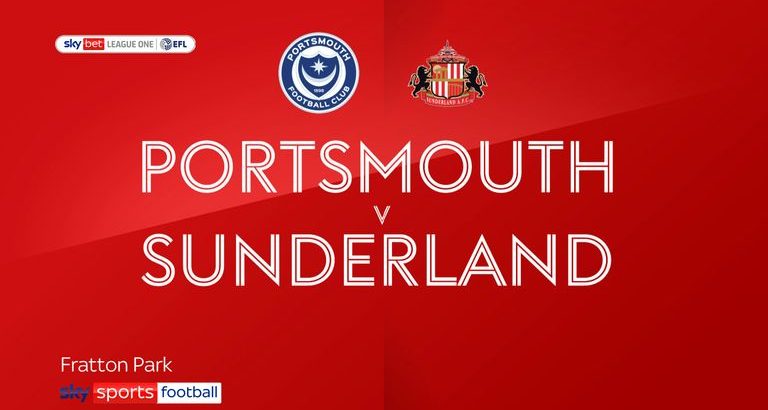 Aiden McGeady came close to opening the scoring in the 12th minute when his stinging 25-yard curler was turned over the crossbar by Pompey goalkeeper Craig MacGillivray.

Sunderland were ahead just a minute later after Wyke was left free inside the box to plant home a bullet header from a Jones corner.

John Marquis passed up the chance to equalise when he blazed wide from six yards.

Jones doubled Sunderland’s lead 13 minutes into the second half, robbing the hapless Sean Raggett before calmly lobbing the ball over the onrushing MacGillivray and into an empty net.