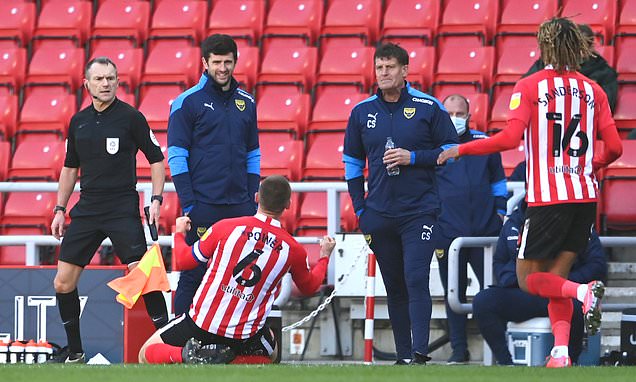 Sunderland’s Max Power ran 50 yards to celebrate in front of the Oxford dugout after manager Karl Robinson alleged his goalkeeper Jack Stevens was headbutted during a half-time bust-up at the Stadium of Light.

Power put Sunderland 3-1 up in injury time to seal the victory and sprinted half the length of the pitch to celebrate in front of the Oxford dugout.

In a hot-tempered affair, Sunderland and Oxford players clashed in the tunnel at the end of both halves. 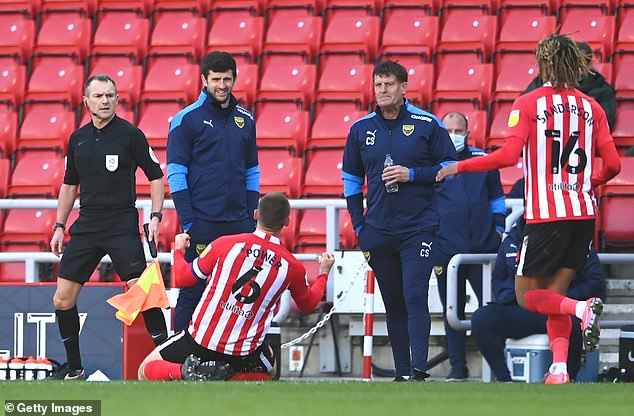 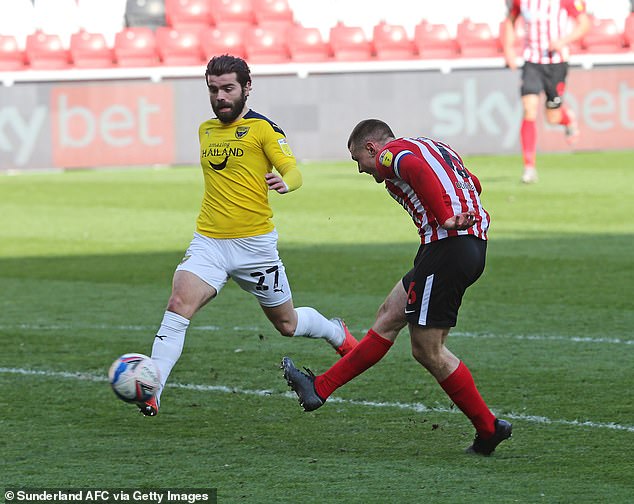 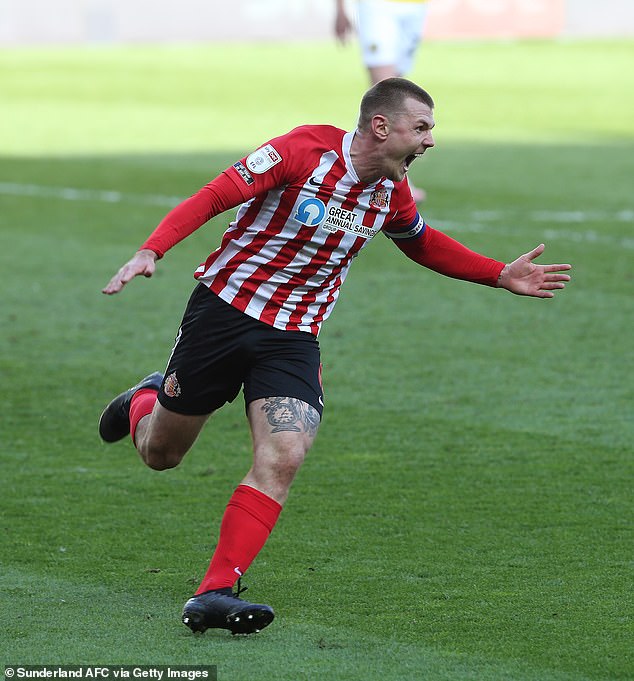 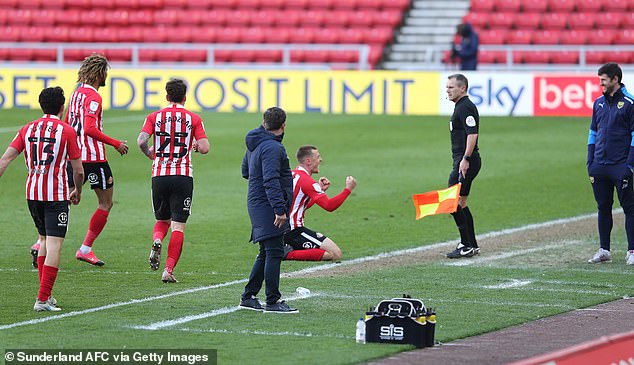 After sealing the win, Power was clearly eager to rub his opponents nose in it

Sunderland head coach Lee Johnson also hinted there were things he was not happy with concerning the visitors’ camp, while Robinson suggested the police will be involved. The exact nature of the events is unclear.

‘My player certainly felt it. But for some unknown reason there is no footage. Ironic here, isn’t it.

‘My goalkeeper, he was headbutted at half-time, there was a massive brawl in there. I think there was just handbags. I walked in at half-time, quite calm. I was calm for large parts of the game.’ 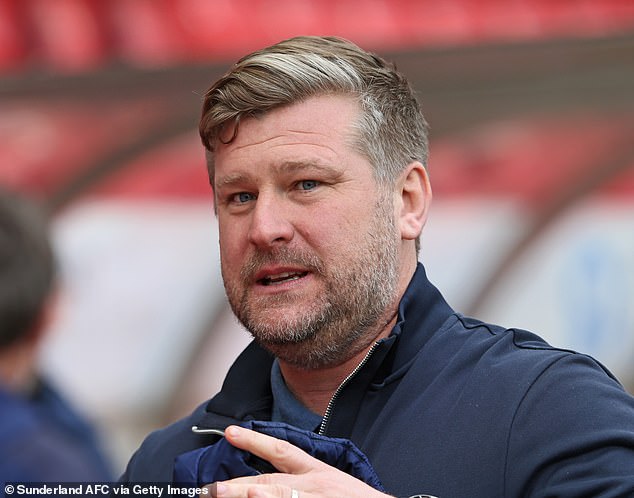 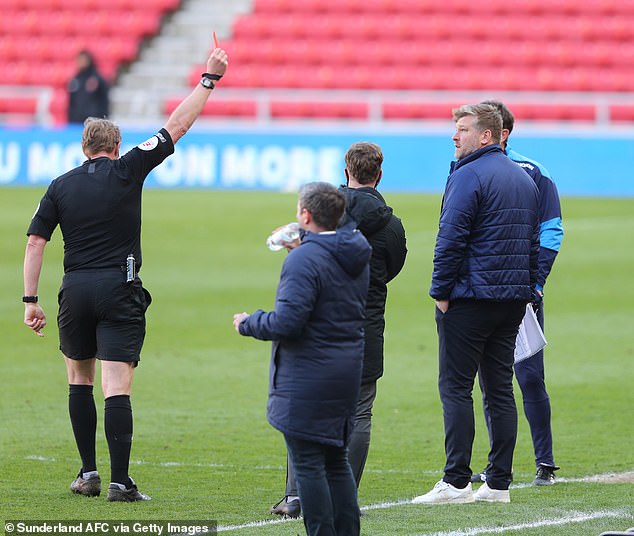 Johnson suggested there was more trouble at the end of the game, and it remains to be seen what referee Trevor Kettle will include in his report.

The Sunderland boss said: ‘Genuinely, I didn’t see what happened at half-time. I was in the toilet, waiting for the boys in the dressing room wondering where everybody was.

‘It was probably a good thing because I would have been like Scrappy Doo in there. Look, it happens all the time, especially in a condensed area. It was handbags a lot of it.

‘It happened at the end as well, which is not ideal, and I think that one was provoked, to be honest with you.

‘As a football club, I want us to act with class, but I also want us to look after each other when there’s moments.’

He added: ‘He’s (Robinson) got to be careful. I’ll tell you that. When it comes to the narrative of any argument, there are always two sides to any story. Let me tell you, there was a lot of Oxford staff that didn’t come out of it smelling of roses, let’s just say that.’ 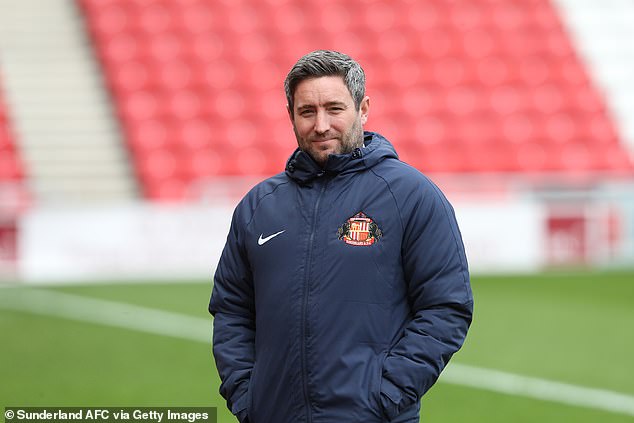 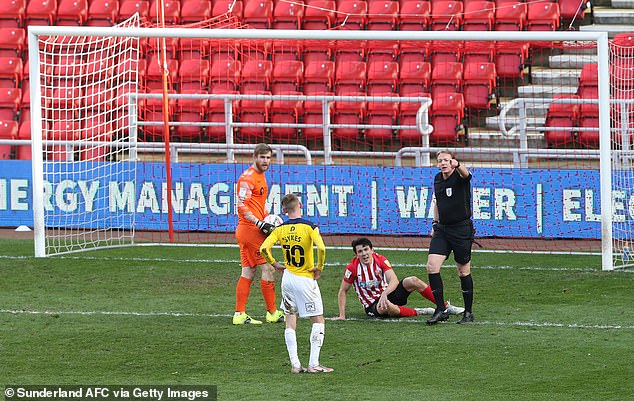 Sunderland had to come from behind to claim maximum points after James Henry had fired Oxford in front in the 21st minute.

After Lynden Gooch had levelled in first half stoppage-time, Sunderland made the most of Mark Sykes’ red card just after the hour when the Oxford midfielder picked up a second yellow for a tackle on Luke O’Nien.

Aiden McGeady put Sunderland in front with nine minutes left after Power’s quickly-taken free-kick. Power himself added the third deep into injury-time on the break as the Black Cats remined two points behind second-place Peterborough.

Robinson, whose side sit four points outside the play-off zone, was also red carded for his complaints to Kettle after Sunderland’s second goal. 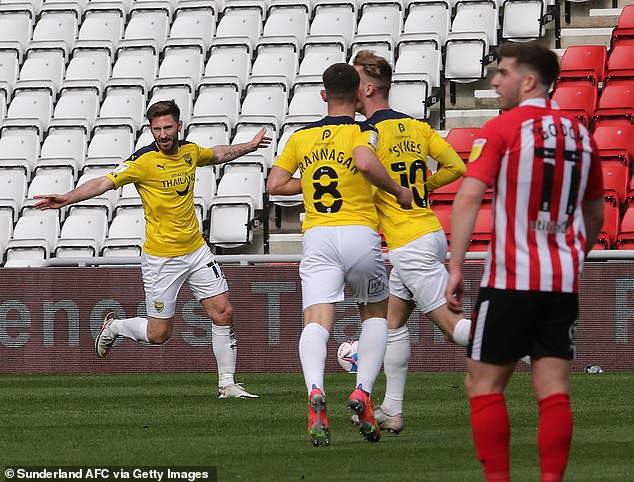 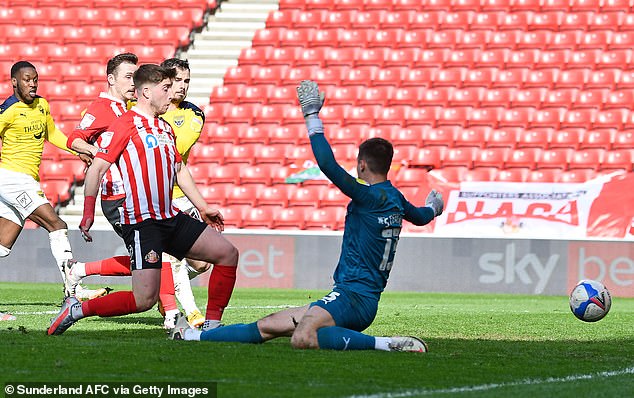 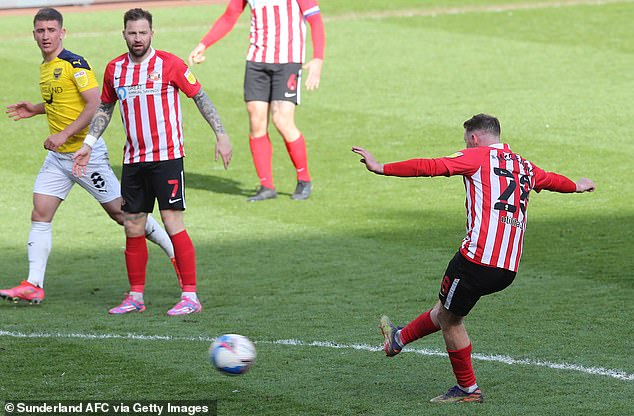 He said: ‘It was a good game of football, spoiled by you know who. I don’t want to say his name. The decisions have baffled me.

‘We had a player down for that second goal. There was a duty of care to see if the player was injured, the man in the middle wanted to make it about him. I respect Trevor, had him a lot.

‘I’m frustrated because the players were excellent, even down to 10 men. For us to come here, we performed bravely.

‘This could be the motivation we need to see us through and to see us meet these again in the play-offs.’