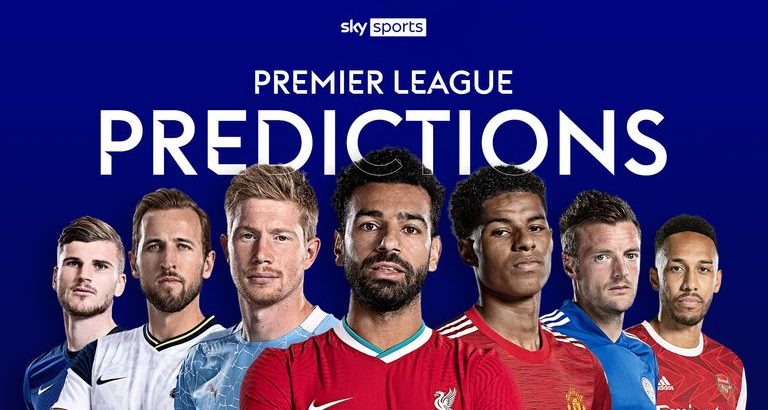 Jones Knows provides his predictions and betting insights as he tips up Mason Mount to send Chelsea to victory in their revenge mission over Leicester.

The injury to Harry Maguire makes Manchester United vulnerable here at a very short price. They are easily ignored at 1/3 with Sky Bet – those brave enough to take them on should not be afraid.

However, they’ll have far too much pace and power in attack for Fulham when it comes to the outright result and I can’t trust Fulham to take advantage of big moments anyway, so my betting head is focused on United’s defensive weakness at set pieces.

That has been there for all to see in their last two games especially where they’ve conceded three goals that have come from set piece scenarios. Without Maguire, United’s expected goals against figure from set pieces averages out at 0.5 goals per 90 minutes, which is scarily high for a team challenging towards the top of the league.

This makes me want to back Fulham skipper Joachim Anderson across a variety of markets. Fulham’s defender carries a threat when venturing up for set pieces, firing 11 shots at goal in his last 10 games. The 6/4 with Sky Bet for him to have one or more shots at goal looks a very tempting odds-against price. But those who like a bit of big-price excitement with their betting may want to chance the 33/1 with Sky Bet for him to score a header, something he did vs Leeds earlier this season.

Two attack-minded, in-form teams playing without stress in front of a crowd; this has all the hallmarks of a shots-fest.

The end-of-season feel to games has certainly made for an upturn in the number of shots being fired. The last 10 Premier League fixtures have averaged 31 shots per 90 minutes which is way above the usual season average of 24.

Leeds are always worth a look in the shots market betting – no team has seen more in their fixtures this season with 1016 being fired in their games as entertainment is usually guaranteed when they match up with a similarly-ranked rival. Ralph Hasenhuttl will fight fire with fire and will want to give the home fans in attendance plenty to shout about as they go for three wins on the spin. This all adds up to backing the 13/8 with Sky Bet for 29 or more shots in the match looking like a smart move.

Those looking to play the both teams to score angle at 4/5 with Sky Bet should be onto a winning bet here. City’s intensity without the ball seemed to drop markedly against Newcastle as they conceded three times and posted an expected goals against figure of 2.23 – their highest conceded since October. Bringing Ruben Dias and John Stones back in will obviously help but surely they won’t be at full throttle with one eye on that massive game in Porto in just under two weeks.

Brighton’s route to goal may come from the boot of Pascal Gross, who has been a big threat from wing-back in recent weeks. His delivery is always on-point, either from set pieces or open play, as shown by his three assists in his last nine appearances. He can grab an assist at 100/30 with Sky Bet.

But surely we can assume that Leicester will be physically and mentally more drained than their opponents for what is shaping up to be one of the most important matches of the season. It’s no surprise to see that Chelsea have been well backed at 4/6 with Sky Bet despite losing both meetings with the Foxes without scoring this season.

I think Chelsea will sneak this one but they won’t be carrying my money, mostly due to Timo Werner continuing to convince he’s not a striker to rely on in the big moments in front of goal. His team-mates have created chances amassing to an expected goal figure of 10.65 this season yet he has only bagged six Premier League goals in 33 appearances, missing 18 big chances along the way. That works out at 0.67 big chances spurned every 90 minutes. That simply isn’t good enough for a title-chasing side.

He is taking up a big chunk of the first goalscorer market which does open up the possibility of squeezing some value out of his team-mates. I’ve come down on the chances of Mason Mount bagging the first goal at 7/1 with Sky Bet. Since Thomas Tuchel took charge, Mount is averaging almost three shots a match and has found the net six times. At the weekend he amassed an expected goals number of 0.36 from his three shots and almost bagged the equaliser when denied by Kasper Schmeichel late on. He’s Chelsea’s most important attacking player under Tuchel and 7/1 is overpriced.

For those on the 8/1 with Sky Bet for Everton to finish in the top six, like myself, Sunday evening’s debacle against Sheffield United was a tough watch. Carlo Ancelotti’s men looked the team set for a return back to the Sky Bet Championship, not the Blades. Everton created an expected goal figure of just 0.19 in the second half – the second lowest posted by a team after the break against the Blades this season. A quite pathetic performance when so much was on the line.

I tend not to let emotion play a part in my betting-based decisions but the Toffees have got me riled up too much. They are odds-on for victory here, which is easily ignored despite fans being back in the ground.

I’m going to tentatively play the away win for Wolves without much confidence, it must be said. The bet to attack, though, is for Adama Traore to grab an assist at a juicy 6/1 with Sky Bet. He is ending the season strongly down the right for Wolves and created three chances for his team-mates that weren’t finished vs Spurs. That takes his total to 13 chances created in his last five matches. Another assist is due.

These end-of-season matches in front of a crowd are made for players like Allan Saint-Maximin. One of life’s true entertainers. I’m expecting him to put on a show with the paying public back at St James’ Park against the Blades, who remember, are still the league’s worst team despite their well-deserved victory at Everton. The flying Frenchman has showcased a liking for tormenting Sheffield United, scoring in both of his meetings with them.

Surprisingly, that covers a third of his entire Premier League goal return in the Premier League for the Toon. He’s only scored six times. A statistic he’ll be looking to beef up. Starting here. 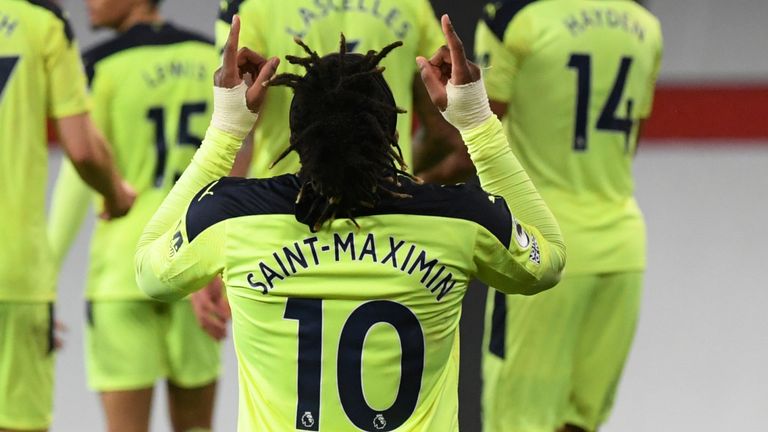 I was at Selhurst Park covering Villa’s clash with Crystal Palace and came away a little perplexed regarding their nervousness when in front. They crumbled under the Palace pressure despite holding what seemed a comfortable lead and Dean Smith was angry at their inability to see the job through. It’s been a continuing theme in recent weeks, too. Villa have dropped 14 points from winning positions over their past seven fixtures, taking the lead in five of those matches before allowing the opposition back in.

So, the smart play is to follow that trend once again in this one. The 7/1 with Sky Bet about Tottenham coming from behind to win a match where they’ll be going all-out for maximum points seems a tad generous.

BETTING ANGLE: Tottenham to win from behind (7/1 with Sky Bet)

I feel I owe Crystal Palace an apology. They showed against Southampton and Aston Villa that despite having nothing to play for in the Premier League, their competitive streak remains. On the beach? Not a chance.

Going forward in the second half vs Villa, they were an exciting outfit to watch with Wilfried Zaha, Christian Benteke and Eberechi Eze showing great chemistry. I hope Roy Hodgson allows them to express their creative flair on what could be his final game as Palace boss at Selhurst Park. Arsenal look woefully short at 1/2 with Sky Bet for the win if Palace bring the same attacking threat to the table.

Eze remains a player very much on my radar in the shots and goalscorer department. After tipping him to have two or more shots vs Southampton and him registering zero, he then went and had seven shots in the 3-2 win over Villa and cracked the crossbar with a brilliant effort. The 28/1 for him to score outside the box is going to cop at some point. Hopefully it’s Wednesday night.

BETTING ANGLE: Eberechi Eze to score from outside the box (28/1 with Sky Bet)

Liverpool could climb into the top-four for the first time since February 14 with a win at Turf Moor, something they are 1/5 with Sky Bet to achieve. Yes, they are most likely to win but blimey, that is a stinky price for a team that have needed last-minute winners to beat West Brom and Aston Villa while also drawing with Leeds and Newcastle recently.

It’s that inability to put away teams outside the top eight – against mostly a low block defence – that has put them in this predicament in terms of their Champions League qualification. In total they have taken just 38 points from a possible 66 against teams in the bottom 12 places in the Premier League. I have to take them on here at the prices, especially as Burnley have posted some impressive attacking performance numbers in recent weeks.

With that in mind, I’m all over Burnley’s shots prices.

In their last six games the attacking process Burnley have put together is only bettered by Liverpool and Chelsea in terms of expected goals output. They have averaged 14.6 shots per 90 minutes too in that period – the sixth best return in the Premier League over those six games with Chris Wood and Matej Vydra providing a brilliant platform to play off.

Liverpool’s inexperience at the back is still a worry and they may have trouble playing against the rough and ready front two. The 9/2 for Burnley to have more than 11 shots is just too enormous to ignore.

David Moyes could really do with Sam Allardyce instructing his West Brom boys to have a real go in this game rather than sitting back in a typical Allardyce block. I’ve got a hunch that Big Sam won’t be changing tact, though, and will set up to frustrate the Hammers, who are a team that relish playing on the break but struggle when tasked with opening up a well-marshalled defence. Both Everton and Brighton sat in behind the ball for large parts in their last two fixtures and only a classy Said Benrahma goal out of nothing was what they had to show for it. Are nerves getting to the players at a critical time?

I’ve taken West Ham on at the prices for most of the season, so there’s no point me changing my approach now. I can easily swerve the odds-on for away win with the draw at 3/1 with Sky Bet carrying plenty of weight.

BETTING ANGLE: Back the draw (3/1 with Sky Bet)