Manchester United are considering signing a striker – and Ole Gunnar Solskjaer has set his sights on someone who would add an extra dimension to the attack.

The rise of Mason Greenwood coupled with Marcus Rashford and Anthony Martial’s promising form in front of goal has fans believing they have a front three ready to challenge for Premier League honours.

It was also thought Odion Ighalo’s loan extension until the end of January had killed off the search for a new target man – but ESPN claim Solskjaer is still looking to strengthen his attack.

The Manchester United boss is reportedly looking for an experienced head in his late 20s to provide guidance for Greenwood while adding an additional threat to his attacking options.

And a Premier League star that has been repeatedly linked with a move to Old Trafford fits the bill. 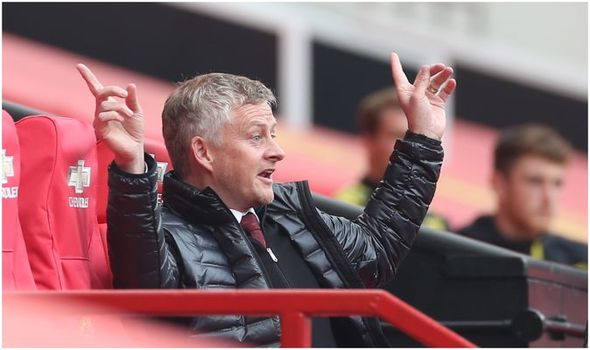 Raul Jimenez has been a revelation for Wolves since moving to Molineux in 2018.

The 29-year-old has scored 41 goals in 92 appearances in all competitions for the Champions League hopefuls.

He would offer everything Solskjaer is looking for – experience, power, height and an excellent track record.

Jimenez and his camp have talked up a potential move in the upcoming transfer window.

The Mexico star’s international boss is the latest to have chipped in with his view.

While admitting a “specialist No 9” could struggle in Solskjaer’s system, Gerard ‘Tata’ Martino believes a move to Old Trafford could appeal.

“We who see it from the outside, you [the journalist] and even me, always have the idea that a player has to aim for more and how good it would be for him to go to play for Manchester United,” Martino said.

“For me, that at one point in my life I was in a very big club [Barcelona], and having lived a difficult year there, I say that you have to be convinced of the step you want to take and you have to analyse it from many places.

“And he has elements to analyse it because, although he has not been at Manchester United, he was at Atletico Madrid and he was at Benfica.

“And he has elements to put in the balance to decide what he wants from his life. 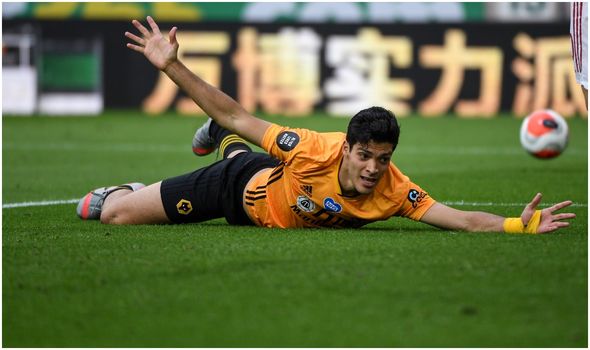 “Maybe he wants a bigger challenge because he feels that he is in good shape and has to take advantage of it, maybe he wants to stay in this place, maybe the options you read about are not real and do not exist.

“I think the best thing is for Raul to make the decision based on the analysis he makes and with the consensus of his family because, when it comes to enjoying, not only the player suffers and enjoy, but also the family do it.”

But would Jimenez really want to leave Wolves for the Red Devils?

He is adored at Molineux, playing for a club on the rise, with ambitions of their own.

Nuno Espirito Santo’s team have shown they can mix it with the best with Jimenez spearheading the attack, while he would find himself in and out of the XI if he were to move to Old Trafford.