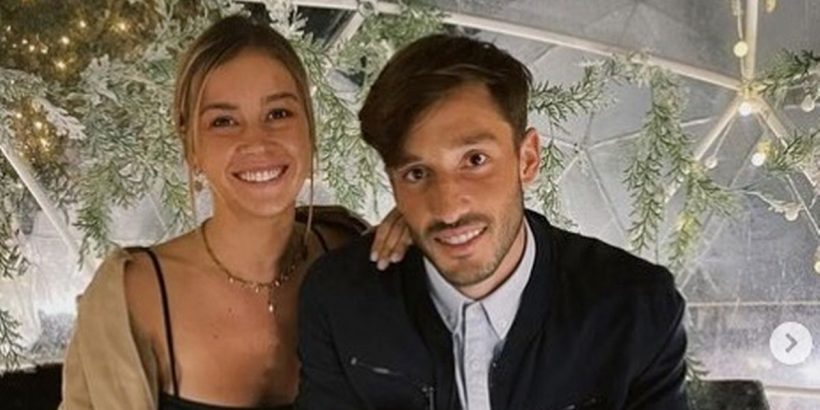 Bournemouth's latest signing won't be the only new face on the South Coast when Matias Vina touches down.

The Cherries have agreed a loan deal, with an option to buy at the end of the season, for the Uruguayan full-back. Gary O'Neil's side are looking to strengthen defensively as the prospect of relegation looms for the Premier League newcomers.

Vina looks set to swap Roma for the South Coast, with DorestLive reporting the initial loan fee will be £1million. However, Vina will bring along his stunning girlfriend Florencia Velasco to soak up some springtime rays on Bournemouth beach.

Not much is known about Florencia, but she has been by his side throughout his footballing journey.

Before Vina made the journey across the Atlantic to Roma, he was a regular at Brazilian giants Palmieiras. And in an interview, Vina revealed he wakes up at 5am to train and do physiotherapy, while keeping on top of his nutrition.

Florencia, who studied nutrition at University, would help with his diet to keep him in tip-top condition.

What do you think about Bournemouth's new signing? Let us know in the comments section below

The stunning brunette has just shy of 15,000 followers on Instagram, where she loves to share cheeky bikini snaps.

One recent upload shows Florencia wearing a skimpy black bikini top as she poses in front of the skyline of Dubai. While another picture sees her smiling at the camera as she cruises down one of the canals in the UAE.

However, she looks very loved up with Vina, and one recent pic of the pair posing together is captioned: "My love."

Vina looks set to complete the deal in the coming days, and transfer guru Fabrizio Romano tweeted: "Understand Bournemouth will include a buy option into Matías Vina deal worth €15m (£13.2m) — not mandatory, it will be up to the club.

"Deal agreed with AS Roma, Vina will be in England for medical tests in the next 24h."