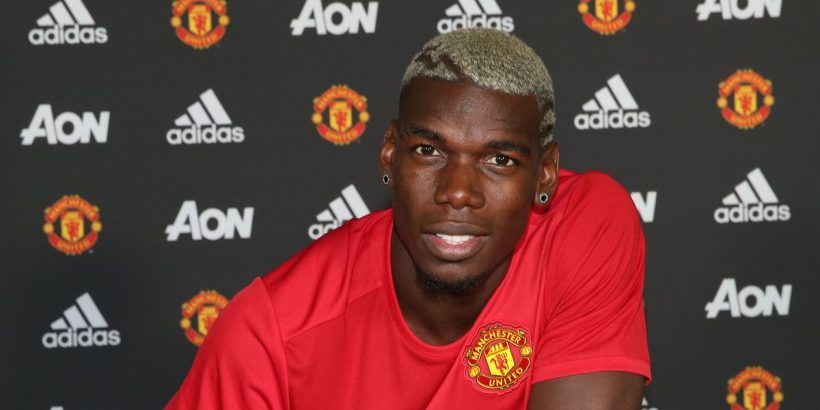 Manchester United are under mounting pressure to make a decision on Paul Pogba’s future, but one outcome could see him emerge as the Premier League’s new highest earner.

Pogba, 28, will soon enter the final year of his contract at Old Trafford, and the player will be free to sign a pre-contract agreement with any club in January 2022.

The Sun reported the Red Devils are willing to offer their midfield maestro a new deal worth £400,000 a week to ward off any suitors, a significant raise on his current £290,000-a-week terms.

De Bruyne negotiated himself to a £385,000-a-week contract extension in April, shortly before Pep Guardiola’s side won their third Premier League title in four seasons.

Many United fans saw it as an unwise expenditure to hand an out-of-form De Gea such a lucrative deal until 2023, with the option of a further year on his deal should the two parties wish to extend.

Do you think Pogba deserves a new contract at Man United? Let us know in the comments section.

And the Manchester giants continue to dominate among the biggest wages, with City star Raheem Sterling also set to see his £300,000-a-week contract expire in two years.

The 26-year-old is expected to resume talks over an extension following his England commitments at Euro 2020, with Sterling said to be seeking “a significant pay rise” if he is to pen new terms at the Etihad.

Arsenal’s salary leaders then enter the fiscal fray as Pierre-Emerick Aubameyang and Thomas Partey’s £250,000-a-week wages possibly bump them down to joint-fifth in the Premier League rankings.

Gunners captain Aubameyang, 32, battled malaria and personal struggles during a difficult 2020/21 season, while Partey struggled to make the desired impact during his first term in England.

United misfit Anthony Martial also rakes in an eye-watering £1 million per month despite the fact he’s no longer a guaranteed starter for Ole Gunnar Solskjaer.

Many supporters might prefer to see Edinson Cavani take home that amount rather than his £210,000-per-week terms, which is still ample recognition of the Uruguayan’s quality.

Cavani was made United’s fourth-highest earner after arriving at Old Trafford on a free transfer last summer, and it was no surprise he extended his stay by another year after scoring 17 goals in 39 appearances.

The Premier League’s new top 10 will be rounded out by some of its biggest names, with Tottenham duo Harry Kane and Tanguy Ndombele among those taking home £200,000 every week.

Liverpool also have a pair of talismanic talents in Mohamed Salah and Thiago Alcantara earning the same sum, level-pegging alongside United and England attacker Marcus Rashford.

Salah, 29, and Rashford, 23, in particular look ready to bump up their balances given both their contracts are poised to expire in the summer of 2023.

Kane, meanwhile, will be expected to increase his earnings if he leaves Spurs this summer, with Premier League champions City ready to offer him a big-money expedition to the Etihad.