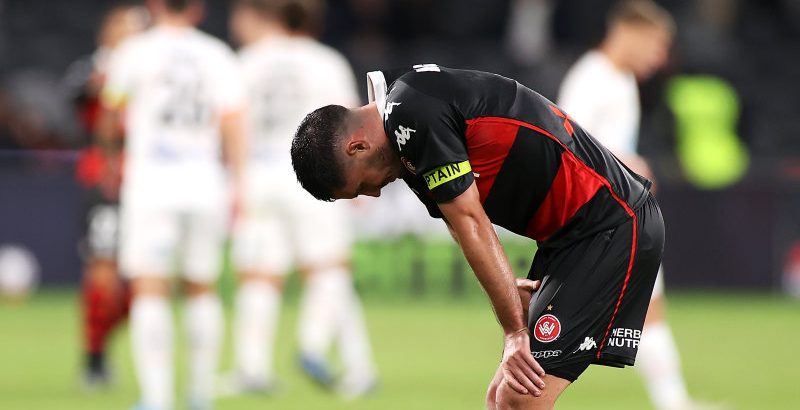 Western Sydney Wanderers could be facing an uphill battle to reach the A-League finals after Friday night’s 2-1 home defeat to Brisbane Roar stretched their winless run to five games.

Two slick pieces of attacking play created the decisive goals for the Roar through defender Josh Brindell-South in the 17th minute and, in the second minute of added time in the first half, Japanese youngster Riku Danzaki, who tapped home a brilliant early cross from Joey Champness. 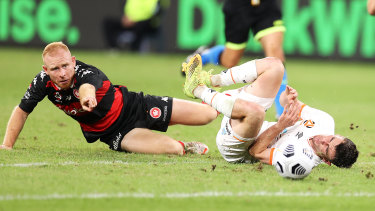 In between was an equaliser from Bruce Kamau, who finished a rapid Wanderers counter-attack in the 23rd minute but owes Simon Cox for creating the opportunity with a neat ball that threaded through the legs of Macaulay Gillesphey.

Yet Carl Robinson’s men could not find another goal in the second half, losing what always shaped as a key fixture in the top-six race. With the A-League ladder only now beginning taking shape, it is not pretty reading for Western Sydney.

They are still sixth on the ladder, with 25 points, but they have now played a league-high 18 matches, and seventh-placed Brisbane are just two points behind with three games in hand. The teams above them on the ladder also have the opportunity to stretch their buffer over the Wanderers for the rest of the season, having also played fewer games. 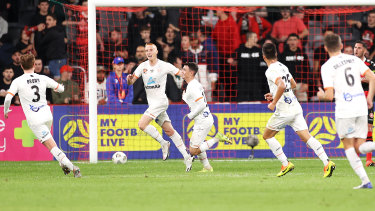 It leaves precious little margin for error for the Wanderers’ remaining eight matches, and the pressure is mounting on Robinson to find a solution to their recent issues and secure the finals berth that chairman Paul Lederer will be expecting at a bare minimum, having brought the former Welsh international from Newcastle Jets and granted him effectively free rein in the transfer market.

Robinson promptly embarked on a major signing spree, bringing in proven A-League talents such as Bernie Ibini, James Troisi and Ziggy Gordon, along with big-name former Premier League midfielders Graham Dorrans and Jordon Mutch. However, some of those players have flattered to deceive, and the pieces are yet to click together in any consistent way for the Wanderers.

They had their moments at Bankwest Stadium on Friday night, finishing with 55 per cent of possession and 23 shots on goal to Brisbane’s 18, but they could not find a way past goalkeeper Jamie Young, who produced a series of key saves in the second half, denying a close-range effort from Kamau in the final moments to protect his side’s lead.

The Roar’s Jay O’Shea, meanwhile, came within millimetres of scoring what would have easily been the goal of the A-League season thus far. The Irish midfielder tried his luck from the halfway line with three minutes left in the opening stanza, after spotting Daniel Margush a long way off his line, but his long-distance effort hit the crossbar.