Arsene Wenger warned a £250m bailout will not save EFL clubs and says problems run “much deeper” than the quick-fix outlined in Project Big Picture.

The proposals – drawn up by Liverpool’s owners and backed by Manchester United – reveal a plan to overhaul the English game and place the majority of power into the hands of the biggest clubs, ending the Premier League’s current one-club, one-vote system.

A spokesperson for Boris Johnson condemned the plan as “backroom dealing” which “undermines the trust in football’s governance”, while the Premier League said a number of the proposals would have a “damaging impact on the whole game”.

But EFL chairman Rick Parry backs the changes, which include lower-league sides receiving a £250m package, as well as 25 per cent of television deals negotiated by the Premier League.

He is expected to meet with clubs from the Championship, League One and League Two on Tuesday to explain in detail how he believes Project Big Picture will affect them.

Former Arsenal manager Wenger – who is FIFA’s chief of global football development – has questioned Parry’s claims they provide “long-term sustainability” for the clubs under his jurisdiction.

“If nothing happens, the smaller clubs will die. I don’t think that one payment will sort out the problem. The problem is much deeper than that,” Wenger said – speaking to Geoff Shreeves at a special event for Sky VIP customers on Monday.

The majority of top-flight clubs have serious concerns about Project Big Picture while the FA, which has the power to veto any fundamental changes to the Premier League thanks to the ‘golden share’, is unlikely to back the proposals in their current form.

Wenger insists “you cannot ignore completely the tradition inside the country” and said the origins of the plans will “create a reluctance and a negative approach”.

“Overall the solution has to come from the federation, from the government, from the Premier League – to find a compromise to sort out the problems that already existed before coronavirus,” he said.

Former England manager Sam Allardyce, who played and managed in all four divisions, warned the proposals could prove to be “extremely dangerous” and provide even more authority to an already powerful big six.

He urged EFL clubs to resist the attractive prospect of an immediate £250m bailout.

“While this package may look attractive now because we are in the pandemic, and it may look pretty good for the EFL, but certainly it won’t look good for some of the Premier League clubs that are already there – one coping with going from 20 to 18 (clubs) to start with and two giving more power to the big six in voting rights.

“A number of owners I have worked for have told me they have had those problems over many years when they have gone to the executive meetings at the end of the season that the big six really want more money, and more money for themselves sadly.

“It is the repetitive ‘who is going to finish in the top six?’. It may be even going that way a little bit now so we have got to try and keep the edge and keep the Premier League very, very competitive.”

Allardyce, while refusing to be drawn on whether it constitutes a cynical ploy by the big-hitters, did say any change has to be right for football as a whole and he has concerns – especially about the lower divisions.

“But is this for the future of football, or does it just help the big six? That is the question everybody has to ask themselves.

“Of course money gives you power and the power lies in the Premier League because they have the most money. They have already dictated across the board on football changes up to now. Is this the right football change for football as a whole?

“While at the early stages you look at the £250m bailout, it’s going to be very attractive in the short-term for those football clubs to agree to it but you have got to look at the long-term future.”

Project Big Picture has drawn a mixed response across the game. Why do the EFL want it? Why are the Premier League worried? Who is driving the plan? What are the radical reforms? What has the reaction been? 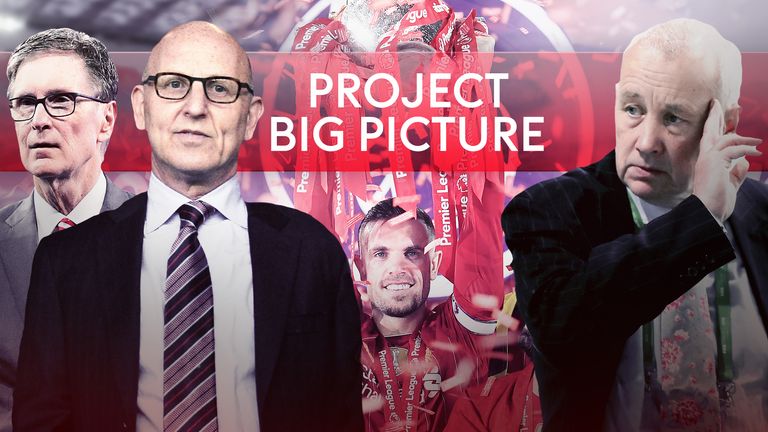 Diogo Jota: Does Liverpool's new match-winner deserve a starting spot in the team?