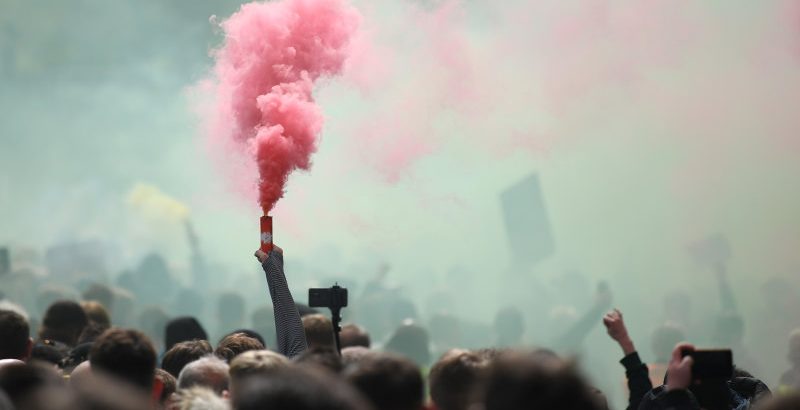 Mohamed Elneny and Pierre-Emerick Aubameyang scored either side of halftime as Arsenal cruised to a 2-0 away victory over Newcastle United in the Premier League on Sunday.

All the early action was off the field at Old Trafford, where the game between Manchester United and Liverpool was delayed after fans invaded the pitch during a protest against the Glazer family. 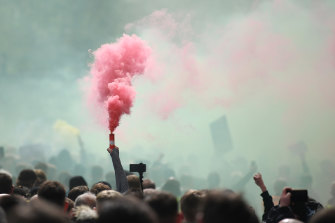 Long-running anger against the American owners has boiled over after they were part of the failed attempt to take United into a European Super League.

Fans are currently unable to attend games due to the pandemic but more than 100 found a way into the stadium. Others climbed onto vantage points next to turnstile entrances and set off flares.

At St James’s Park, Arsenal opened the scoring inside five minutes when Elneny scored his first Premier League goal of the season from the edge of the box after Aubameyang failed to convert Hector Bellerin’s cut back. 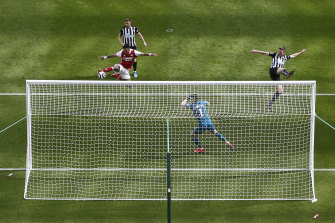 Arsenal extended their lead through an acrobatic Aubameyang finish in the 66th minute as Mikel Arteta’s side secured all three points to move to ninth in the league table.