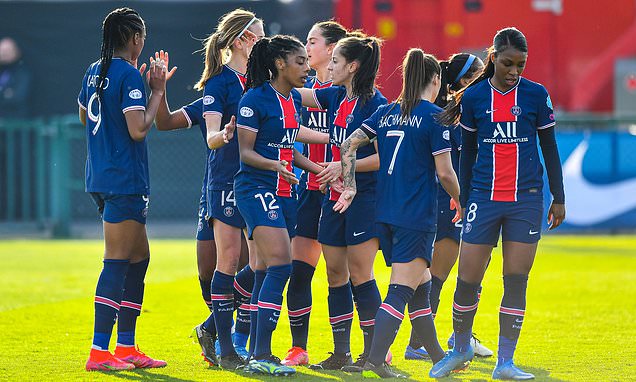 Paris Saint-Germain have booked their place in the quarter-finals of the Women’s Champions League despite FORFEITING their last-16 second leg clash with Sparta Prague due to a Covid-19 outbreak.

PSG won the first leg 5-0, thanks in part to a Marie-Antoinette Katoto brace, meaning that even though they are pulling out of the second leg, their lead is sufficient enough to take them through to the last eight.

Both sides have agreed with UEFA that PSG can forfeit, meaning Sparta Prague win 3-0, but therefore lose 5-3 overall. 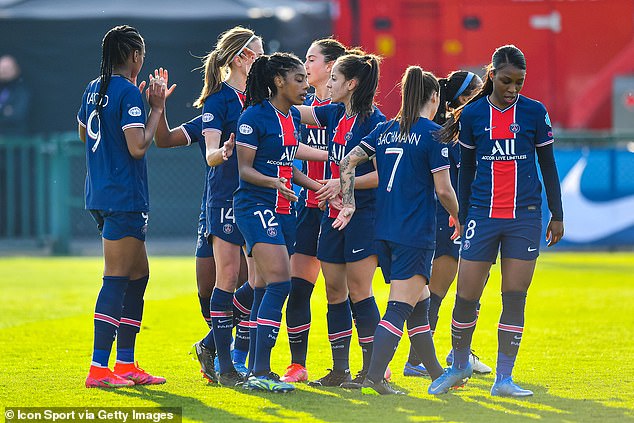 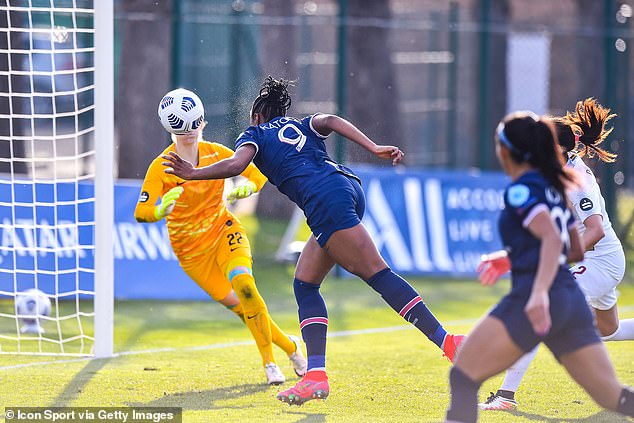 The decision comes after a number of PSG players were forced into self-isolation due to a Covid-19 outbreak in the camp. It is currently unclear as to how many players have tested positive for the virus.

PSG’s progression means a mouthwatering quarter-final clash between two of the competition’s best sides is now all set up, with PSG taking on their French rivals Lyon.

Lyon have won the last five Champions Leagues to establish an incredible dominance in the women’s game, but this season sit a point behind PSG in the French Division 1 Feminine table.

The two sides will now go head-to-head in the last eight, meaning that the likes of Manchester City and Chelsea will have one less heavyweight to overcome should they make it to the semi-finals themselves. 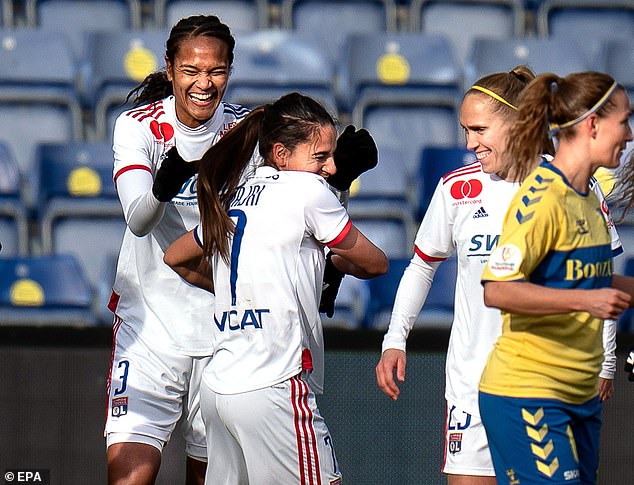 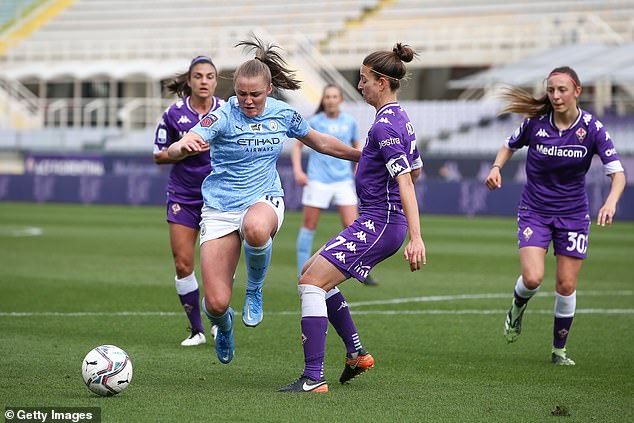 Manchester City, whose player Georgia Stanway is pictured, are another of the sides left in

PSG are the final team to reach the last eight, finalising the quarter-final line-up, with the other fixtures seeing Bayern Munich take on Rosengard, Chelsea playing Wolfsburg and Manchester City meeting Barcelona.

PSG now have a week until their first-leg against Lyon, in which they will hope they can welcome back the majority of their players currently in self-isolation.

The team also have a league clash against fifth-placed Montpellier to hurdle on Saturday, and they may have to do so without a significant amount of their first-team.