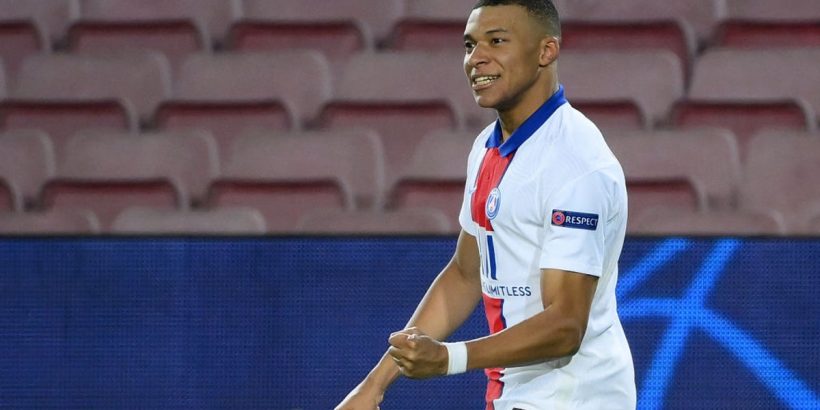 Kylian Mbappe scored a hat-trick in the first leg

PSG take on Barcelona this evening in Paris aiming to finish their Champions League knockout tie.

The Parisians travelled to Barcelona for the first leg and came home with a 4-1 advantage, leaving the tie virtually wrapped up.

But they will be wary after succumbing to a comeback four years ago at the hands of Barca, losing the second leg 6-1 after winning the first 4-0.

Neymar is injured and will not play against his old club.

Here is everything you need to know.

The match will be broadcast live on BT Sport in the UK. Subscribers can stream the game online via the BT Sport website and the BT Sport app.

PSG are without Neymar and Moise Keane, while Barca are missing two key centre-backs in Gerard Pique and Ronald Araujo.

No comeback this time. Barcelona played the second leg at home four years ago and were roared on by a raucous Nou Camp. This time they play in an empty Parc des Princes where the deficit of four away goals will be far too much to overturn. PSG 2-1 Barcelona.