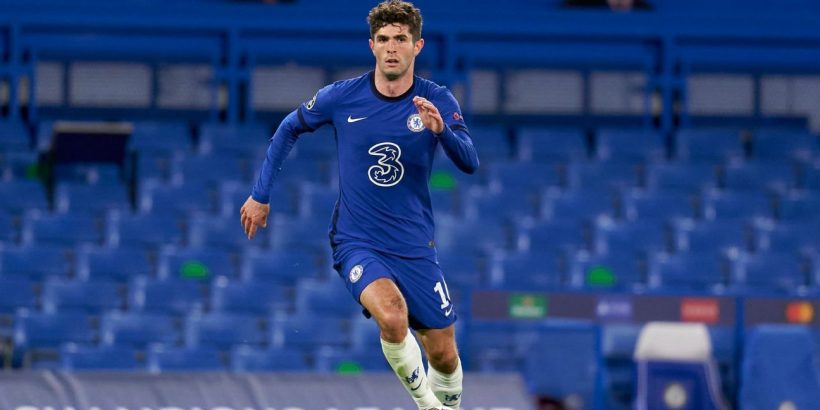 Christian Pulisic has dismissed speculation he could leave Chelsea this summer and insisted he is relishing the challenge of proving himself under Thomas Tuchel.

The United States international has started just 11 games out of a possible 26 across all competitions since Tuchel replaced Frank Lampard as head coach on Jan. 26.

Pulisic had to wait almost two months to feature in a Premier League lineup, leading to suggestions he could look to quit the club at the end of the season — rumours that were revived when the 22-year-old admitted he was “very frustrated” to be left on the bench for Chelsea’s Champions League semifinal, second leg victory against Real Madrid last week.

Pulisic joined the club from Borussia Dortmund in the summer of 2019 for £57.6 million, signing a contract until June 2024.

And when asked in an exclusive interview with ESPN whether he saw his long-term future at Stamford Bridge, he replied: “Yeah, I’m obviously happy here. It has been an incredible two years.

Pulisic confirmed he is fully fit for Saturday’s FA Cup final against Leicester City (12.15 p.m. ET, stream live on ESPN+, U.S. only) after having been seen limping in the immediate aftermath of Wednesday’s 1-0 defeat to Arsenal, and he said that loss may act as a wake-up call.

“Maybe it is something that we need — we are that much hungrier, that much more looking forward to the game tomorrow,” he said.

“We know what Leicester is all about. They are going to battle, they are a tough team. They’ve done extremely well in the league this year. We know about their attacking ability and some of the players they have.

“So we expect them to come and battle. We are going to give it everything, and hopefully if we play the way we do and we match their intensity, I think we can beat them.”