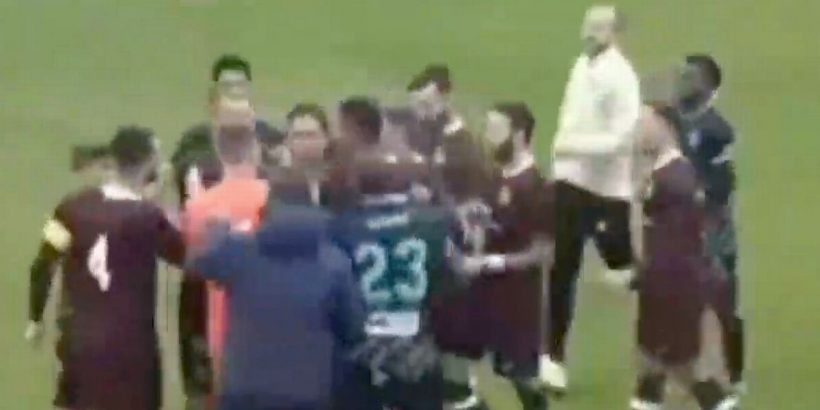 Hearts' mid-season friendly with Spanish second-tier side Almeria had to be abandoned after a huge fight broke out between the two sides.

The match was halted by the referee shortly just before half-time when there was an off-the-ball incident between Hearts' Alex Cochrane and Almeria defender Rodrigo Ely. Ely had confronted Cochrane about a late challenge on one of his team-mates.

However, the incident sparked a mass brawl between the two parties – and as many as 24 people were involved in the scuffle. Both players were given red cards, and following a discussion between the two sides, the match was abandoned.

READ MORE: Antti Niemi reveals infamous phone call was planned all along after talking to prankster

Hearts' boss Robbie Neilson told Hearts TV: "It was a very competitive game. Then on the far side, there was a tackle from Alex [Cochrane] which I thought was a standard tackle, and then all hell broke loose.

"Players were round, there was a forearm smash from their centre-half on Alex, then the ref just totally lost control of it. The benches were over and there was about 60 people on the pitch.

"It was a shambles so we just felt it was a pre-season game and we've already got a number of injuries. There was no point carrying on because tensions were extremely high."

What do you think of the friendly being called off? Let us know in the comments section

Neilson added: "There's always going to be a competitive edge. But there's a line you can't really cross and I think it was crossed several times. The referee just didn't do a good job of controlling it."