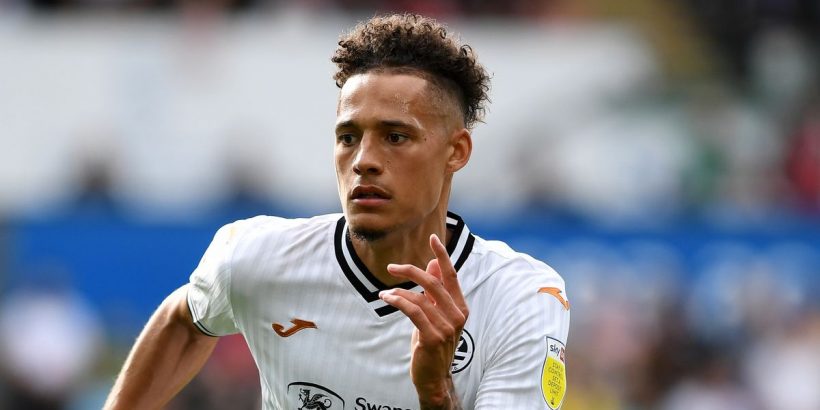 Police are investigating separate allegations of racist abuse in two matches from the Championship on Saturday.

Meanwhile Swansea City reported that racist abuse had been directed at on-loan Liverpool defender Rhys Williams from a Luton fan during their match against the Hatters at Kenilworth Road.

Birmingham said in a statement: "Birmingham has been made aware of a reported incident of racism during this afternoon's Sky Bet Championship match versus Peterborough United.

"A complaint of racist abuse from visiting supporters was made to the referee, Jarred Gillett, by a Peterborough player during the match at the Weston Homes Stadium. "Two supporters have been arrested and are in custody. The Club will continue to assist the Police in their investigations and firmly support the action taken against anyone found guilty of such abhorrent behaviour.

"We reiterate our zero-tolerance policy towards any form of discrimination. Football’s rich history is built upon and stronger for its diversity. No further comment will be made at this time.

Swansea confirmed they had filed an official report with match referee Tony Harrington alleging the racist abuse against Williams, and added that Bedfordshire Police were already involved.

A club statement read: "Towards the end of today’s Championship fixture against Luton Town at Kenilworth Road, an allegation of racial abuse was made over comments made towards Swansea City’s Rhys Williams from a home spectator.

"An official report was filed with the match official, Tony Harrington, and Bedfordshire Police at full-time.

"Swansea City condemns racism and abuse of all kinds because it has no place within football or any walk of life.

"The club would like to place on record its thanks to both Bedfordshire Police and Luton Town Football Club for their swift response at the end of the game.

"Bedfordshire Police has launched a full investigation into the incident. Officers have been to the ground to carry out enquiries and are working with Luton Town to identify the people involved.

"Rhys has the full backing of everyone at the football club and we are in dialogue with his parent club Liverpool with regards to ensuring the player has all the support he needs.

"Swansea City will continue to work with the relevant authorities on this matter."

Williams's parent-club Liverpool later tweeted their support for the on-loan centre-half: "We’re with you, @rhyswilliams01. #RedTogether."