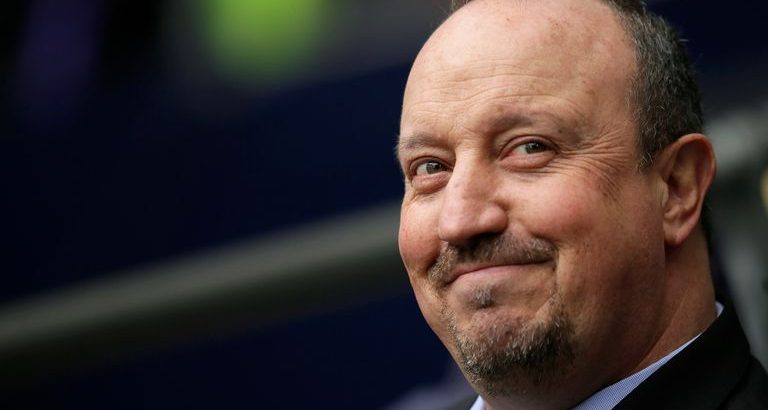 Everton great Neville Southall has called on the club’s fans to refrain from protesting about the appointment of Rafael Benitez as manager.

Benitez has taken charge on a three-year deal but the appointment has been viewed as controversial due to his six-year spell with Everton’s local rivals Liverpool earlier in his career.

Pro and anti-Benitez banners have been hung around Goodison Park in recent days – and Merseyside Police are investigating after a threatening banner apparently aimed at Benitez was hung near his family home.

Southall – who won a string of trophies during a long spell as Everton’s first-choice goalkeeper – told Sky Sports that Benitez has the credentials to do a good job and should receive the support of the fans.

“Rationally, in the cold light of day, from inside the boardroom, it’s a good appointment,” said Southall.

“If you’re an Evertonian, he comes with a lot of baggage, and there will be a lot of fans that will be against it.

“But he is here now and I think the only thing you can do is get there and support him.

“It’s no good putting banners up and moaning at him [Benitez] – because he didn’t pick himself for the job.

“He put in for it and he’s got it – and he has made a shrewd investment in Duncan Ferguson [who will remain part of the backroom team] as well I think.

“I don’t care if he has got three heads – as long as he comes to Everton and wins us something.

“I think it’s not helpful if people protest. “At this moment in time, if you’re an Evertonian, all that matters is the club and the club being successful.”

Southall does agree that Benitez has set himself quite a challenge, by becoming only the second manager to ever take charge of both Everton and Liverpool.

“I do think he’s an incredibly brave man,” said Southall.

“I think if things don’t go well at the start, he is going to get absolutely hammered.

“But fair play to him, you can’t knock him for having the courage to come and deal with the club, because I also think it is a risk on his part for where he goes after here if it’s not a success.”