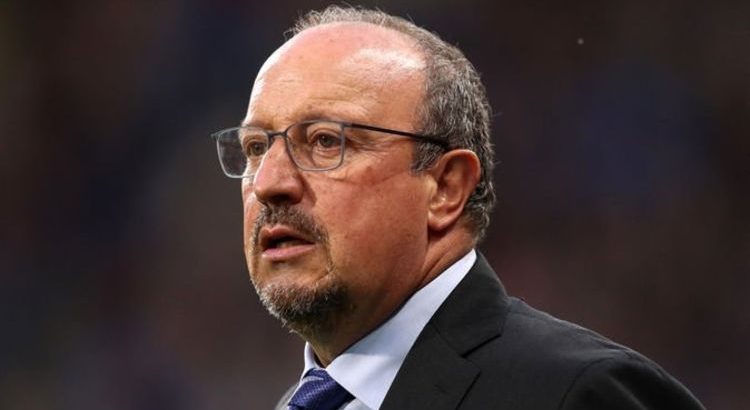 Everton manager Rafa Benitez is seemingly intent on honouring his contract on Merseyside, despite the fact his former club Newcastle United are intent on bringing him back to the north-east. Speculation continues to swirl on who will take the reins at St James’ Park, although Steve Bruce still finds himself in the hotseat as a date with Tottenham edges closer.

Benitez has a solid working relationship with Amanda Staveley, a key figure in the Magpies’ takeover, from her first attempt to purchase Newcastle in 2017.

The job was finally completed last week, and with lucrative Saudi backing, one of their first courses of action is likely to be hiring a new manager.

Benitez was a fan-favourite before leaving the club in 2019, namely for the loyalty he showed when they were relegated to the Championship three years earlier.

According to The Telegraph, the new Magpies boardroom have pinpointed the Spaniard as their preferred option to replace Bruce.

The 61-year-old would have considerably more money to spend this time round, and he already has a proven track record with the club.

However, the same report pours cold water all over the flames, stating that Benitez will see out his Everton contract in typical fashion.

Benitez only joined the Toffees in the summer, and he has done well to put early points on the board after an appointment riddled with controversy.

Currently, they sit fifth in the table which will take plenty of the sting out of his past with bitter rivals Liverpool, when he made some questionable comments about the club.

Drawing performances out of forgotten figures like Andros Townsend and Demarai Gray is only increasing his managerial stock on Merseyside.

Meanwhile, going back to St James’ Park would be a wildly exciting prospect, but a huge risk.

Instant success will be demanded by their wealthy new owners as they attempt to catapult themselves out of the relegation zone.

Big names with impressive CVs like Antonio Conte, Lucien Favre and Steven Gerrard have all been mentioned with the role as Bruce’s future hangs in the balance.

Another man linked with the job, Brendan Rodgers, supposedly has no interest in the job as he remains committed to Leicester City.

As Sunday’s showdown with Spurs draws nearer, it looks increasingly likely that Bruce will still be in the hotseat, but for how much longer?

Newcastle have notched seven winless games from seven so far, and one more could be the perfect excuse for Staveley and co. to cut ties for good and make decisive moves regarding a new boss.

Against their own wishes, Benitez will not be in the mix.