Bayern Munich defender Rafinha has apologised after turning up to the club’s Halloween party dressed as an Arab holding what appear to be mock explosives.

The Brazilian was pictured alongside a number of his team-mates on Wednesday holding a box labelled ‘Vorsicht’ – the German word for caution.

‘Halloween is a scary celebration with exaggerated costumes,’ Rafinha said. 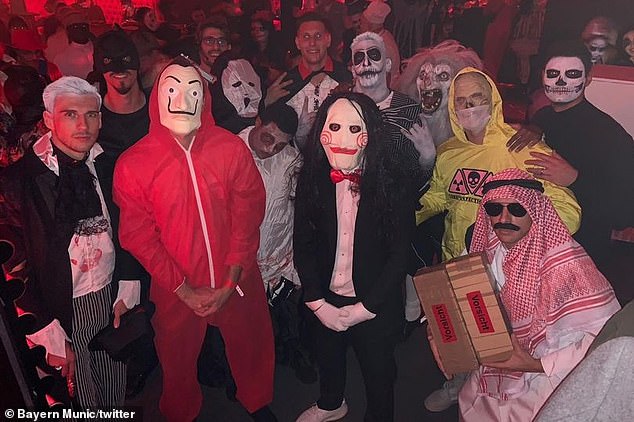 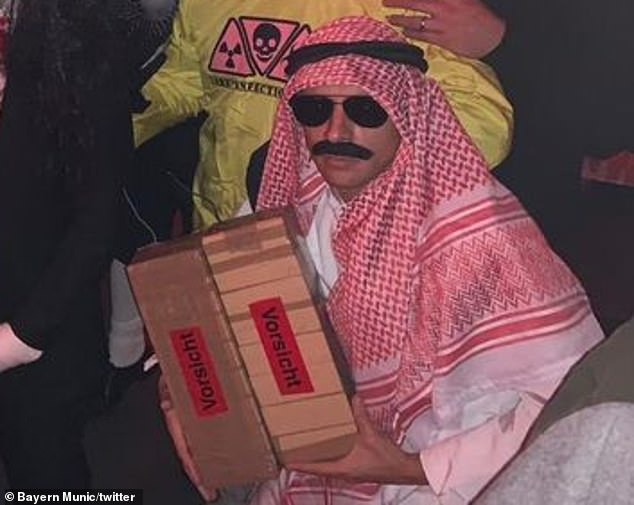 ‘It was not my intention to anger anyone through my disguise or hurt someone’s feelings.’

‘I am sorry, I am (sic) respect all countries and all religions!’

One players came dressed as ‘Jigsaw’ from the Saw movies, while others wore ghost costumes. But it was Rafinha’s choice of attire that caught the eye in the picture, which was later taken down.

Rafinha also removed his original apology, posted on Instagram, which featured a picture of him wearing the thawb and keffiyeh.

Rafinha took down his original apology, which featured a picture of him wearing the outfit 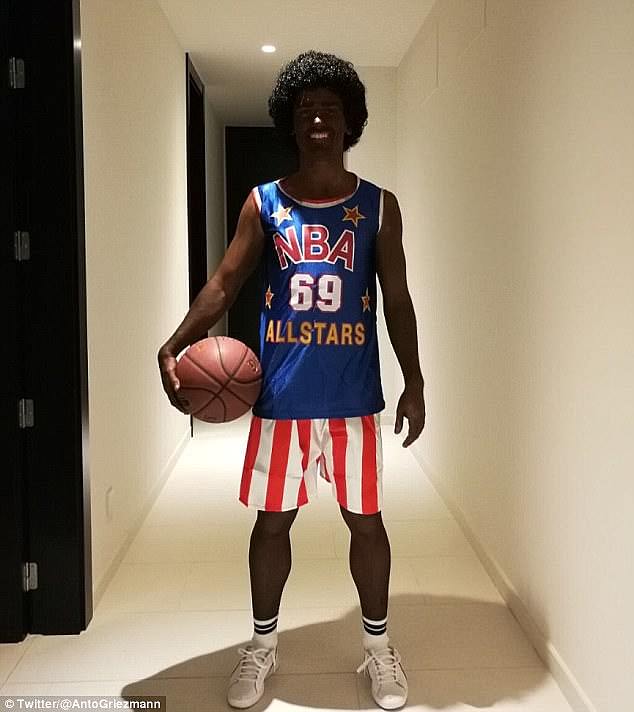 The Brazilian is the not the first footballer to hit the headlines for a controversial choice of fancy dress costume.

Rafinha has also faced criticism online, with Bayern urged to take action against the ‘uncultured’ player.

‘We are disappointed… (Rafinha) thought it would be funny to portray Arabs as terrorists,’ one fan wrote on Twitter.

‘He represents Bayern and a large part of Bayern’s fanbase are Arabs. We demand an apology. #UnculturedRafinha’

Another added: ‘Someone’s culture is never okay to be your costume. But that was not enough for him so he carried around boxes that look like explosives… @FCBayern this (is) disgusting and not acceptable DO SOMETHING.’