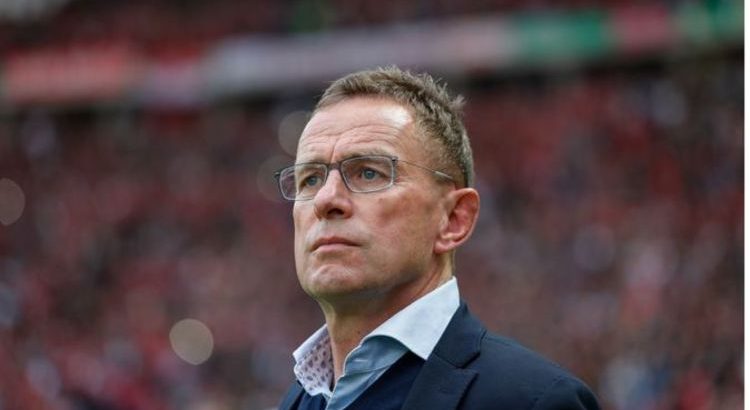 Ole Gunnar Solskjaer’s tenure as manager came to an end on Sunday, with the Norwegian paying the price for a spate of poor results. Ralf Rangnick is reportedly the man to come in as his replacement, although the German has already been through this process before – having held previous talks with United chief John Murtough in 2019.

The report states that at the start of the 2019/20 season, United’s director of football John Murtough travelled to Leipzig to study Red Bull’s group facilities.

Rangnick, who was eager to show Murtough the club that he had built up from the fifth-tier to the top-flight, ended up talking with Murtough for eight hours.

And the impression he garnered from Murtough led him to believe he had been sounded out as a potential director at United.

The report claims that Murtough was impressed with how well Rangnick worked with Helmut Gross and Lars Kornetka, who is reportedly set to become Rangnick’s assistant at Old Trafford.

And the pair offered glowing reviews on the former Schalke boss, praising his perfectionist mindset.

Solskjaer was criticised by pundits for his lack of tactical nous and awareness.

With three heavy losses in the last month of his tenure, fans had lost patience with the man they continue to regard as a hero.

Having done so well to get United up to second place in the league and a Europa League final, this year was the year United were supposed to kick on and push for the Premier League title.

But the Red Devils currently languish in eighth after just one win in seven Premier League games – leaving Rangnick to come in and pick up the pieces.

And his players will likely be inspired by the tactical work that he has built a name for himself with.

“Tactics, fitness and rules are all hugely important, but they’re only a means to an end,” Rangnick said previously.

“My job – the job – is to improve players. Players follow you as a manager if they feel that you make them better.

“That’s the greatest, most sincere motivation there is.”

Having led Leipzig to a promotion in his first year managing the club, and a third-placed Bundesliga finish in his second stint, Rangnick is a pioneer at introducing new tactics to underperforming sides.

And with the players on offer at United, fans will be hoping he can guide them to Champions League football like he did with Die Roten Bullen.