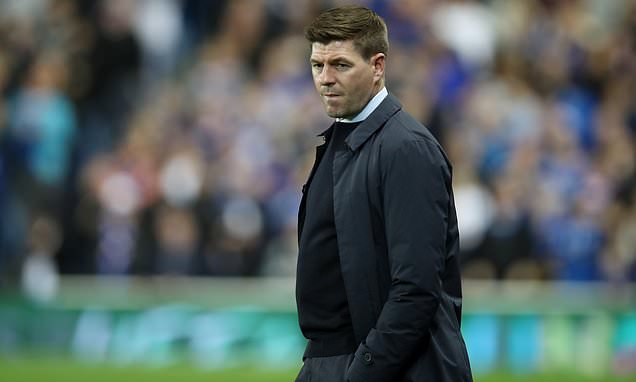 Rangers 1-1 Hearts: Craig Halkett provided 90th-minute equaliser to claim a dramatic draw at Ibrox and stay a point behind the Scottish Premiership leaders

John Lundstram’s wonderful first-half strike from 30 yards had given the home side a deserved interval lead but they could not add to it as the game went on.

And after Jambos boss Robbie Neilson was sent off by referee Don Robertson with three minutes remaining, a mistake by Gers keeper Allan McGregor from a corner allowed Halkett to nod in at the back post to keep the visitors unbeaten in the league and still a point behind the champions. 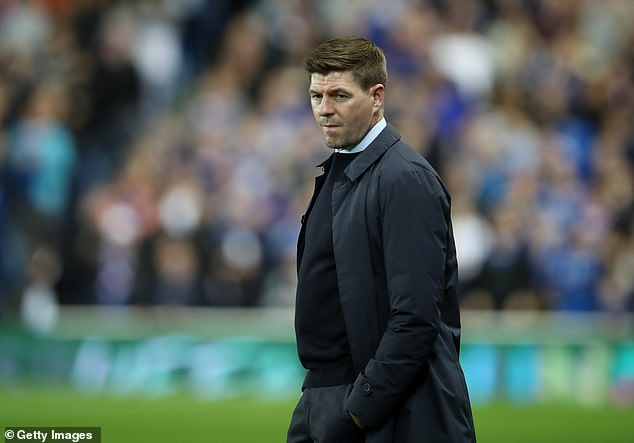 Hearts had come to attack but in front of around 1,000 away fans, Rangers threated with pace and creativity.

The Light Blues kept probing and following a Borna Barisic corner in the 28th minute, Gordon made a brilliant double save from Leon Balogun, first from the header and then a close-range shot, before Hearts cleared their lines.

The visitors seemed to have stemmed the tide but when Hagi’s cross from the right into the box was repelled out to Lundstram, the former Sheffield United player teed up his shot and sent the ball speeding past Gordon.

Rangers were less fluid after the break in the 66th minute only a brilliant block by Gorgie defender Stephen Kingsley stopped Morelos’s goal-bound shot.

Then Hearts began to threaten.

McGregor made a great save from Liam Boyce as the offside flag went up, but then the Gers keeper stopped a shot from former Rangers attacker Barrie McKay after he had outstripped the Light Blues defence. Another save from Cameron Devlin’s long-range shot had the Gers nerves jangling.

Back came Rangers and Gordon knocked a shot from substitute Kemar Roofe, on for Hagi, on to the post and the danger was cleared.

In an increasingly tense finish, Morelos missed an open goal after being set up by Roofe.

Neilson picked up a yellow card after a melee on the touchline which also saw Kingsley and Gers substitute Juninho Bacuna cautioned, then a second yellow for seeming to keep chirping on at referee Robertson.

But there was even more drama to follow in the last minute of normal time when McGregor flapped at a corner from substitute Gary Mackay-Steven and the unmarked Halkett headed in at the back post to send the travelling fans wild with delight.