Rangers head for Russia: Boss Steven Gerrard leads the way as they jet off for Europa League clash with Spartak Moscow looking to cement top spot

Rangers are on their way to Russia as they look to continue their strong start to the Europa League with a victory against Spartak Moscow.

Steven Gerrard and his squad were pictured at Glasgow Airport on Wednesday as they prepared to make the five-and-a-half hour journey to the Russian capital.

The Gers sit top of Group G after three games, having drawn with Villarreal, beaten Rapid Vienna and been held to a stalemate by Spartak last time out. 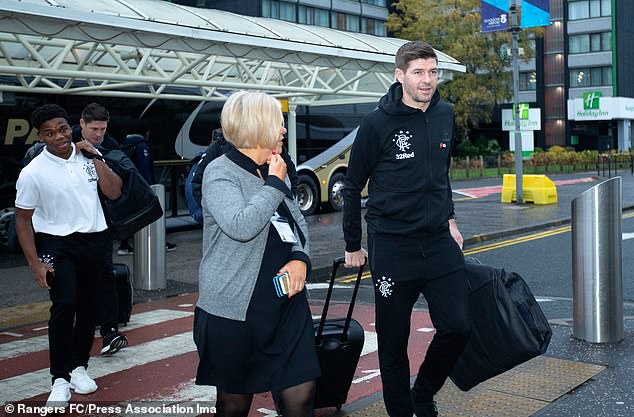 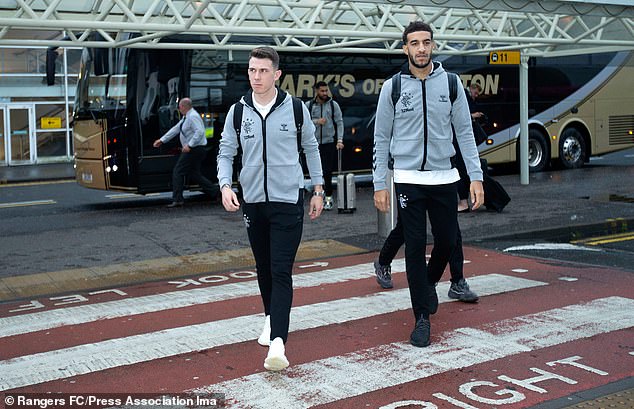 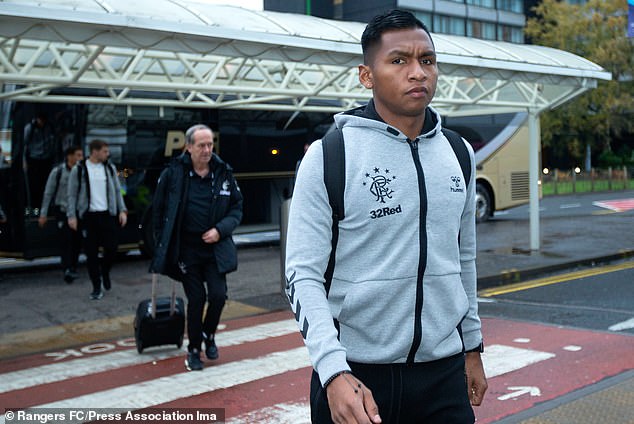 Gerrard looked relaxed as he strolled off the team coach towards the airport in black training gear, with stars including Alfredo Morelos following close behind.

Ryan Jack and Connor Goldson were among the other regular first team players making the journey to Russia, which comes just four days before an important league fixture at home to Motherwell.

Riancho accused supporters of wanting the ‘complete destruction’ of the club and risking breaking the careers of the team’s younger players on Sunday.

The comments came after players felt the wrath of the fans even before they suffered a fourth consecutive home league defeat, losing 2-1 to Ural.

Supporters remain unhappy over the dismissal of Italian manager Massimo Carrera days before Spartak’s goalless draw in Glasgow last month and Riancho is feeling the brunt of their anger. 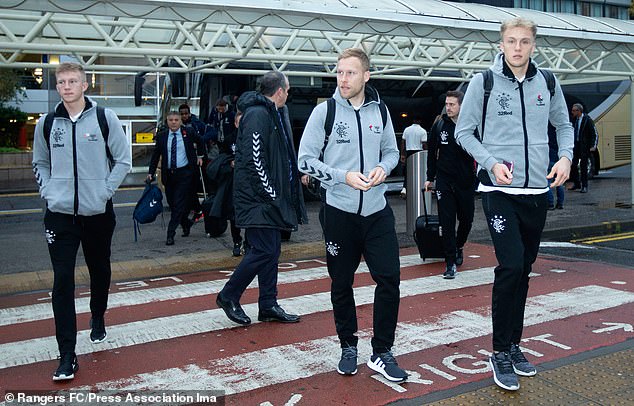 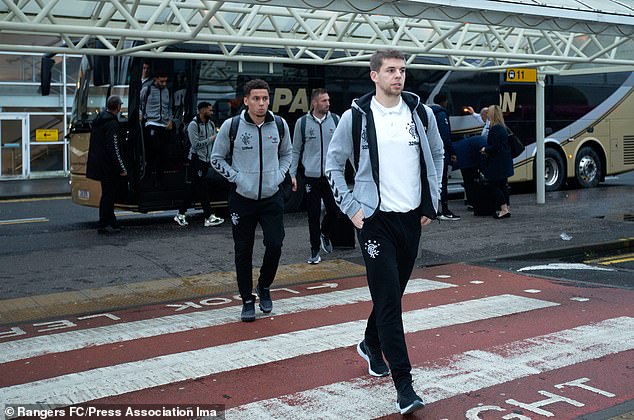 The 45,000-capacity Otkritie Arena is expected to be less than half full for Thursday’s Europa League encounter and the Spaniard is happy to take the criticism if it means the fans back his players.

Speaking through an interpreter at a media conference, Riancho said: ‘It will not be easy to play in such an atmosphere, but as long as Spartak are my employee, as long as they pay my wages, my primary task is to protect the players from outside influences which are sometimes negative.

‘The players normally perform their best only when they are steady, calm, secure and happy. Only this way can they play their best.

‘If I succeed in protecting the players even a tiny bit, it will be a great feeling.’ 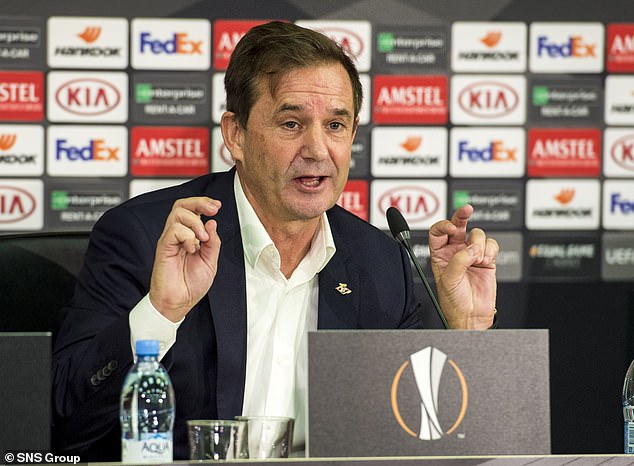 Riancho came under serious scrutiny over his tactics on Sunday and was asked his opinions on supporters’ nicknames for him.

‘I’m not interested at all in any nicknames people give me,’ he said.

‘I’m an employee of Spartak, I have real feeling for the club. If journalists are trying to kill me with their questions, let it be.

‘As long as I stay here I will do my best to fight for this club and make this club win.’

Spartak succeeded in containing Rangers at Ibrox but, given they sit bottom of Group G with two points from three games, they will adopt a different approach at home to the leaders, who have five points.

‘For sure the game will be different,’ Riancho said.

‘In the first match, Rangers were at home where they are very powerful with their support behind them. The initial idea was to keep a clean sheet and if possible to score late on.

‘This time we are playing at home and our only chance to qualify is by winning so we will be more stressed on attacking.’