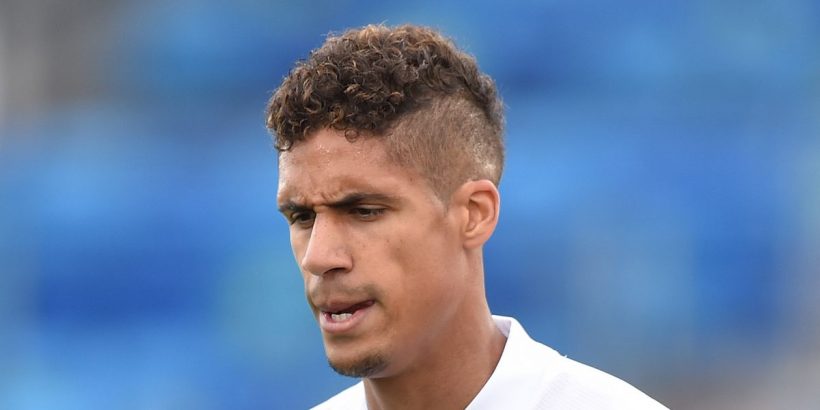 Manchester United target Raphael Varane has set his sights on a move to the Premier League this summer after turning down a contract extension at Real Madrid.

Varane, 28, only has a year remaining on his current Real deal, meaning he will be able to begin negotiating a free move abroad at the turn of the year.

Los Blancos are therefore keen to offload him while they still can in the upcoming summer transfer window, especially given he has rejected a two-year extension, which included the option for more, at the Bernabeu.

According to The Mirror, Varane's agents are hoping to meet with United chiefs this week to discuss a potential switch to Old Trafford.

Ole Gunnar Solskjaer is said to have identified the France centre-back as one of his top targets, with the Red Devils boss on the hunt for a new defensive partner for captain Harry Maguire.

Paris St-Germain are also interested in prising Varane away from Madrid, but the player wants to head to England if he is granted a transfer this summer.

Do you think Raphael Varane will move to Manchester United this summer? Let us know in the comments section below.

It is believed Real are demanding around £50million for his services, which would help them fund a mega-money move for either PSG superstar Kylian Mbappe or Borussia Dortmund sensation Erling Haaland.

Carlo Ancelotti and co are confident they can cope with Varane's departure after sealing a free deal for outgoing Bayern Munich defender David Alaba.

However, it was the World Cup winner himself who turned down a contract extension at the club, having been left frustrated by Real's decision to negotiate new deals with Luka Modric, Lucas Vazquez and Sergio Ramos first.

Varane has made 360 appearances for the Spanish giants since joining from French club Lens in 2011, scoring 17 goals and winning four Champions Leagues, three Spanish titles and the Copa del Rey.

He has also been capped 77 times by France since making his international debut in 2013, playing a key part in their 2018 World Cup triumph.

United are not only being linked with a move for Varane, as reports suggest Borussia Dortmund winger Jadon Sancho is again on their radar.