It was hard not to feel sorry for Real Madrid coach Julen Lopetegui as he watched Real Madrid lose at home to Levante, what now remains to be seen is if there is any sympathy from the club’s president Florentino Perez.

He is no stranger to sacking managers early in a season and he will feel he has some justification after Madrid lost at home to Levante for only the second time in their history beating their own record for failing to score along the way.

The fans polls are already running online asking supporters if they feel Lopetegui should be relieved of his duties before the meeting with Barcelona next week. 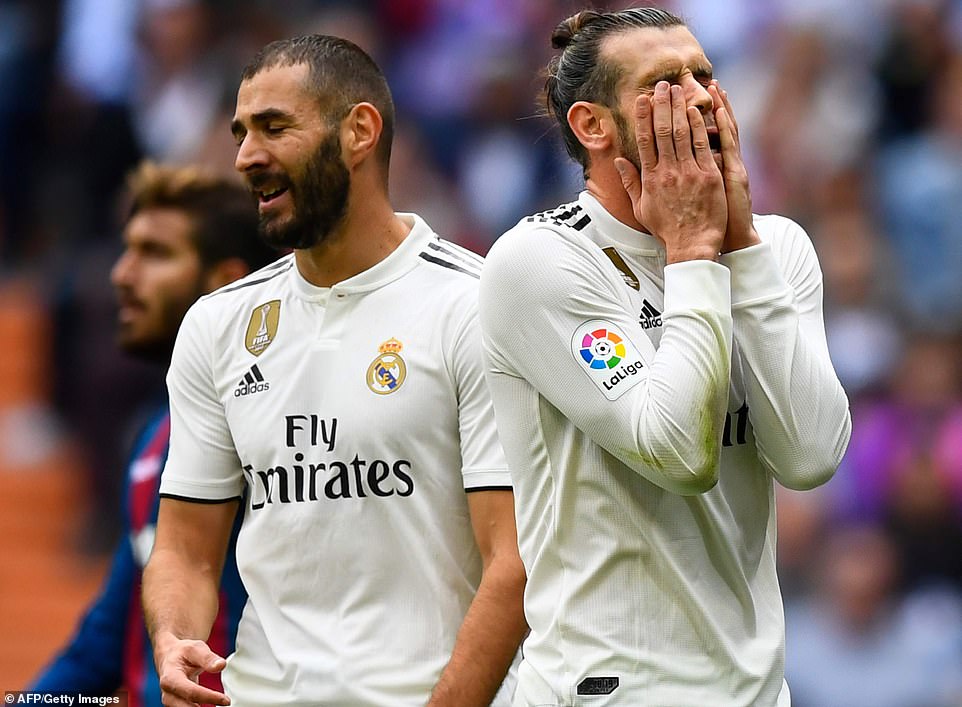 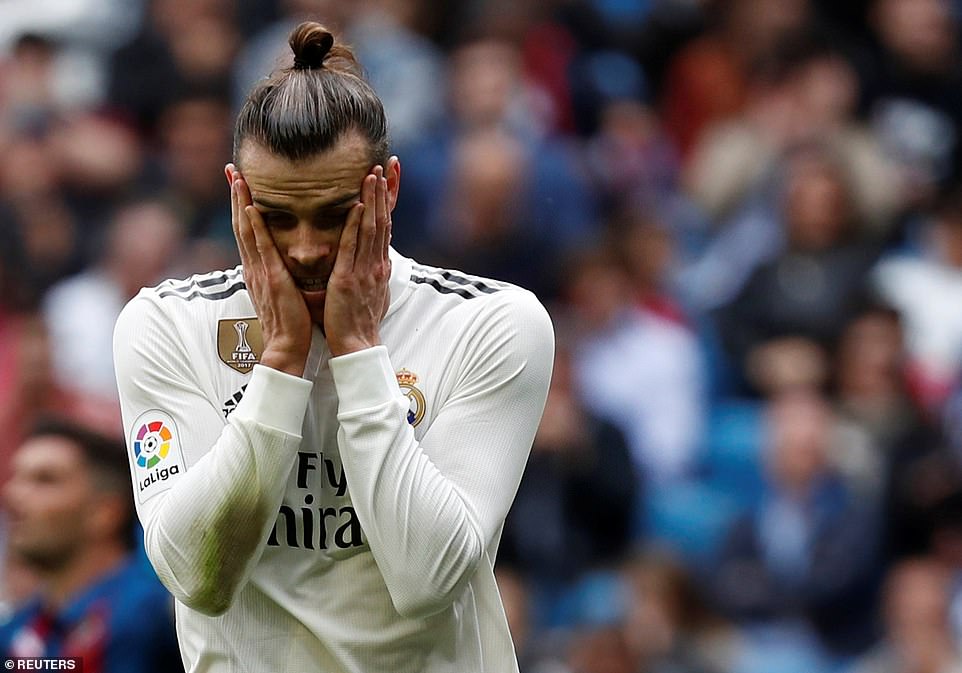 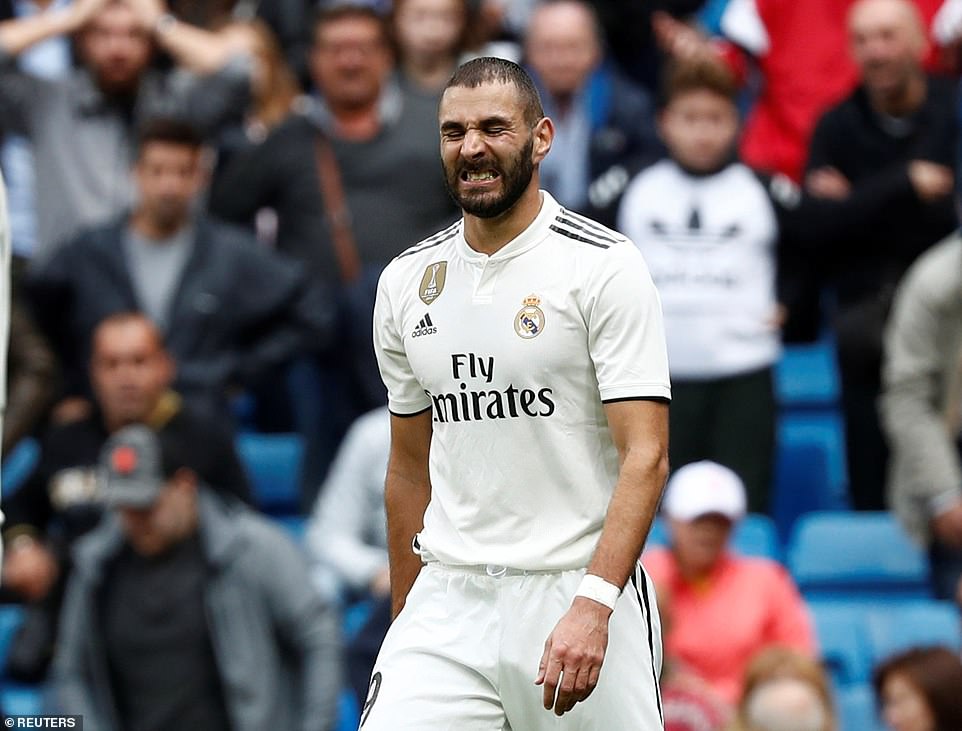 Benzema, who also started the game on the bench, expresses his frustration as Real were beaten 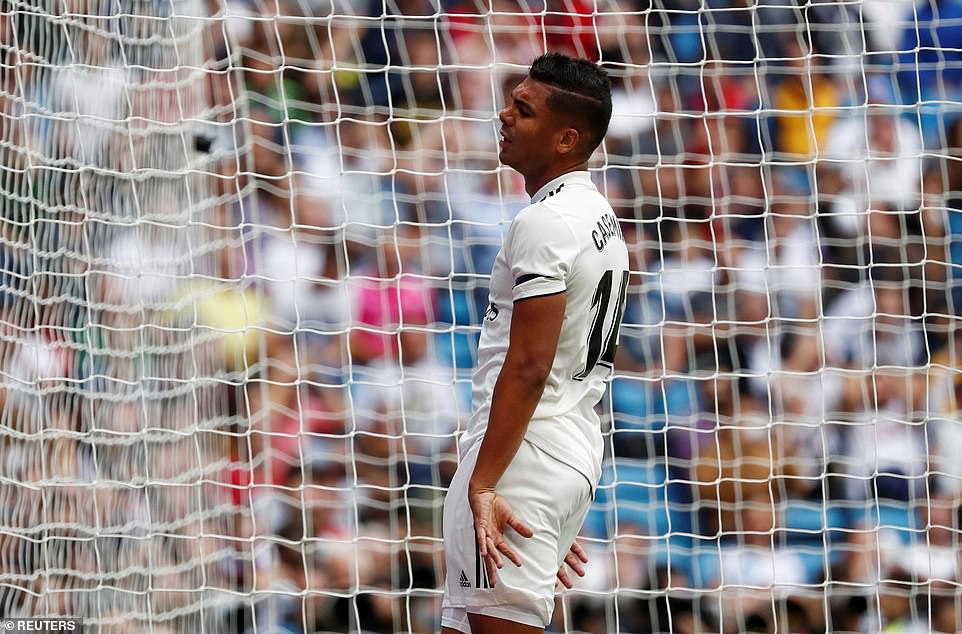 Eventually Madrid broke their scoring drought but only after they had passed the milestone of 464 minutes without a goal beating the previous worst run set in 1985.

Lopetegui did his best to put on a brave face after the loss. Asked if he feared the sack he said: ‘Right now that is the last thing on my mind. I just want to lift the players for the next game.’

He was upset that the referee had only added four minutes but in truth things are going so badly for Real Madrid that you wonder how much more time they would have needed to get the equaliser.

They were picked apart on the break in the first half, looking dishevelled and disorganised. In goal Thibaut Courtois got his hand to a first-half penalty but could not keep it out.

Rookie right back Alvaro Odriozola was hooked at half-time. Raphael Varane was at fault for both the goals and Sergio Ramos was unable to lift the team alongside him.

Luka Modric looks exhausted in midfield and alongside him he had Isco returning just 24 days after an appendix operation looking a long way from match fit.

With Gareth Bale and Karim Benzema on the bench Marco Asensio and Lucas Vazquez were both given starts but neither shone as Levante raced into a 2-0 lead.

They were ahead after just seven minutes when a long ball over the top from Sergio Postigo dropped to Jose Luis Morales who had got the wrong side of Varane.

It should have been a routine interception from the France centre back and Morales accepted the gift and scored past Courtois. 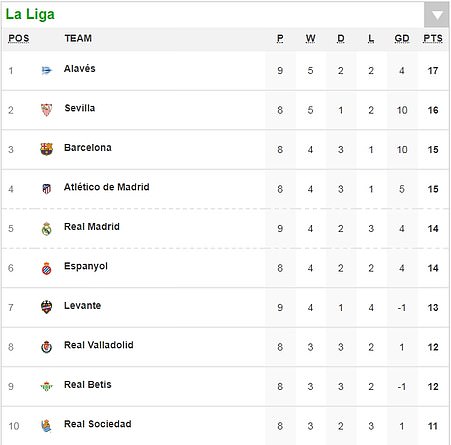 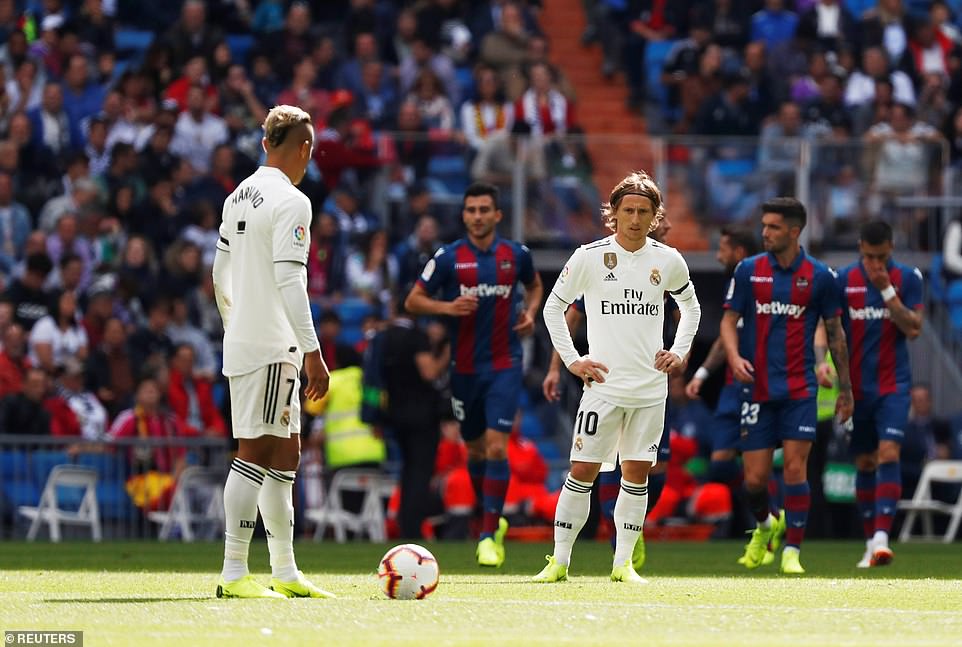 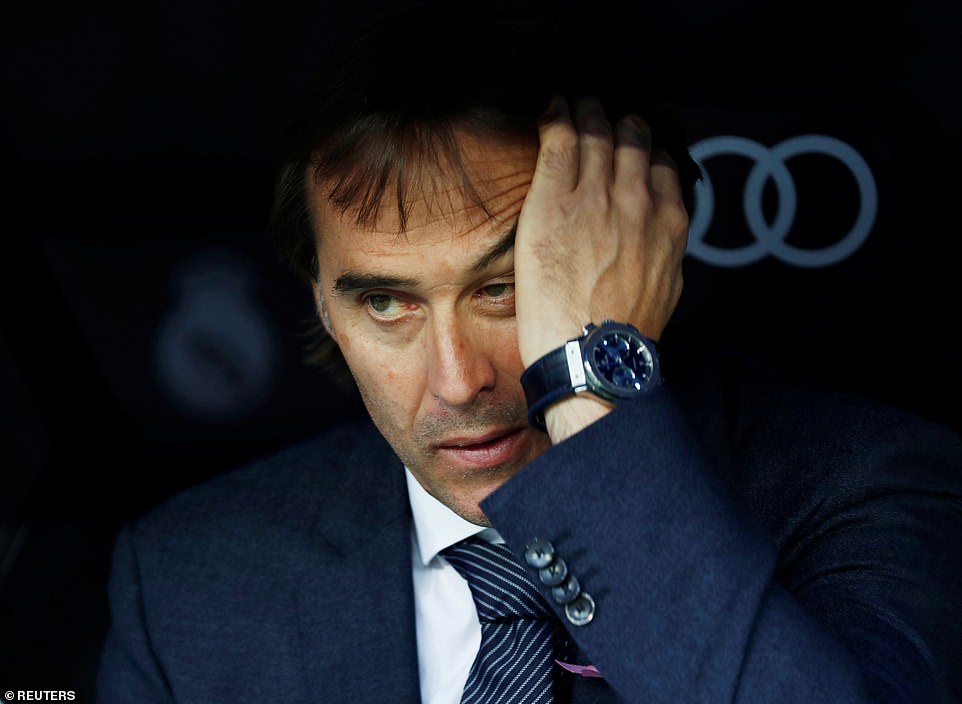 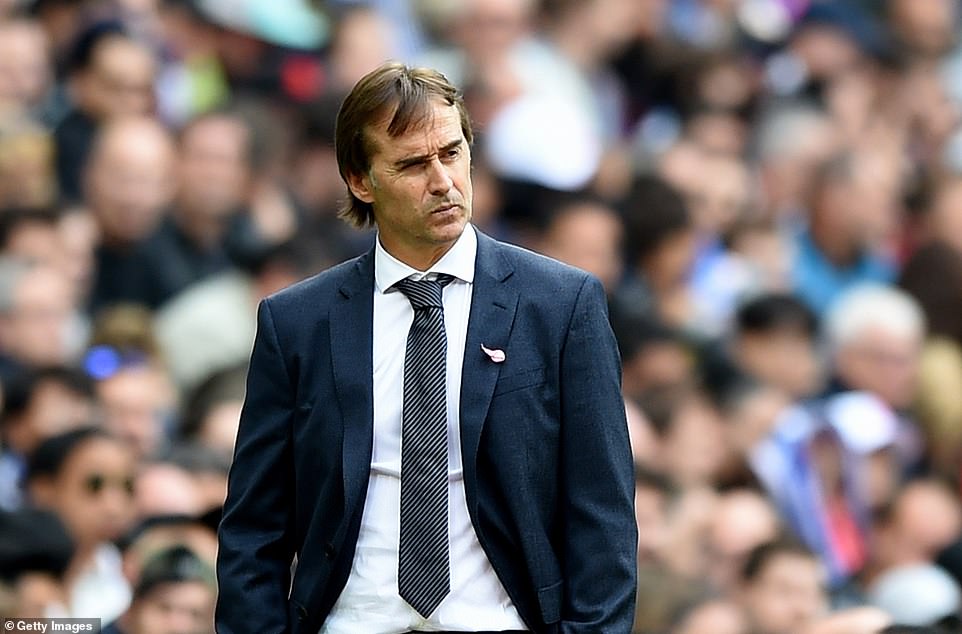 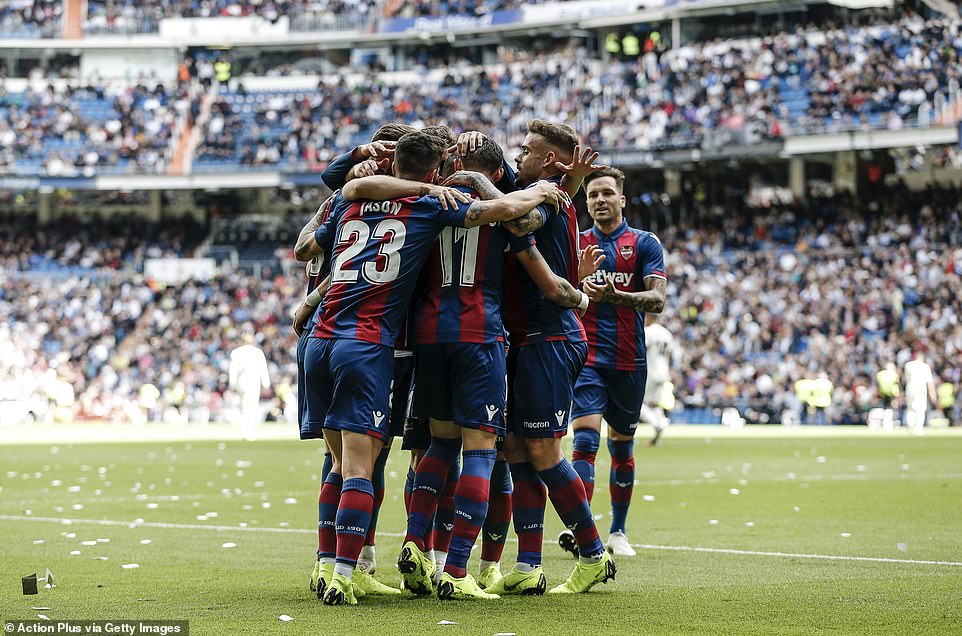 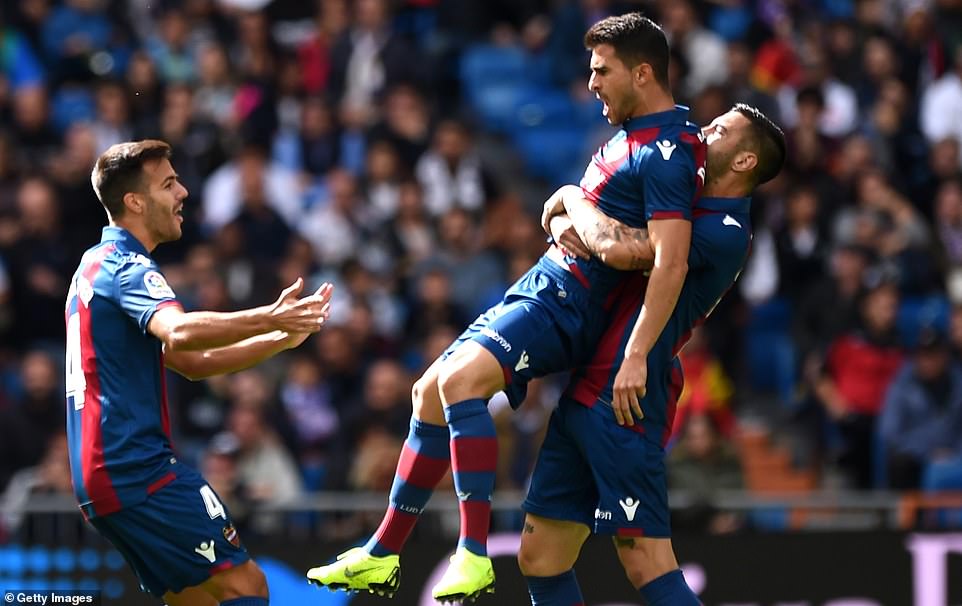 Varane’s afternoon went from bad to worse when he handled on the edge of the area. The referee gave a free-kick but VAR alerted him to the incident having taken place inside the box and he rectified pointing to the spot.

Roger Marti stepped up to take the penalty sending it past Courtois on 13 minutes.

Madrid were stunned but Ramos crashed a header on to the bar and Asensio nodded it over the line Madrid thought they had pulled a goal back. But VAR once again intervened in Levante’s favour adjudging Asensio to have been offside when Ramos’ header hit the frame of the goal.

Madrid had further chances to get themselves back into it but Mariano’s header came back off the crossbar and with a volley from just three yards out Lucas Vazquez cold not beat Oier Olazabal who saved with his right foot.

In the second period Marcelo, who kept flooding forward despite also looking some way off full fitness smashed a pass from Benzema into the roof of the net. Bale went close with a free-kick that sailed just over and with two minutes left Mariano converted from close range but was correctly ruled offside. 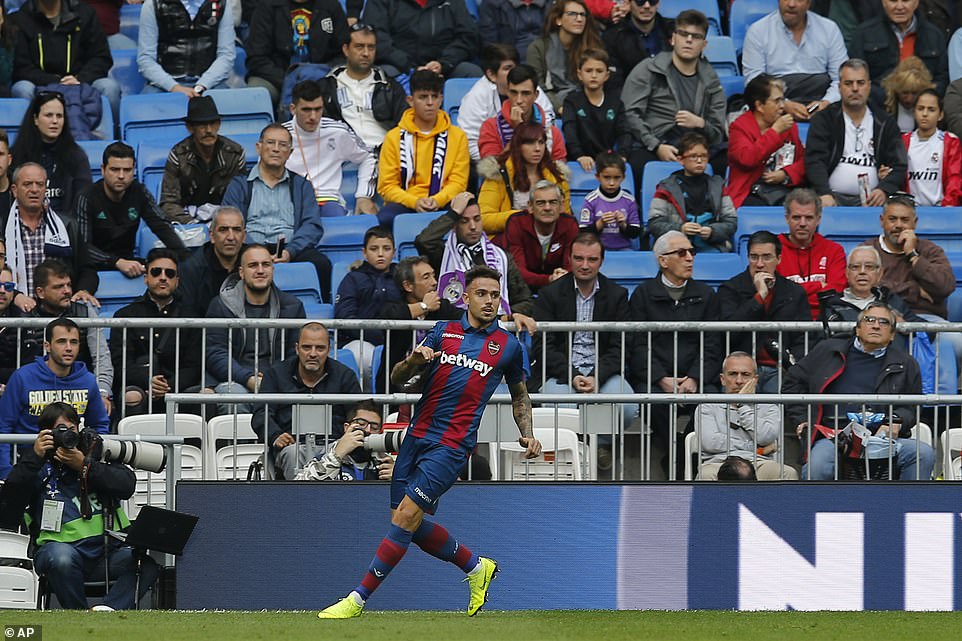 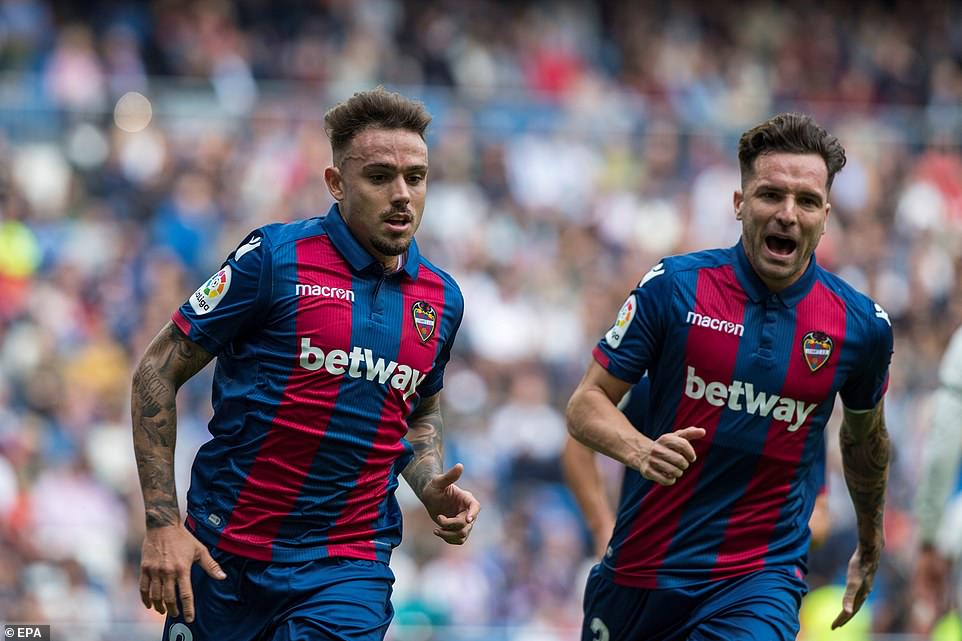 Marti celebrates his goal, which meant that Levante doubled their advantage against their high-profile opponents 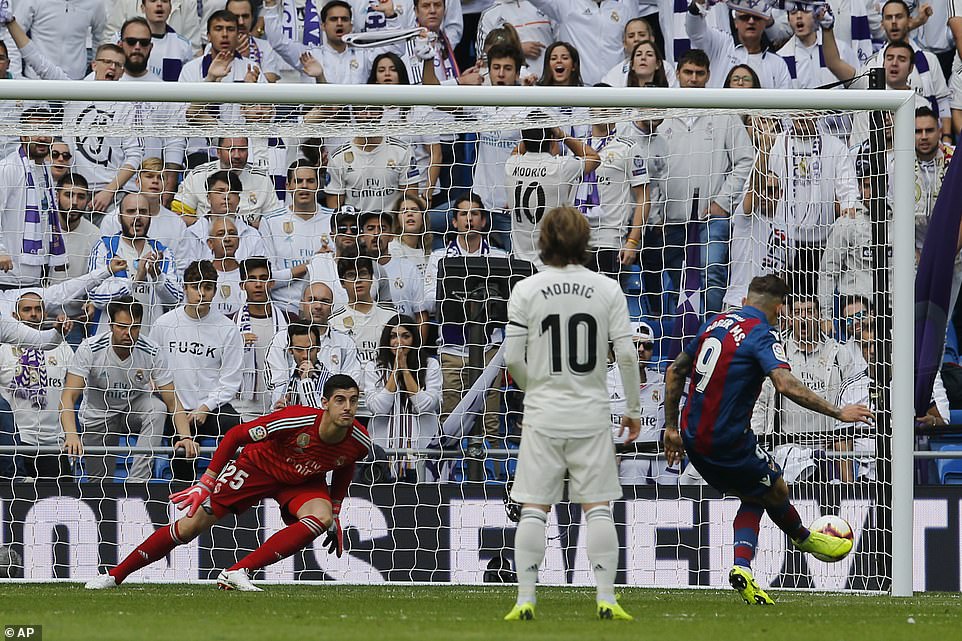 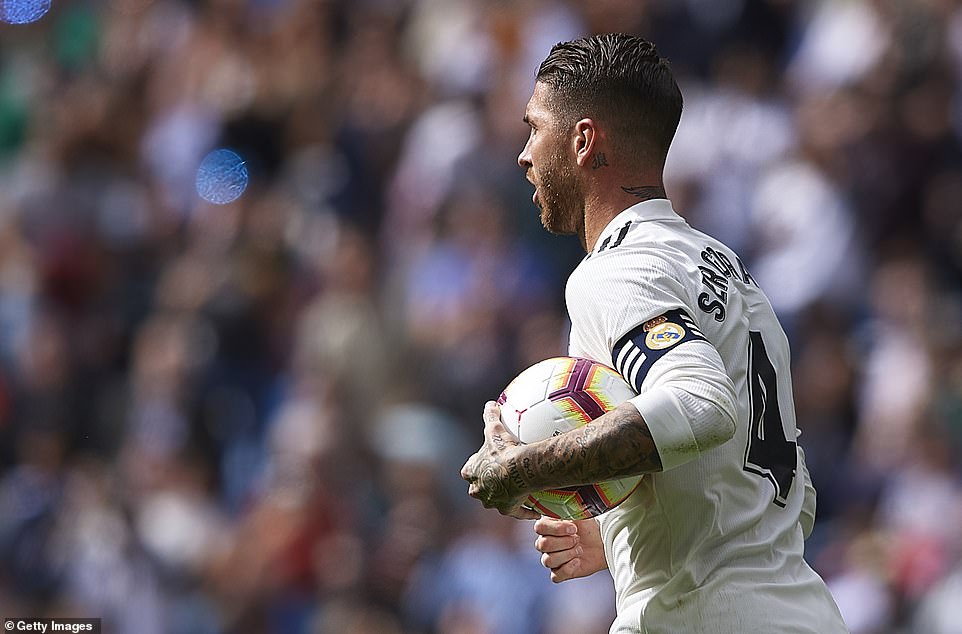 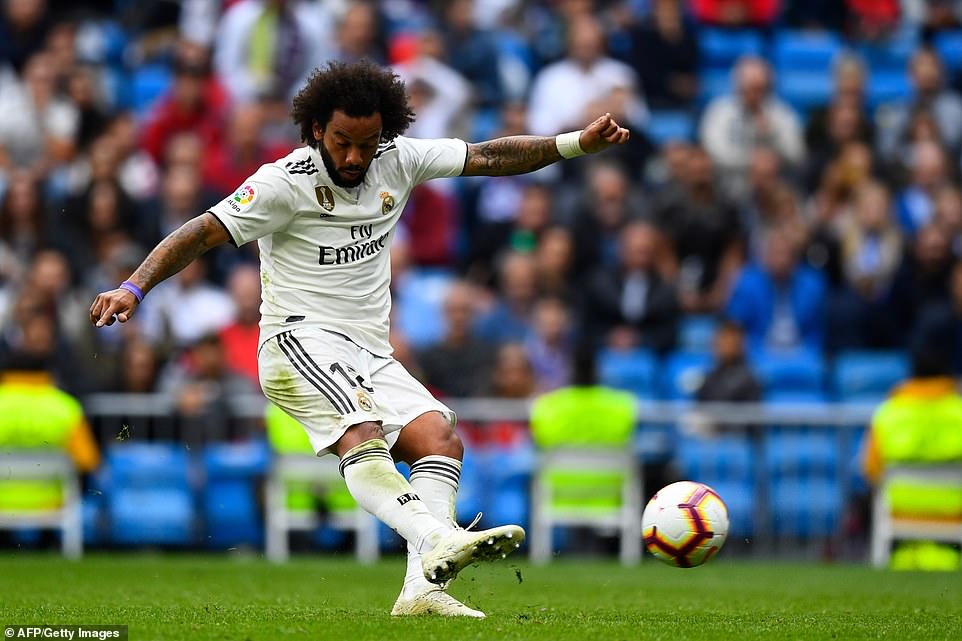 Real Madrid defender Dani Ceballos was asked directly about his coach’s future after the game. He said: ‘It’s not my decision but we are with the coach and we have to look towards the next game.’

Lopetegui will hope to still be in charge for next weekend’s Clasico. Asked about the team’s terrible run of form Ceballos added: ‘We had to win this one 100 per cent and we were not able to.

‘We were the better team and we had chances but we cannot go on runs like this with so many weeks without winning.’

That is the truth in black and white and although there are countless grey areas including the lack of good fortune for Lopetegui, the loss of Cristiano Ronaldo and having players some way from full fitness, they might not be enough to save him. 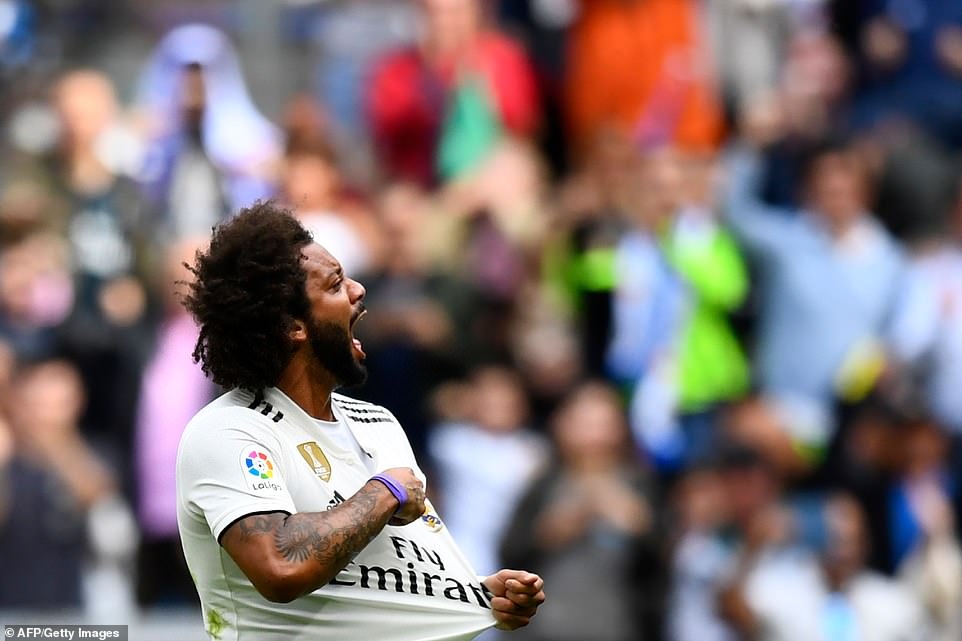 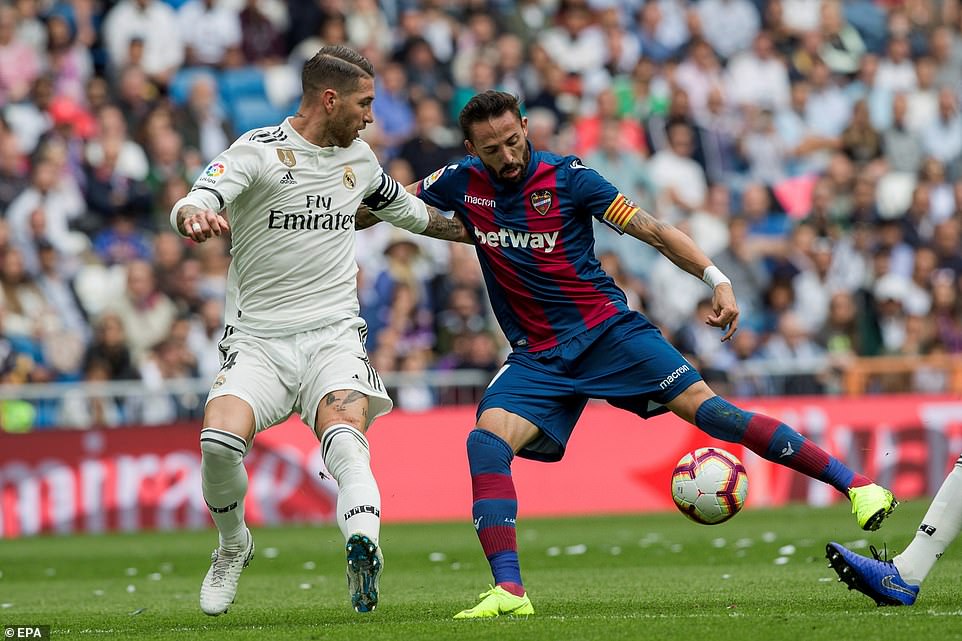 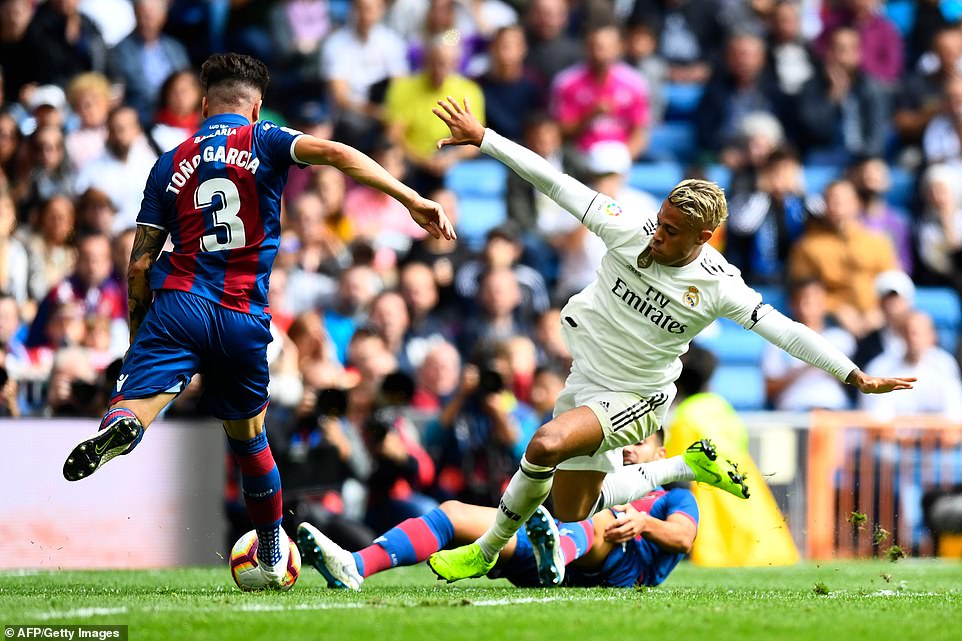