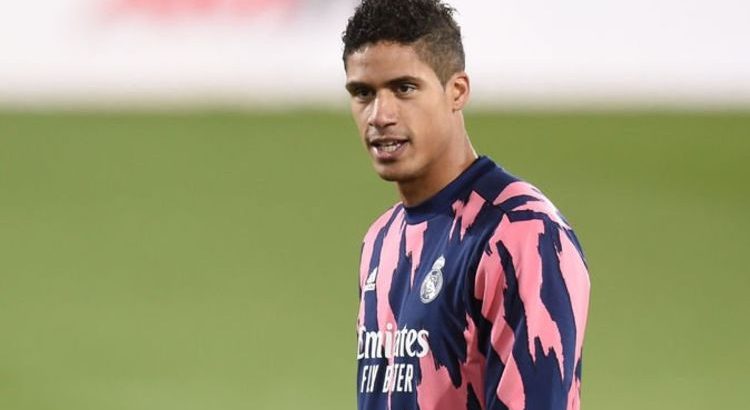 Messages of support after Marcus Rashford's mural is defaced

Real Madrid are reportedly agreeable to Raphael Varane’s move to Manchester United, but only on the condition they pocket £51million (€60m) for selling the centre-back. With the signing of Jadon Sancho completed, United are looking now to move for another world-class talent, this time French defender Varane.

The French international, 28, has been at Madrid since 2011, and has made 360 appearances for the Spanish giants.

He has been linked with a move to Manchester for months, as Ole Gunnar Solskjaer looks to bolster his squad this window.

Varane, a World Cup winner, is one of the most highly-rated centre-backs on the planet and would turn United’s defence into a structured and reliable fortress.

A back-four consisting of Luke Shaw, Harry Maguire, Varane and Aaron Wan-Bissaka would have Solskjaer positively beaming, as he looks to mount a title challenge next season.

His move from Madrid however, is not going as smoothly as the Red Devils would like.

Reports have suggested that Madrid will sell Varane £35m, however, The Athletic report that it will cost United £51m to prise the player from the Bernabeu.

As he rejected a contract extension that will keep him there beyond next year, Madrid will have to sell now if they are to make any profit and avoid letting him go for free.

Personal terms will still have to be agreed with the four-time Champions League winner, who is apparently looking for a new test away from Spain.

His test will be turning the Red Devils back into the side they once were.

United are widely renowned for having all-time great Premier League centre-backs, yet in recent years they have been sorely lacking for leaders in defence.

A partnership with England’s Maguire could be the beating heart of a United resurgence.

Solskjaer has so far made a real statement of intent with the recent signing of Sancho, and now looks closer to completing a move for the highly experienced Varane.

Marcelo recently leapfrogged Varane in taking the captain’s armband from Sergio Ramos at Madrid, which is perhaps what gave the Frenchman his new sense of purpose.

United will look to build on last season’s performance, and they certainly look like they are making positive headway.

If Varane indeed does arrive, then they will have a terrific side to put out against Leeds on August 14th, where they can make their season’s intentions clear right from the off.