Real Madrid have set off for the Czech Republic ahead of Santiago Solari’s first Champions League game in charge of the club.

And caretaker boss Solari will be looking to make it two wins from two since taking over from Julen Lopetegui, who was sacked last week following a disastrous start to the season. 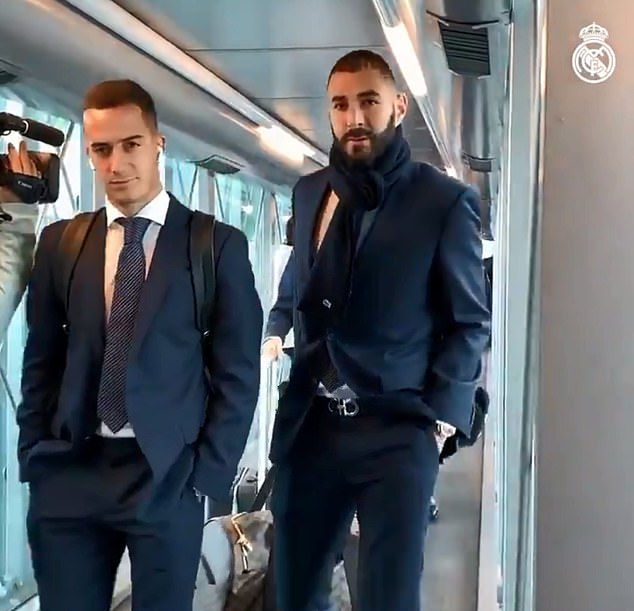 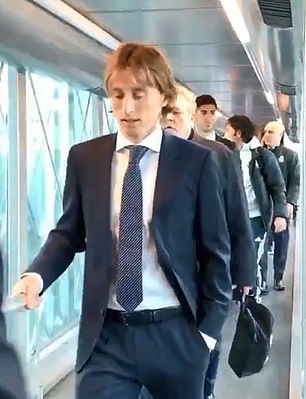 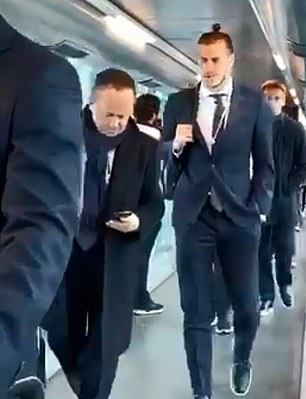 The likes of Sergio Ramos, Luka Modric and Gareth Bale looked in a serious mood as Madrid shared a video of the squad making their way onto the plane at Adolfo Suarez Madrid–Barajas Airport on Tuesday morning.

The trio of Thibaut Courtois, Casemiro and Vinicius Junior looked more relaxed as they smiled for the cameras before joining their team-mates on board.

The team are scheduled to land around 1.30pm and undergo their final pre-match training session at the Doosan Arena later that evening. 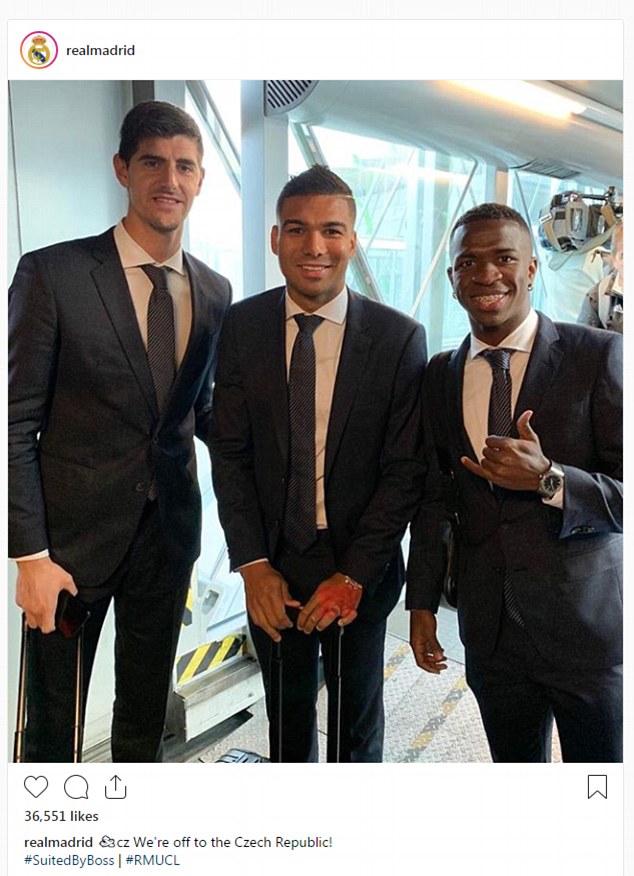 L-R: Thibaut Courtois, Casemiro and Vinicius Junior looked in good spirits ahead of the flight

Madrid ended their five-game winless run in La Liga on Sunday night with late goals from Vinicius and Ramos securing a hard-fought victory against Real Valladolid at the Bernabeu.

While their domestic form has been poor, the Champions League holders have looked more comfortable in Europe, sitting top of their group, ahead of Roma on goal difference.

The first meeting with Plzen ended in a 2-1 win for Madrid, Karim Benzema and Marcelo getting the goals at the Bernabeu. 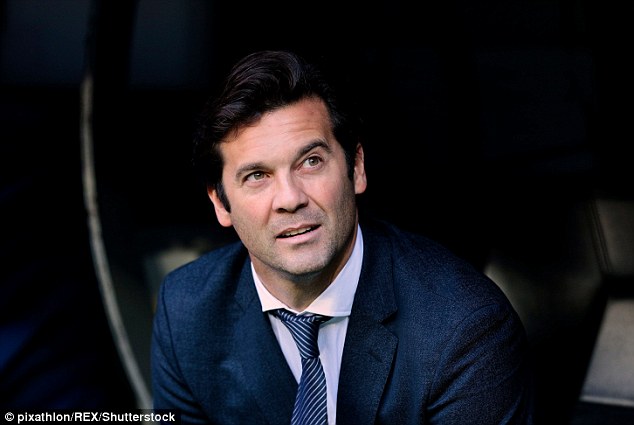