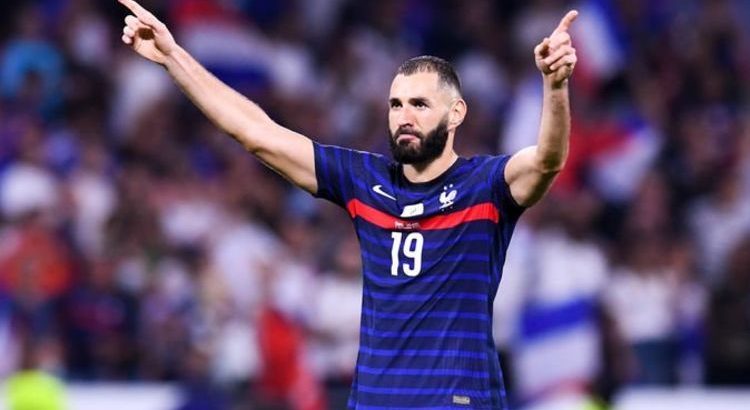 Karim Benzema has opened the door for an emotional return to Lyon in a revealing interview with French outlet TF1.

Benzema played at Lyon’s Groupama Stadium yesterday for the first time – albeit in France colours – as Les Blues ran out 2-0 winners against Finland in their World Cup qualifier.

He was expecting a standing ovation after excelling for the club at their old Stade de Gerland ground and was duly rewarded as he took to the pitch with fans singing his name.

Having joined the club as a 10-year-old when he scored two goals against their youth academy, he went from strength-to-strength at his hometown club by scoring 66 goals in 148 games before his move to the Spanish capital as a 21-year-old.

And with the inevitable questions that he knew he would receive about a potential move back to his home city, Benzema praised the fans for giving him a wonderful reception.

“I have had a magnificent evening, I expected the ovation because Lyon and I have a love story,” Benzema said to TF1.

“I have to thank the fans for having come en masse, I’m happy and proud. It has been one of my most beautiful nights, in addition the victory was very important for us.”

His contract with Los Blancos runs out in 2023, meaning that Lyon fans will have to wait until at least two summers if they are to sign him on a free transfer.

However, Benzema echoed his willingness to move last year, stating that he was open to a move back to where it all started.

“I won’t return now, because I’m at the best club in the world and want to stay here,” he said.

“But to finish my career at Lyon, why not? They are my team and they are in my heart.”

With the Frenchman continuing to excel for the Spanish giants, the French side are unlikely to conduct a move for him yet.

However, according to president Jean Michel Aulas, there has been contact for him.

“I know there was contact with Benzema last season via Juninho,” the long-serving owner said.

“If there is a possibility of Benzema returning to Lyon, we will of course find the solution.

“For our fans, that would be a dream. It all depends on Real Madrid’s results.”

With Real’s arch-rivals Barcelona currently undergoing a transition period, it is expected they will battle city rivals Atletico Madrid for the La Liga title this season – meaning Lyon may have to wait just that little bit longer.